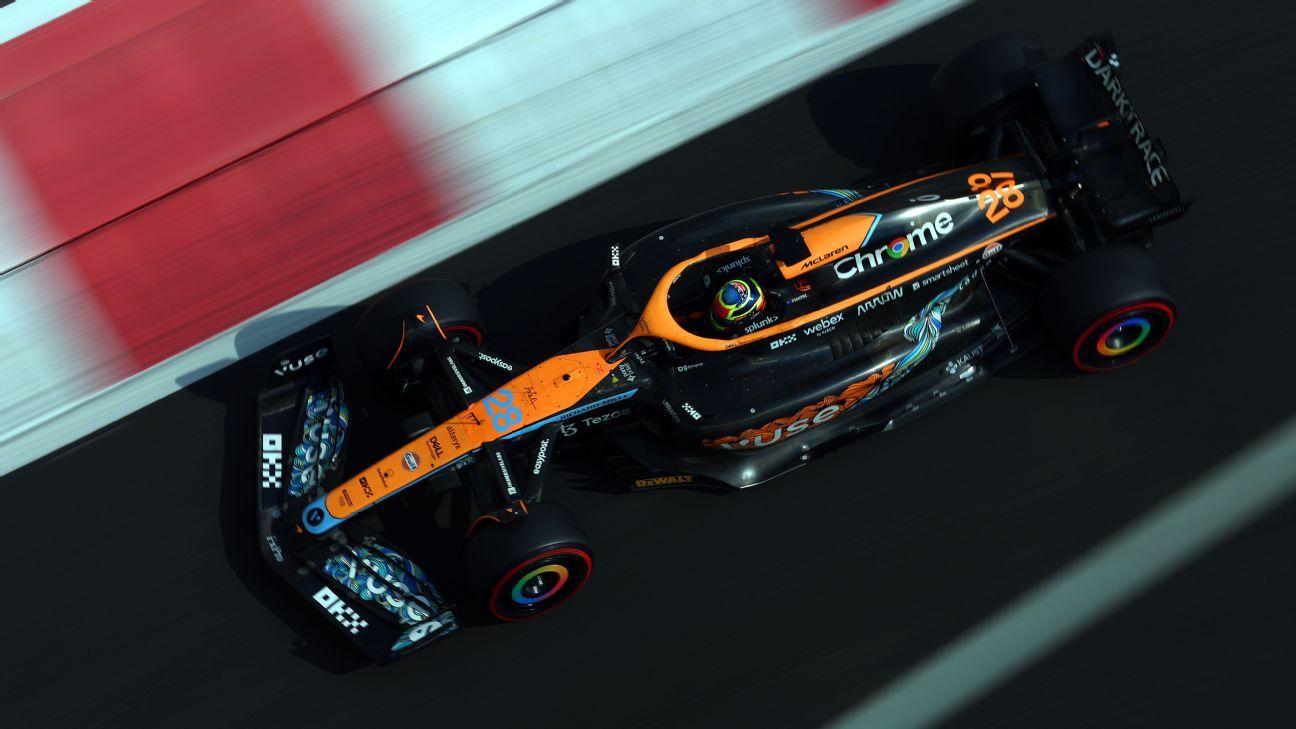 McLaren is Formula One’s ultimate sleeping giant but team CEO Zak Brown thinks it will have all the tools in place to compete for championships by 2025.

Daniel Ricciardo’s 2021 Italian Grand Prix win is McLaren’s only victory since the final race of the 2012 season, while the team’s last drivers’ championship was won by a baby-faced Lewis Hamilton in his sophomore F1 season, 2008.

McLaren’s long-awaited new windtunnel will be completed midway through 2023 — after delays and complications stemming in part from the COVID-19 pandemic — and Brown thinks it will be the final piece in the puzzle.

“I think we’re two to three years away,” Brown told ESPN ahead of the new season. “I’d love this year to look like ’21, mixing it up with the top three. But we still don’t have all of our technology infrastructure in place.

“By ’24, we will have had it in place but not for the entire development of the ’24 car. So ’24 I’d like to think would be a good step forward, where I think we could be mixing it up on a more regular basis.

“Then in ’25 we have everything we need – drivers, people, resources, windtunnel, simulator. There’s no reason why, on paper, we shouldn’t be in a position to be challenging at the front on a regular basis by ’25. That’s certainly our ambition.”

He added: “There were some investments we would make as a Formula One team that we chose not to make, because we made them into our windtunnel. So it’s just not been an optimal operating situation, which will change here middle of the year.”

On paper, 2022 might have looked like a step backward from McLaren’s steady progress since Brown became CEO. The team slipped from fourth to fifth behind midfield rivals Alpine in the championship, which was the team’s worst finish since 2018.

A difficult start and the poor form of Ricciardo, which led to the Australian’s early departure from the team one year before his contract expired, contributed to the team’s drop in the championship but Brown believes it has grown as a race operation.

“In a positive year there’s learnings and there’s failures along the way. I think we’re a better racing team today than we were a year ago. That’s positive. I look at the way we started ’22 with our brake issue in Bahrain… it was iffy if we were even going to race in Bahrain. So the positive of that was I was impressed at how the team reacted, how quickly they fixed the problem.

“When I took over as CEO in 2016 that was coming off of the worst year in the history of McLaren, ninth, our fans were disappointed in us, morale in the factory was low, we had very little sponsorship. Five years later, we’ve won a race, almost won another, we’ve had a pole, we’ve had nine podiums, we’ve been third, fourth, fifth, we’ve been mixing it up at the front.”

Brown says McLaren’s whole racing business, which stretches beyond F1, is in the best shape it has been since he joined.

“We have a car packed with [sponsorship from] Google, Goldman Sachs, Coca-Cola, Dell, Cicso, some of the world’s greatest company’s supporting us. We were losing over $100 million a year, we’re now profitable. We’ve got all our infrastructure coming online this year.

“We didn’t have an IndyCar team, a championship calibre team going with three cars all capable of winning races, the championship and the Indy 500. We’ve acquired a Formula E team and had our first podium in Extreme E. We’re always going to have those ebbs and flows over the period, but if you look at where we were as McLaren Racing in 2018 to where we are now, we’ve made great strides.

“But we’re only half way to the journey, right? We want to win races and championships and everything. I feel like we’ve got the foundation, people, technology, financial backing, to be able to see that light at the end of the tunnel. But it’s going to be damn hard.”