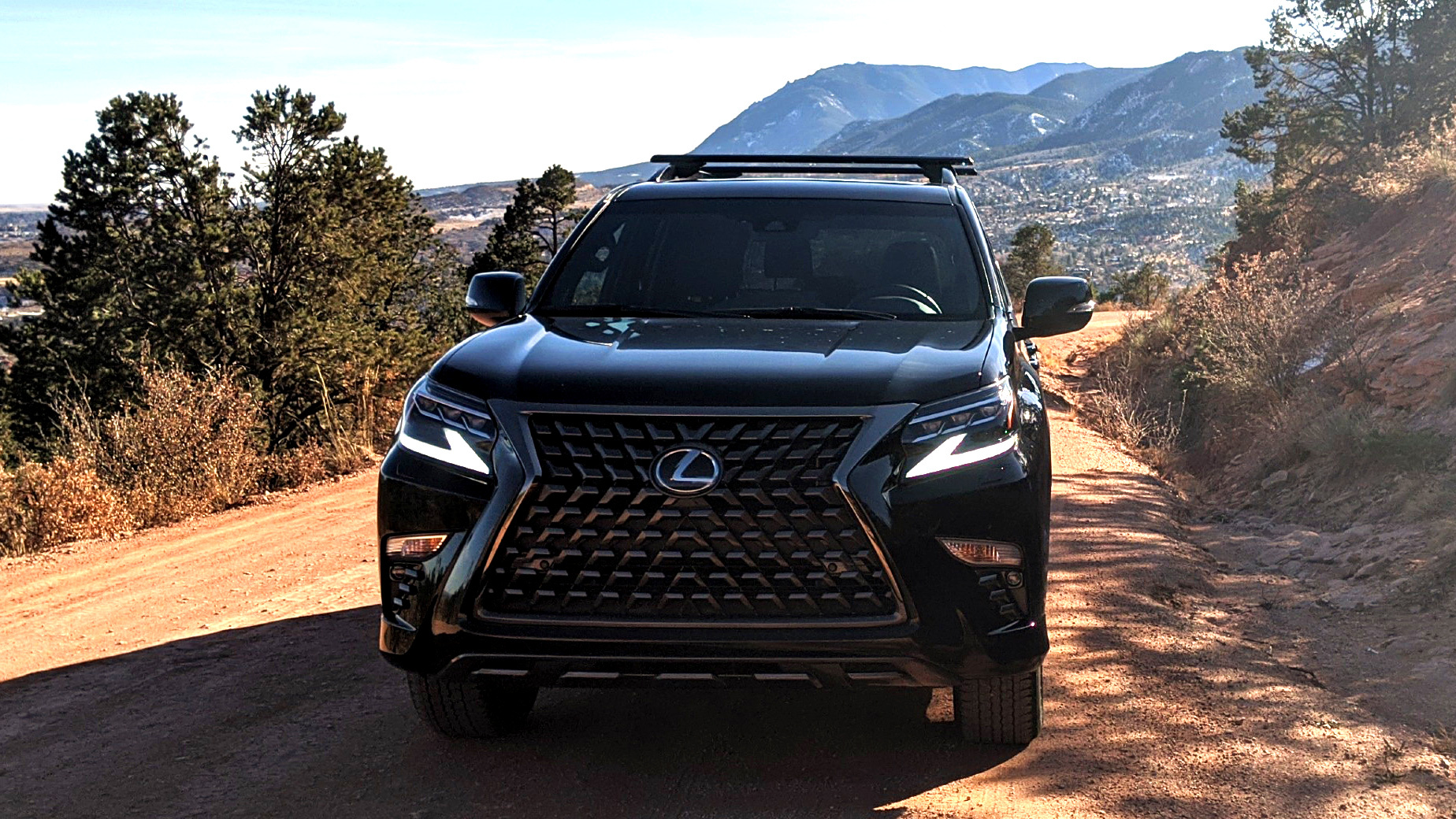 The Great American Road Trip Has Never Been Better | Carscoops


“Life is a journey, not a destination,” says a famous quote often attributed to Ralph Waldo Emerson. It’s often cited when people talk about the great American road trip. The act of traversing this vast country has often been seen as a rite of passage, an experience that must be lived to be believed.

And to that end, I’ve been on a number of road trips from coast to coast, and from Canada to Mexico. But only one of those trips featured a newer vehicle. In every other instance, there was a little space in the back of my brain reminding me that if the car broke, the trip would be permanently changed in a large way.

I wanted to know how things might be different with a car that’s practically brand new. One that has a longstanding history of reliability. And one that could take me and my friends basically anywhere, even if the road ran out. What I found along the way is that the great American road trip is greater than ever before.

To begin our journey, a few of us flew from Little Rock, Arkansas where we live, to Denver, Colorado. That’s where we picked up our trusty steed, a 2022 Lexus GX 460, and made our way down to Colorado Springs to pick up more friends and more gear.

The journey itself would take place over the course of a week. Driving time would take a little over a full day in total though. That includes roughly 16 hours of time each way between Colorado Springs, and our destination, Tucson, Arizona. One way, our trip would span some 915 miles and of course, that doesn’t account for any additional driving.

In total, we put more than 2,000 miles on the SUV in the time we had it. The vast majority of those miles were spent traversing I-25. Along the road are places like Pueblo, Santa Fe, Albuquerque, and Truth or Consequences. Yes, that’s a real place in New Mexico. Near Arizona, we switched over to I-10 which ultimately took us to Tucson. The journey home took us back via the same route.

Of all of the new three-row SUVs on the market today it might seem odd that we used a 2022 Lexus GX 460 for this project. I could tell you that it’s the only vehicle anyone was brave enough to let us have for this kind of trip, and that’s true, but it’s also a great way to test how good road tripping has become. Here’s why.

The GX 460 isn’t at the height of its field anymore. Frankly, it’s quite old. The last time it was fully redesigned Barack Obama was still the President. It is not a fuel efficiency king either. It can’t tow a small house. And it’s not chocked full of the latest and greatest with regard to infotainment and safety.

Suffice it to say, it’s an underdog against many of the best and brightest in the business right now. But it’s still selling in droves. It was one of the brand’s most popular models again last year after seeing a 15-percent bump in sales year over year. And it’s not too hard to see why.

Its design is said to scare small children but it actually grew on the whole crew over the course of our week with it. It’s sincerely capable off-road. It’s comfortable and easy to drive. And it just so happens to be priced very competitively in the segment. For deeper details on how exactly it performed as an everyday driver, see our full review here.

How Tech Changed The Road Trip

As a kid, I remember road trips where we’d go to St. Louis, Chicago, or Atlanta. Oftentimes we’d be inside a giant van and boy would my dad be stressed out for the majority of the drive. That was understandable given the numerous children in the back all arguing and fighting with one another. But the van itself didn’t do much to aid in the journey aside from being the means of transportation itself.

I remember the first time we got a van with space and hookups for a TV in the second row. It was a bit of a game-changer in that it took some of the stress off of everybody. The kids had something to distract them while my parents had fewer distractions to deal with behind the first row. I can only imagine how different things must have been for them when they were kids on a road trip. Cars were even less fuel efficient, less comfortable, less engaging for passengers, and nowhere near as safe as they are today.

For decades, the only entertainment available from outside sources was the radio. In 1965, Ford pioneered the idea of watching TV in the car with its short-lived Philco Autovision. Still, audio-based features were the main entertainment for decades until the turn of the century. It’s then that Oldsmobile of all companies introduced a second-row entertainment system with a built-in VCR and TV.

Since then, we know how history has unfolded regarding screens and infotainment in general. The new Grand Wagoneer, for instance, has individual screens for the driver, front passenger, and each of the second-row occupants. The improvement of the road trip doesn’t just come down to pixel density though. Technology has dramatically improved ride quality too.

It wasn’t too long ago that many of the best vehicles for road-tripping would sometimes be referred to as ‘boats’. That nickname didn’t just come about because they were large enough to haul a small army, but also because they seemed to float over the road surface. They weren’t sharp or quick to change direction either and so calling them boats was appropriate on multiple levels. Much of that behavior came down to weight and suspension tuning.

Over the years, suspension technology improved somewhat slowly before making leaps and bounds over the last two decades. Today, just about every mainstream automotive brand offers an adaptive suspension option on some of their models. That technology, more than most others allows modern vehicles to be both agile in the bends and silky smooth at high speeds on less-than-perfect roads.

The GX 460 uses Lexus’ Kinetic Dynamic Suspension System which eliminates traditional anti-roll bars. The system allows it to provide above-average articulation off-road and crisp handling on the road. It’s not alone though, different brands approach adaptive suspension in different ways whether it be through air ride suspension technology, hydraulic systems like in the Lexus, or even magnetorheological fluid-filled shocks that can react to road conditions in milliseconds.

The conventional wisdom might be that classic cars are heavy hulking machines that are less prone to deformation in a crash but that’s simply not the case. Sure, they’re heavy, but they’re far from safe in the event of a bad crash. Technology hadn’t advanced far enough at the time to readily include safety features that we’re accustomed to today.

The crumple zone was invented in 1952 but it would be a decade or more before mainstream cars utilized the energy-absorbing feature. Volvo invented the modern three-point safety belt in 1958 but how many of us still remember the lackadaisical use of the device in our childhoods? A short film from the IIHS below demonstrates just how far modern cars have come when it comes to crash safety.

That’s a Chevy Malibu holding up the arm of technology so to speak. Imagine if they’d crashed the Bel Air against an even safer car like a Mercedes-Benz S-Class or a Tesla Model S. The results would’ve been even more dramatic but what is there to say about avoiding the crash altogether? Modern cars are far superior at that feat as well.

Advanced suspension systems play a role there but so do features like anti-lock braking systems and traction control. Today though, technology is taking leaps and bounds toward autonomy. Adaptive cruise control, automated emergency braking, lane-keep assist, and other technologies improve safety in a large way when used correctly.

How The Lexus Demonstrated How Far We’ve Come

If there’s one thing that the Lexus doesn’t have compared to its many rivals is an advanced infotainment system. The 10.3-inch screen is bright and featureful enough but navigation can be a bit tricky thanks to a finicky trackpad interface. Yes, you can just touch the screen as well but even that isn’t intuitive.

Nevertheless, once we got the hang of how it wanted to be used, it was quite good. For example, the navigation system would learn better pathways than the ones it had predicted as we drove a route multiple times. Folks from even a few decades ago probably couldn’t have imagined such a feature.

When it comes to ride quality, the Lexus couldn’t be faulted. At low speeds, it was sharp and more nimble than expected. At high speeds, it was composed and easy to place. Off-road it was shockingly quiet and comfortable. For all of the complaints that this SUV gets about its styling or technology, its ride is good enough to balance them out.

In terms of semi-autonomous driver aids, the GX only had adaptive cruise control and lane-departure warning. That’s a really short list compared to most competitors but we found that the adaptive cruise control worked beautifully. It was very predictable, smooth, and easy to use. The lane-departure warning was unpredictable though to the point that we often just turned it off. Still, there’s much to be said for how easy it was to drive the GX for so long.

My dad might have been stressed out on all of those road trips during my childhood but I wasn’t at the helm of the GX 460. Thanks to the major advancements that have been made over the decades, the trip was serene, comfortable, and safe. I never had to worry that it might break down either. And that combination made the journey itself as enjoyable as it was getting to our destination.