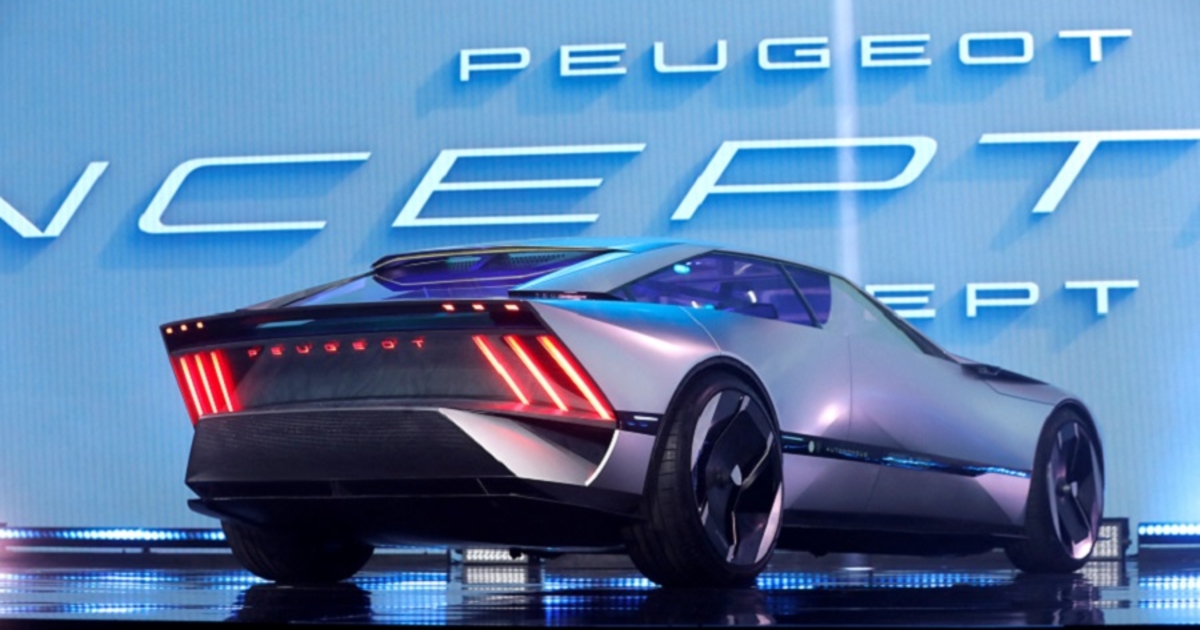 The Peugeot Inception concept will set the design direction for the Stellantis brand’s next generation of electric vehicles.

The large sedan is based on Stellantis’ STLA Large platform, an upcoming full-electric architecture. It will have up to 800 km (500 miles) of range on a single charge, the distance from Paris to Marseille or Brussels to Berlin, Peugeot says.

The concept uses a 100 kilowatt-hour battery with an output of 680 hp from two electric motors, one powering the front wheels and the other the rear. It can accelerate from 0 to 100 kph (0-62 mph) in less than three seconds.

STLA Large will be used for midsize and large high-performance vehicles from brands including Alfa Romeo, Chrysler, Dodge and Jeep.

The Inception will use an 800-volt electric system, as well as wireless induction charging capability. The battery charges the equivalent of 30 km of range in one minute, or 150 km in five minutes.

Peugeot says the Inception introduces a “simpler and more refined design language” that will appear on models launched in 2025 and beyond. The brand expects to be all-electric in Europe by 2030, CEO Linda Jackson says.

“We call the design ‘feline future,’” she said, a reference to the Peugeot lion symbol.

The front grille includes Peugeot’s signature “claw” running lights, with a single piece of glass incorporating lighting and sensors. A “tech bar” running horizontally across the door sends messages to the driver, who can be recognized by AI technology, which automatically adjusts settings and preferences. The bar also tracks battery life and incorporates other sensors.

The 5000 mm-long Inception is just 1,340 mm high, and would be Peugeot’s longest car if produced.

The Inception’s user interface is based on the latest generation of consumer electronics, Jackson said at the CES show in Las Vegas, with “touch, tap, swipe” commands.

The interior continues Peugeot’s i-Cockpit design, with a small, low-set steering wheel that does not block the instrument panel. In the Inception, a conventional steering wheel is replaced by a “Hypersquare” control system, with a square tablet-style screen.

The screen displays information and has various controls accessible using thumbs at each corner, as well as voice recognition.

The Inception will be a Level 4 autonomous vehicle, meaning that it is able to drive itself without requiring the driver’s attention in most conditions. When the car takes over, the Hypersquare retracts into the dashboard and a large screen slides out from the floor.

Peugeot showcased a similar technology in its last major concept, the E-Legend from 2018. Inception shares that vehicle’s angular lines.

Jackson said the Hypersquare technology would appear by 2026 on Peugeot models. “Your fingers do the driving,” she said. “This is gaming in real life,” she said.