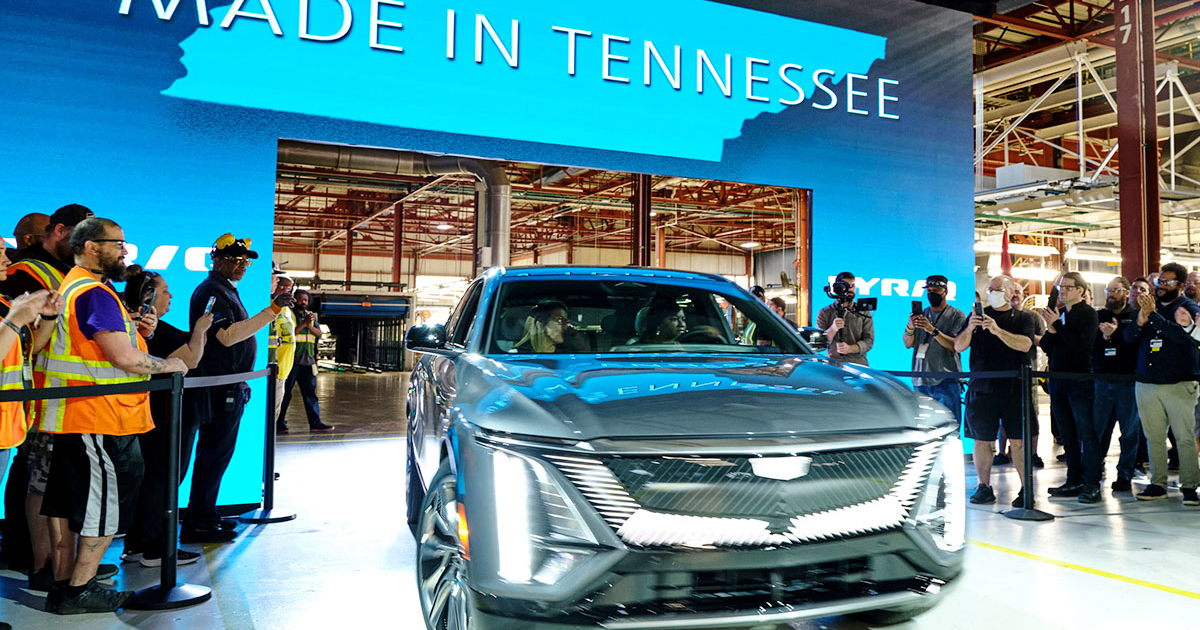 The Treasury and Internal Revenue Service did not classify the Lyriq as an SUV, meaning its retail price cannot be above $55,000 to qualify for up to $7,500 in federal tax credits for electric vehicles. The Lyriq, which Automotive News classifies as a midsize crossover, currently starts at $62,990. SUVs can be priced at up to $80,000 to qualify, while cars, sedans and wagons can only be priced at up to $55,000.

“We are addressing these concerns with Treasury and hope that forthcoming guidance on vehicle classifications will provide the needed clarity to consumers and dealers, as well as regulators and manufacturers,” GM told Reuters Friday.

“We’re working in a very interlocked way. Our folks and their folks are talking all the time,” Granholm told Automotive News following her CES address. “Our policy office is working directly with Treasury to make sure that this guidance is out and it’s informed by stakeholders.”

GM said Treasury should use criteria and processes similar to the EPA and Energy Department. “This drives consistency across existing federal policy and clarity for consumers.”

GM delivered just 122 U.S. Lyriq vehicles in 2022. A Treasury spokesperson defended the classifications, saying the agency used fuel economy standards “which are pre-existing — and longstanding — EPA regulations that manufacturers are very familiar with. These standards offer clear criteria for delineating between cars and SUVs.”

Legislation approved by Congress in August reformed the EV tax credit and lifted the 200,00-vehicle per manufacturer cap that had made Tesla and GM ineligible for EV tax credits effective Jan. 1.

Tesla CEO Elon Musk tweeted this week the EV tax rules were “messed up.” The five-seat version of the Tesla Model Y is not considered an SUV, while the Model Y seven-seat version is and can qualify for the credit.

The Volkswagen  ID4 compact crossover is not classified as an SUV, while the all-wheel drive version is, the IRS said. VW declined comment Friday.

Last month, Treasury said it would delay until March releasing proposed guidance on required sourcing of EV batteries. This means some EVs that do not meet the new requirements have a brief window of eligibility for the full $7,500 tax credit before battery rules take effect.