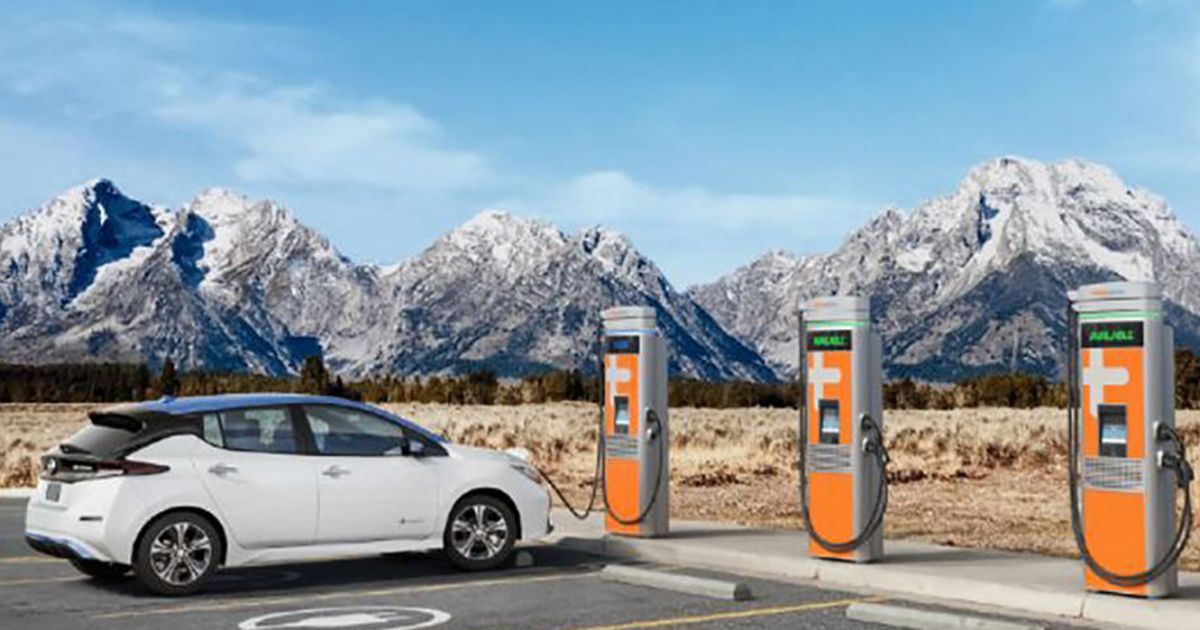 NEW YORK — The Biden administration on Thursday unveiled a three-year proposal to expand the U.S. biofuels policy with bigger volume mandates and — for the first time — include a pathway for electric vehicle manufacturers to generate lucrative credits.

The proposal reflects President Joe Biden’s agenda to fight climate change by reducing fossil fuel use in America’s transport sector, currently the source of around a quarter of the country’s greenhouse gases.

Those volumes will include more than 15 billion gallons per year of conventional biofuels like corn-based ethanol, with the rest made up by advanced fuels like those made from switchgrass, animal fats, or methane from dairy farms and landfills.

The U.S. government estimates that the lifecycle greenhouse gas emissions from biofuels can be more than 40 percent lower than straight gasoline, meaning adding them to the fuel mix can help in combating climate change.

The proposal marks the latest chapter for the more than decade old Renewable Fuel Standard (RFS), under which oil refiners are required to blend billions of gallons of biofuels into the nation’s fuel mix or buy tradeable credits from those that do.

While Congress set out specific goals for the program through 2022, the law expands the EPA’s authority for 2023 and beyond to change the way the RFS is administered.

In addition to boosting mandated volumes, the EPA hopes to use the reset to introduce a pathway for EV makers to generate credits. That would recognize the possibility that EVs could be charged using power from the grid generated by biofuels like landfill or agricultural methane.

The EPA proposal foresees electric vehicle manufacturers — like Tesla Inc. for example — generating as many as 600 million credits called e-RINs in 2024, and 1.2 billion of them by 2025. Under the scheme, one e-RIN would be generated for every 6.5 biofuel-powered kilowatt hours in an EV battery.

The idea got mixed reviews.

“We’re encouraged that the Biden administration continues to recognize the powerful role that the RFS can play in decarbonizing transportation,” said Brooke Coleman, executive director of the Advanced Biofuels Business Council.

He said the proposal could help “unleash years of pent-up innovation in advanced and cellulosic biofuels.”

The Renewable Fuels Association, a biofuels trade group, also welcomed the proposal, saying it “solidifies a role for the Renewable Fuel Standard in future efforts to reduce carbon emissions and enhance our nation’s energy security.”

But Geoff Moody, an executive at the refinery trade group American Fuel and Petrochemical Manufacturers, said the EPA’s proposal was flawed.

“For the final rule, EPA must go back and set conventional volumes that are aligned with consumer demand and infrastructure realities,” he said. “It must also hold true to the legacy of RFS as a liquid fuels program — not an electric vehicle program — by rejecting yet another massive regulatory subsidy for electric vehicle manufacturers.”

The EPA’s biofuel mandate for the current year is 20.88 billion gallons, which includes the annual volume requirement of 20.63 billion plus a supplement of 250 million gallons for volumes that were not blended in previous years.

The biofuel industry got a boost earlier this year from the passage of the Inflation Reduction Act, which provides significant subsidies to the biodiesel and sustainable jet fuel industries in the form of tax credits.

Refiners such as Marathon Petroleum Corp. have converted units at their oil refineries to produce renewable diesel to take advantage of growing demand and government subsidies.

Lawmakers are also pushing a bill that would expand the sales of higher volume ethanol blends of gasoline called E15, something advocates say could help reduce pump prices while supporting farmers.

Reuters previously reported the details of the EPA proposal on Wednesday, citing sources.

Renewable fuel credits traded on Thursday between $1.65 and $1.70 each, down from as high as $1.84 the previous session, traders said.