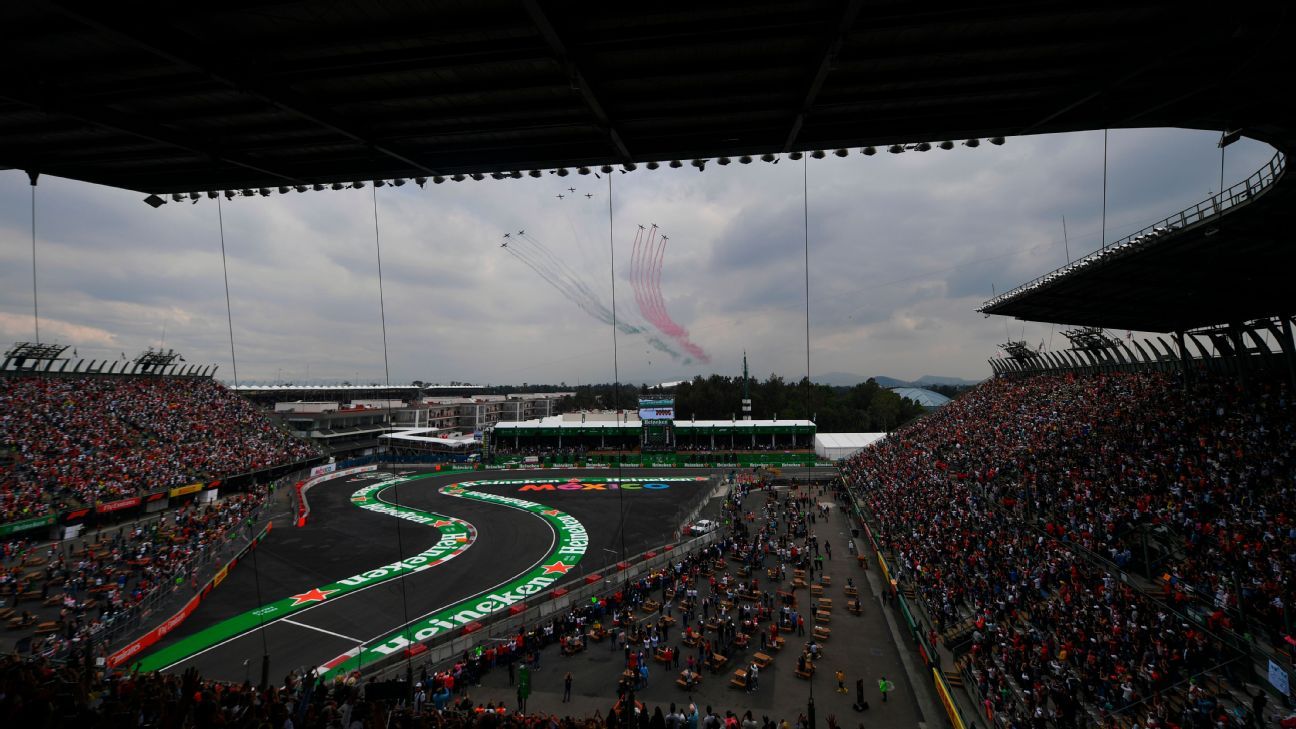 The Mexican Grand Prix will stay on the Formula One schedule until 2025 after securing a new contract extension.

The Mexico City race has become one of the most popular on the calendar, with its final corners snaking through a converted baseball stadium which is always packed full of fans.

National hero Sergio Perez’s elevation to the front-running Red Bull team has strengthened its place on the schedule.

Next year, Mexico will be the second race of a triple header, taking place on Oct. 29 between Austin’s U.S. Grand Prix and the Brazilian Grand Prix.

The Autódromo Hermanos Rodríguez will host the Mexican Grand Prix this weekend, the seventh at the venue since it returned to the F1 schedule in 2015.

With F1’s popularity booming, securing a new deal will ease concerns about Mexico dropping off the calendar, although the demand to host a race seems set to continue to grow between now and 2025.

“I am very pleased to announce that Formula 1 will continue to race in Mexico City for another three years under this new agreement,” he said. “Every year the race attracts a large number of passionate fans, and the atmosphere is incredible, and I know everyone will be excited by this news.”

We’re Taking The 2022 Lexus GX 460 On A 2,000 Mile Roadtrip; What Do You Want To Know About It?
Someone Didn’t Think That Through At Volkswagenitalia
U.S. heartland lags in EV sales, but new models should help, S&P Global says
Police: “no information” on whether man arrested near Tesla store tied to Antifa
VW CEO says EU is losing competitiveness while urging clean energy investments