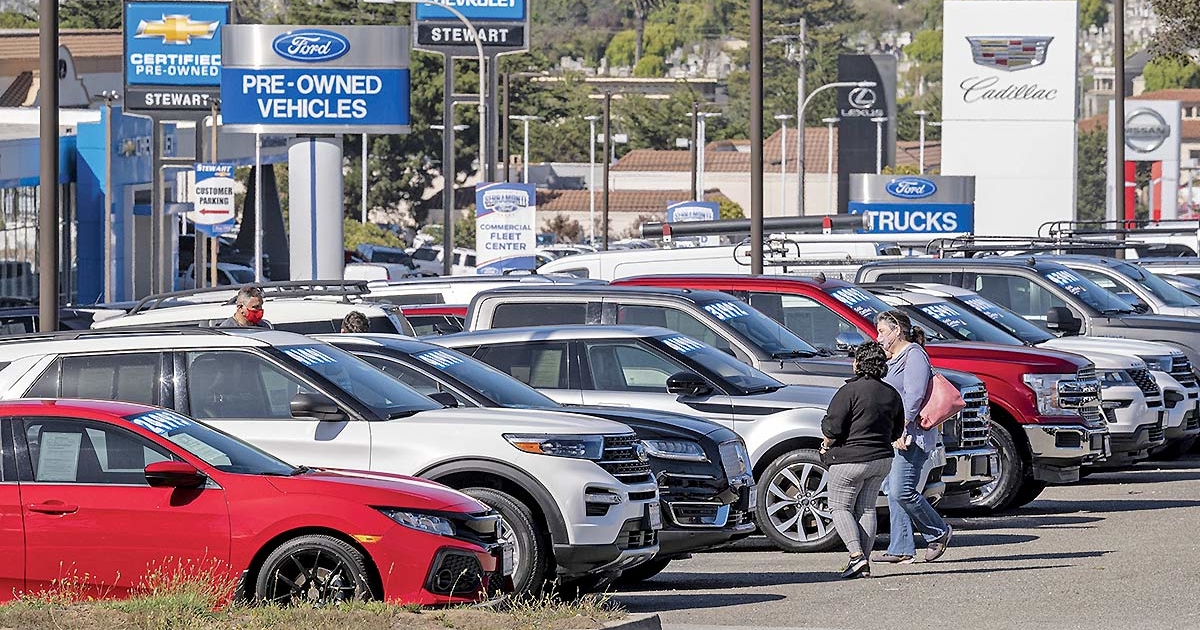 Employee turnover at U.S. dealerships in 2021 dropped to its lowest level in at least a decade as average annual compensation for dealership employees soared — appearing to top the $100,000 mark for the first time.

Average industry turnover was 34 percent in 2021 — the lowest level in the 11-year history of the National Automobile Dealers Association’s annual Dealership Workforce Study, the dealer trade association shared with Automotive News. It fell from 2020’s figure of 46 percent, which is where the annual turnover number had been hovering for several years.

Meanwhile, average weekly earnings at dealerships that participated in the study increased 27 percent in 2021, NADA said on its website. The association publicly releases only a handful of highlights, not the full study.

Inventory constraints going back to mid-2020 but worsening in 2021 because of microchip shortages meant that dealerships gained vehicle pricing power and saw profits soar to record levels last year. Selling new vehicles at sticker price or higher became commonplace, leading to big gains in per-vehicle gross profits, on which sales employees’ commissions are often based.

The drop in turnover and the increase in compensation were directly connected, said Ted Kraybill, president of ESi-Q, a research company that conducts the study for NADA.

Sales consultant positions in particular saw less turnover, Kraybill said. Those employees were less inclined to depart or switch dealership jobs as frequently in 2021 because they were making good money. The turnover rate for sales consultants ended up about the same as for service advisers, he said.

“As much as they may not be happy about certain things about their job, like the hours and all the time they put in and everything, there’s a point at which your compensation kind of outweighs those other negative aspects that normally might cause a sales consultant to leave,” said Kraybill.

He noted that median dealership employee pay in 2021 was lower than the average figure.

Participating dealerships made a conscious effort to be efficient and keep staffing levels on the lower side to prevent a financial shock to employees if and when vehicle markets normalize, Kraybill said.

“All that’s saying is they did a good job of trying to keep their staffing as low as possible and not start to overstaff because the dealership is making more money,” Kraybill said. “They’re trying to maintain their costs as close to possible as during a normal type of market.”

Retention on the service side is a major focus for dealerships now given the industry’s ongoing shortage of service technicians and service advisers, Kraybill said.

The rate of new hires gleaned from younger generations remained relatively stable in 2021, NADA said on its website.

The percentage of Generation Z employees hired by new-car dealerships in 2021 remained unchanged at 29 percent, according to the study. Members of Generation Y, also known as millennials, made up 44 percent of all new hires, up two percentage points from 2020.

There’s still a distinct difference in how many Gen Z employees are present in the retail automotive workforce right now compared with the rate at which they’re getting hired in, Kraybill said. At the end of 2021, Gen Z employees accounted for 14 percent of the total dealership workforce.

However, the workforce “is continuing to shift to the younger generations,” especially now that a larger portion of Gen Z’s would-be hires are at a legal age for full-time work, Kraybill said.