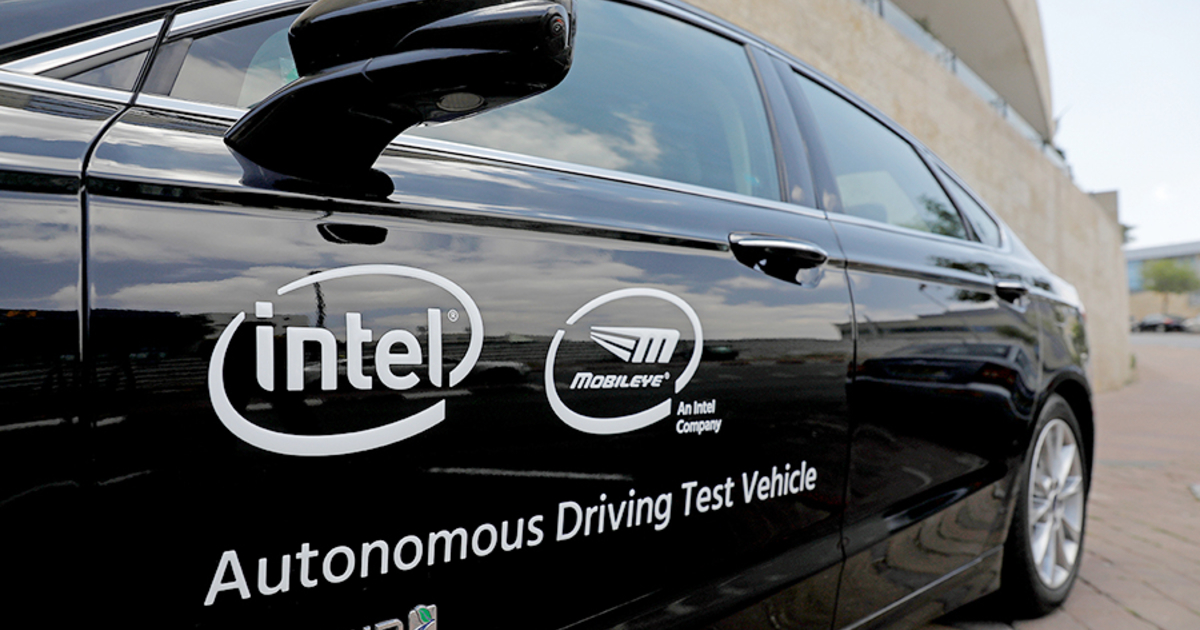 Mobileye Global Inc., the self-driving technology company owned by Intel Corp., priced one of the biggest U.S. initial public offerings of the year above its marketed range to raise $861 million.

The company sold 41 million shares for $21 each, according to a statement Tuesday confirming earlier reports. Mobileye had marketed the shares for $18 to $20 each. Private equity firm General Atlantic agreed to buy $100 million worth of shares in a private placement in conjunction with the IPO, according to Mobileye’s filings with the U.S. Securities and Exchange Commission.

At the IPO price, the company has a market value of about $16.7 billion. While that tops the $15.3 billion Intel paid for Mobileye in 2017, it’s still short of the $30 billion valuation the company had sought earlier, Bloomberg News has reported.

Despite the drop in valuation, the listing is the fourth-largest in the U.S. this year, as well as only the fourth out of 199 to price above its marketed range, according to data Bloomberg compiled.

Amid heightened volatility and disappointing debut performances of last year’s listings, IPO volume in the U.S. has plummeted to $22.5 billion since Jan. 1, compared with $279 billion at this point in 2021, the data show.

Those might be the only two listings of that size in 2021. Instacart Inc., another highly anticipated listing, decided against an IPO this year after cutting its valuation for the third time, to $13 billion, Bloomberg News reported this month. Last year, 45 companies raised $1 billion or more in IPOs on the New York Stock Exchange and Nasdaq, the data show.

Amnon Shashua co-founded Mobileye in 1999 and helped take it public in the U.S. in 2014. He has been its chief executive officer since 2017.

In a letter to shareholders included in the prospectus, Shashua said the company’s driver-assistance technology has been used in more than 125 million vehicles. He said he expects the technology to be deployed in 270 million more vehicles by 2030.

“While the core of our business today is making human-driven cars safer, we are working tirelessly to bring about a future of autonomously driven vehicles,” Shashua said.

Intel Chief Executive Officer Pat Gelsinger is seeking to capitalize on the Israel-based business, which makes chips for cameras and drive-assistance features, and is seen as a prized asset as the car industry races toward fully automated vehicles. But the bright future for self-driving vehicles that was prophesied by Intel, Waymo and others has sputtered. A world full of robo-taxis seems at best decades away and the losses for investors who put faith in the field are mounting.

Mobileye said it will use the cash raised to toward net proceeds for working capital and general corporate purposes, as well as repaying a portion of debt owed to Intel. As of July, it had $774 million of cash and cash equivalents. In the 12 months ended Dec. 25, it had a net loss of $75 million on revenue of $1.39 billion, according to its filings.

Intel said in its filings that it will continue to hold all of Mobileye’s Class B shares, which will allow it to control the company with 99.4% of the voting power.

Shashua has indicated an interest in purchasing as much as $10 million of shares of Class A common stock, according to the filings. Baillie Gifford and Norges Bank Investment Management, as cornerstone investors, have indicated interest in purchasing up to an aggregate of $330 million shares. Growth equity firm General Atlantic also said it would buy $100 million worth of shares.

Mobileye’s offering is being led by Goldman Sachs Group Inc. and Morgan Stanley. The 23 other underwriters listed in its filings include Evercore Inc., Barclays Plc, Citigroup Inc. and Bank of America Corp.

The company’s shares are expected to begin trading Wednesday on Nasdaq under the symbol MBLY, the same ticker it used when it went public the first time in 2014.