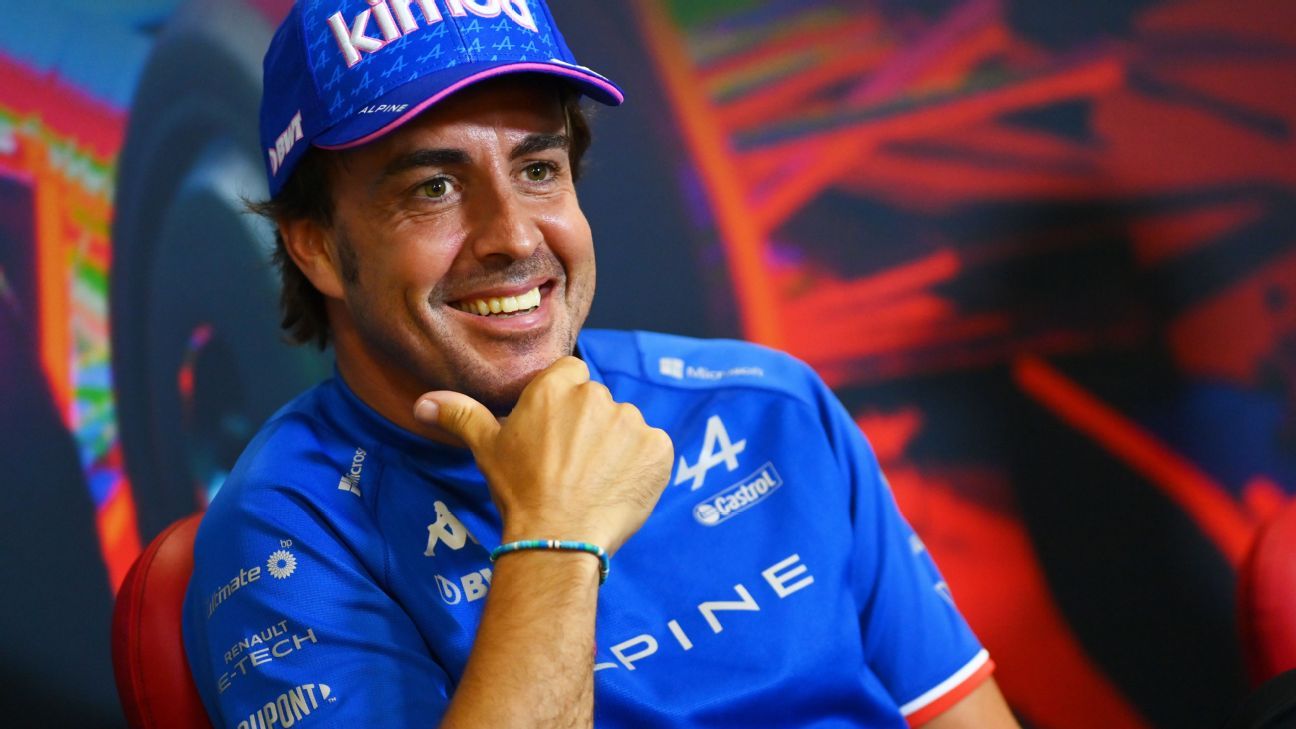 Fernando Alonso believes Formula One and the FIA’s race regulations are set for a crucial moment after his Alpine team appealed the penalty which knocked him out of the points at the U.S. Grand Prix.

Alonso finished seventh in Austin, Texas, despite being sent airborne at one stage in a 200 mph collision with Lance Stroll, his 2023 teammate who will serve a three-place grid penalty for in Mexico.

The impact of his collision left Alonso’s car damaged and over 20 laps later his right wing mirror fell off his car.

Haas later protested that Alonso was allowed to drive an unsafe car and the FIA agreed, issuing Alonso a 30-second time penalty — the rough equivalent of driving into the pit lane, serving a 10-second stop-go penalty and then driving out again. The FIA verdict deemed Alonso’s car had been dangerous and that the loose mirror could have come off when there was a driver directly behind him.

Haas’ Kevin Magnussen has been shown the black and orange flag, denoting a driver must pit to fix a dangerous car, on three different occasions this year.

The penalty saw Alonso drop from seventh to 15th in the final classification. Alpine have protested that penalty, with a decision due on Thursday ahead of the Mexican Grand Prix.

“Thanks for all the messages I received yesterday and today,” Alonso tweeted on Monday. “It’s one of those rare times in sport, that I feel we are all on the same page and share the same opinion towards the rules and regulations.

“Therefore, Thursday is an important day for the sport that we love so much, as this decision will dictate if we are going in the right direction for the future. Thanks again for all your support”.

It added: “The FIA has the right to black and orange flag a car during the race if they consider it unsafe and, on this occasion, they assessed the car and decided not to action the flag. Moreover, after the race, the FIA technical delegate considered the car legal”.

Alpine also said Haas’ protest was lodged 24 minutes after the deadline for protests and should not have been accepted.

Haas also protested Red Bull’s Sergio Pérez for the same reason after the race. Perez’s car lost a front wing endplate several laps after a collision with Valtteri Bottas in the opening moments of the race.

The FIA decided the Perez was not admissible, with the verdict saying Red Bull had sent a photo of the front wing to the stewards after the incident.