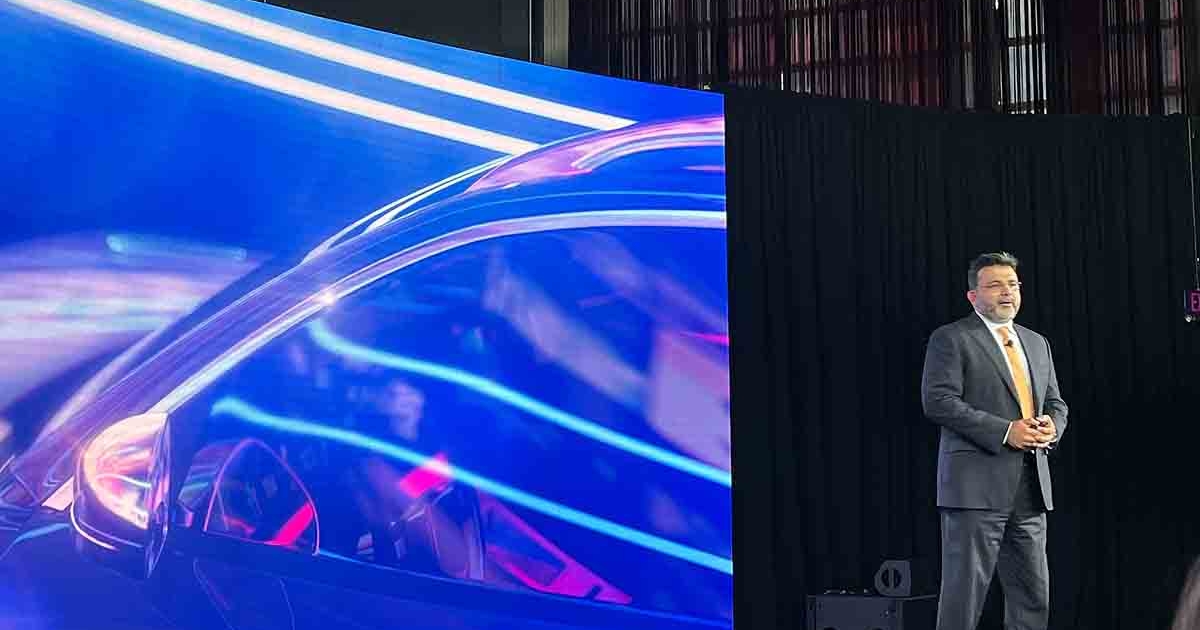 NEW YORK — Qualcomm projects that its automotive contracts will generate $30 billion in sales, up from about $19 billion only two months ago, the company said Thursday.

At the core of Qualcomm’s automotive business is its Snapdragon Digital Chassis, the company’s set of computing platforms for use in connectivity, digital cockpits, vehicle-to-cloud services and advanced driver-assistance systems.

Mercedes-Benz is the latest automaker that Qualcomm will supply. Mercedes plans to power its vehicles’ digital cockpits and telematics systems using Snapdragon by the end of the year, Amon said, though he declined to say which nameplates will receive the platform.

Qualcomm’s rapidly growing automotive business and the deal with Mercedes are a reflection of how well-positioned the company is to grow as vehicles become more high-tech and connected, Amon said.

“What we have done for many of our customers is to provide confidence that they have a platform where they have the ability to innovate,” he said.

Some of that growth is being driven by companies turning to Qualcomm for its Snapdragon Ride platform, which is for use in advanced driver-assistance and autonomous driving systems. As automakers roll out increasingly automated vehicles in the coming years, Qualcomm expects sales to rise.

“As we look forward over the next two years, we expect several OEMs to make decisions on platform choices, and we think we have a great platform for them,” Palkhiwala said.

Much of the surge in Qualcomm’s automotive business is being driven by automakers such as Mercedes looking to use its Snapdragon platform in their advanced digital cockpits.

Automakers want to utilize large screens to provide new services to customers, opening up revenue streams for them, Amon said. Qualcomm’s technology enables that, he said.

“I think there’s a general understanding within all the OEMs that digital services in the car is going to be the difference between the successful companies and the not-so successful companies in the future,” Amon said. “For the first time, car companies have an opportunity to have a direct relationship with the car owner in real time.”

“There’s a tremendous amount of opportunity in that space because these platforms also require connectivity, intelligence and safety,” he said. “We’re designing the chassis to be miniaturized for different form factors.”

Qualcomm is looking to differentiate itself from competitors such as Nvidia and Mobileye by providing “capabilities across domains” and “complete scalability” for customers, Amon said.

“Instead of providing a chip, we’re providing a full module, with everything in a board that can be integrated,” he said. “That’s one way to accelerate the adoption of some of these technologies.”

Separately, Qualcomm said it was working with open-source provider Red Hat to bring Linux-based operating systems to next-generation vehicles that use the Snapdragon Digital Chassis.

Qualcomm intends to offer versions of its Snapdragon platforms for the digital cockpit and driver-assistance systems integrated with Red Hat’s in-vehicle operating system starting in the second half of 2023.

“Software-defined vehicles bring an exciting opportunity for the entire automotive ecosystem to go beyond the current functions of the vehicle,” said Bill Pinnell, Qualcomm vice president of automotive product management.