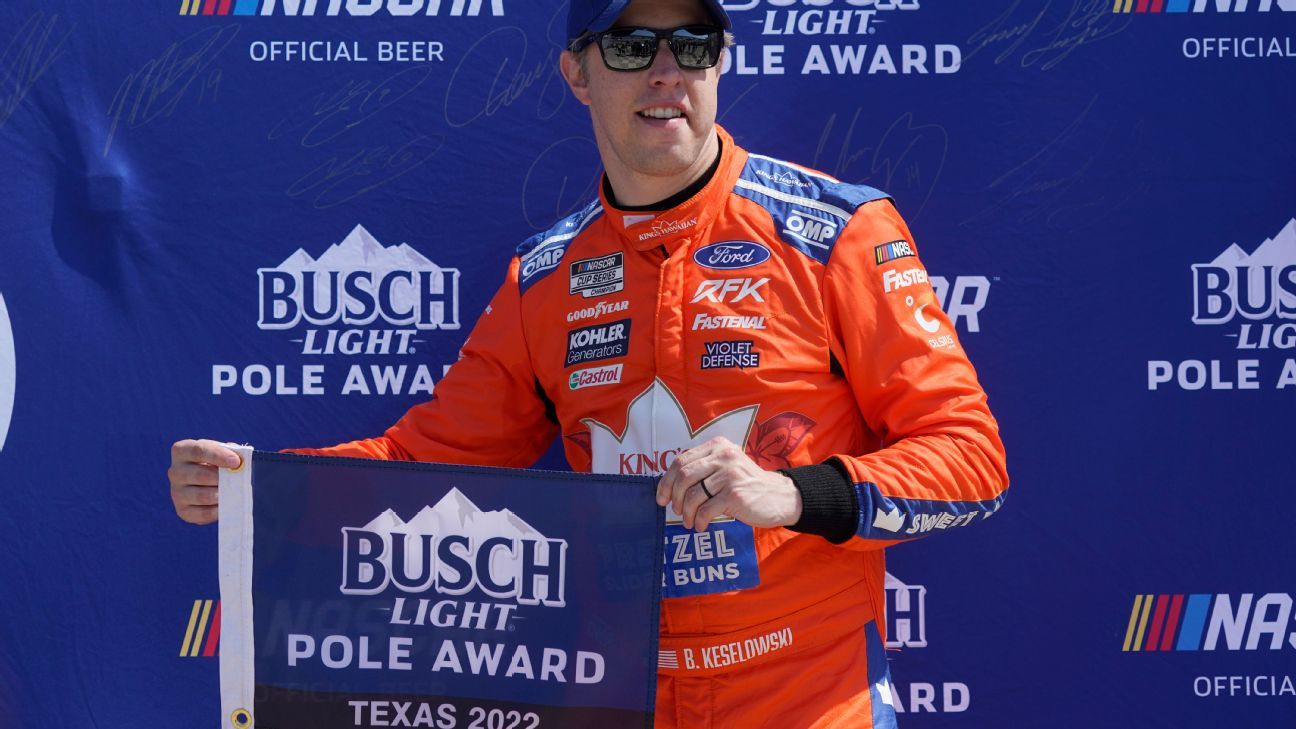 FORT WORTH, Texas — Brad Keselowski has his first pole as an owner-driver at NASCAR’s highest level, a week after RFK Racing’s other car went to Victory Lane.

While never in playoff contention after joining a rebranded team with longtime owner Jack Roush this season, 2012 Cup champion Keselowski had a qualifying lap of 189.99 mph on Saturday at Texas Motor Speedway. It came a week after he got his first stage win of the season at Bristol, where RKF driver Chris Buescher won the race.

After non-playoff drivers won the first three races of the postseason, Keselowski starts in front Sunday in the race that will start NASCAR’s round of 12 .

Joey Logano, who is second in the standings, will start on the front row beside Keselowski after his lap of 188.05 mph. Playoff contender William Byron starts third, while points leader Chase Elliott starts sixth. Buescher qualified 13th for the race at his hometown track.

“It’s been a whirlwind winning and Bristol with Chris and running up front, have some good moments there,” Keselowski said.

Keselowski had a successful career at Team Penske before joining Roush, who until last week hadn’t won a points-paying race since Daytona in 2017 when the team was called Roush Fenway.

“Super exciting time for and for our company here at RFK with a lot of the progress we’ve made over the last few months, and now it’s actually starting to show up,” Keselowski said. “It’s been a painful journey, but a good one, so I’m proud of our lap.”