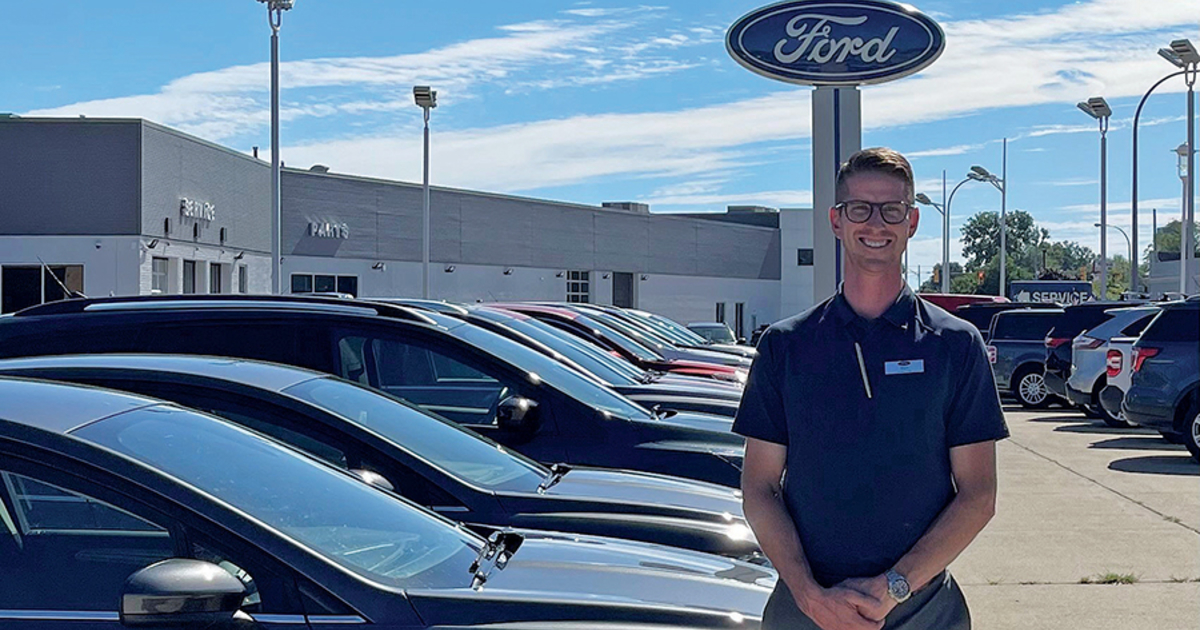 Considering used-vehicle gross profit as a pool that can be tapped when calculating commission payments on individual cars has helped a Michigan Ford dealership retail more used cars and keep its sales reps invested in selling any model on the lot.

Roy O’Brien Ford in St. Clair Shores, Mich., in 2020 turned up its efforts to increase used-vehicle sales from an average of 60 cars a month, according to Sean O’Brien, the dealership’s used-vehicle manager. That summer, he received approval to stock more used vehicles, going from around 50 cars on the lot to 90. He also rethought the used-vehicle commission pay plan, which paid an undisclosed percentage of a vehicle’s gross profit.

O’Brien wanted sales staff to sell based on a customer’s needs, not cherry-pick the vehicles most likely to boost their paychecks more. So for the purpose of calculating commission payments, dealership managers now have the flexibility to essentially borrow proceeds from a vehicle sale with a high gross profit and assign it to another vehicle sale carrying a lower gross profit. The practice has helped balance out the range of commissions paid on used vehicles sold, and reps seem to like it, O’Brien said.

The revised approach is paying off.

“When I started looking at my guys’ checks and our bottom line and the number of units we were delivering, I said, ‘Well, this is working pretty well for us,’ ” he said.

O’Brien, part of the fourth generation of family ownership at the dealership, said Roy O’Brien Ford has averaged monthly sales of about 95 used vehicles through the first seven months of 2022. May’s used-vehicle sales even reached double the old 60-vehicle average, though O’Brien cautioned that number was boosted more than normal by a significant number of lessees buying their vehicles. O’Brien declined to disclose the store’s monthly average new-vehicle sales.

O’Brien began adjusting the used-car pay plan after noticing that some sales reps were selling just five or six vehicles a month yet “somehow still killing it.”

“They were inventory hunting,” O’Brien said.

So he sought a fix other than paying a flat amount for each vehicle sold. The dealership’s veteran sales force liked commissions and — as a “workhorse” salesman put it — knowing that each morning the theoretical opportunity existed to “come in and make $10,000 that day,” O’Brien said.

But to keep those sales reps interested in selling even the vehicles priced to produce lower gross profits — vehicles that no doubt would provide the best fit for some shoppers — it was necessary for Roy O’Brien Ford to balance that gross profit when it came to calculating commissions, O’Brien said.

Rather than viewing each used vehicle’s gross as an immutable figure, O’Brien hit on the idea of taking monthly used-vehicle gross profit and redistributing it across individual models so each held a similar gross on paper. This could be done at the time of the sale at a manager’s discretion — for example, subtracting $1,000 in gross on a model with profit to spare and adding $1,000 to one with little or none. The vehicle’s actual gross doesn’t change, but its on-paper gross moves around for the purposes of the pay plan.

The strategy has developed over the past two years. The dealership made it official last January with formal pay plan language describing management’s ability to adjust vehicle value at any time.

Even the workhorse salesman “couldn’t have been happier” after the first year under the new commission format, he said.

The staff makes good money, and models are moving rather than being ignored by the sales force.

“He does a good job of making every car count,” Joe Opolski, used-vehicle finance manager, said of O’Brien.

O’Brien said he also leveraged third-party data sources to improve the gross profit the dealership is making on used vehicles that are wholesaled. Since he started in his job in 2017, he has used that wholesale profit to seed the pot of money deemed retail gross profit for the purpose of calculating commissions. It’s “just another means of making sure my guys are paid and happy,” O’Brien wrote in an email.

Looking big picture on gross has freed O’Brien to buy up inventory even amid elevated used-vehicle prices.

“I know I’m in them heavy,” he said. But during the time the dealership is reconditioning the vehicle and obtaining the title, its approach slowly shifts gross profit onto that car, he said.