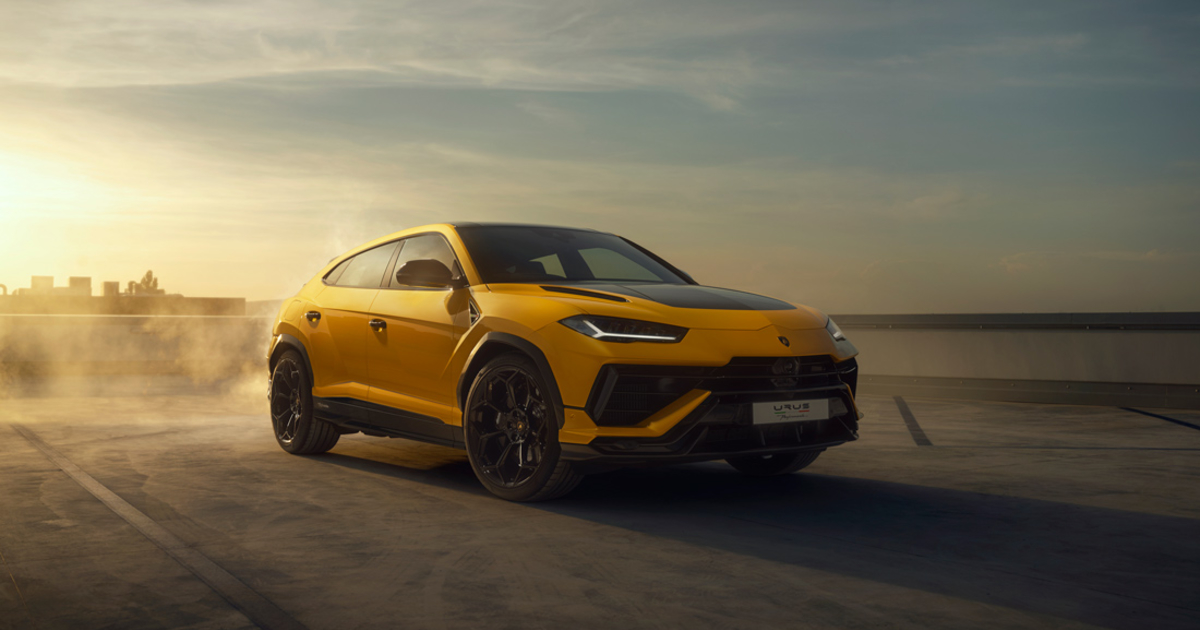 The regular Lamborghini Urus is no slouch, but the Italian supercar brand has opted to kick things up a notch with the Urus Performante, a new higher-performance version that promises to be lower, lighter, quicker and more powerful.

The brand debuted the 2023 Urus Performante Friday at the Quail during Monterey Car Week. Engineers squeezed an additional 16 hp from its twin-turbo V-8 to lift the Performante version’s power rating to 657 hp, while reducing its overall weight by 104 pounds, giving it a 0-to-62 mph time of 3.3 seconds, Lamborghini said. The Urus Performante’s upgraded powertrain also delivers 627 pound-feet of torque.

Set apart by styling distinctive from the rest of the Urus lineup, the Performante’s drive modes were reengineered and include a new Rally selection, which amplifies its oversteer characteristics with anti-roll and dampening systems to augment its revised suspension, the brand says.

To prove its bona fides, Lamborghini took the Urus Performante to the Pikes Peak International Hill Climb, crossing the finish line in 10 minutes, 39.06 seconds, about 17 seconds faster than the previous record for production SUVs, the brand said.

“The Urus Performante takes the supreme performance and distinctive looks of Lamborghini’s ground-breaking Super SUV to the next level, retaining its luxurious versatility and delivering the most engaging driving experience: not only on the road but in every environment, distinguished through an alluring design that denotes new benchmarks for driving dynamism in what is already a remarkable car,” Automobili Lamborghini CEO Stephan Winkelmann said in a written statement.

Pricing for the 2023 Lamborghini Urus Performante starts in the U.S. at $260,676, excluding the shipping fee and gas guzzler tax. Deliveries are expected to begin by the end of the year, Lamborghini said.