France’s Tom Pagès has become the first person on earth to BASE jump a motorcycle off a 135m (443-foot) cliff. To make the stunt work, both he and his motorcycle needed a parachute.

The stunt was performed in Avoriaz, a mountainside resort in France, near the Swiss border. Before even making it to the 7m (23-foot) ramp placed at the edge of the 135m (443-foot) cliff, he first performed three freestyle tricks through the streets of the Alpine resort.

“There was no better place for this than Avoriaz! It’s a magical spot: surrounded by nature, with wooden architecture and great infrastructure. The resort really lends itself to freeriding, and it’s the only place I found a vertical cliff face over 130m high,” said Pagès. “The hardest element to manage was the one you can’t see in the video: the wind.”

The project was so wild that Pagès needed new technology to perform it. Laden with helmets, boots, and protective gear, not to mention a motorcycle, he needed a way to deploy the motorcycle’s parachute. For that, he received help from Stéphane Zunino, who developed a parachute for the motorcycle that had a manual release integrated into the seat. 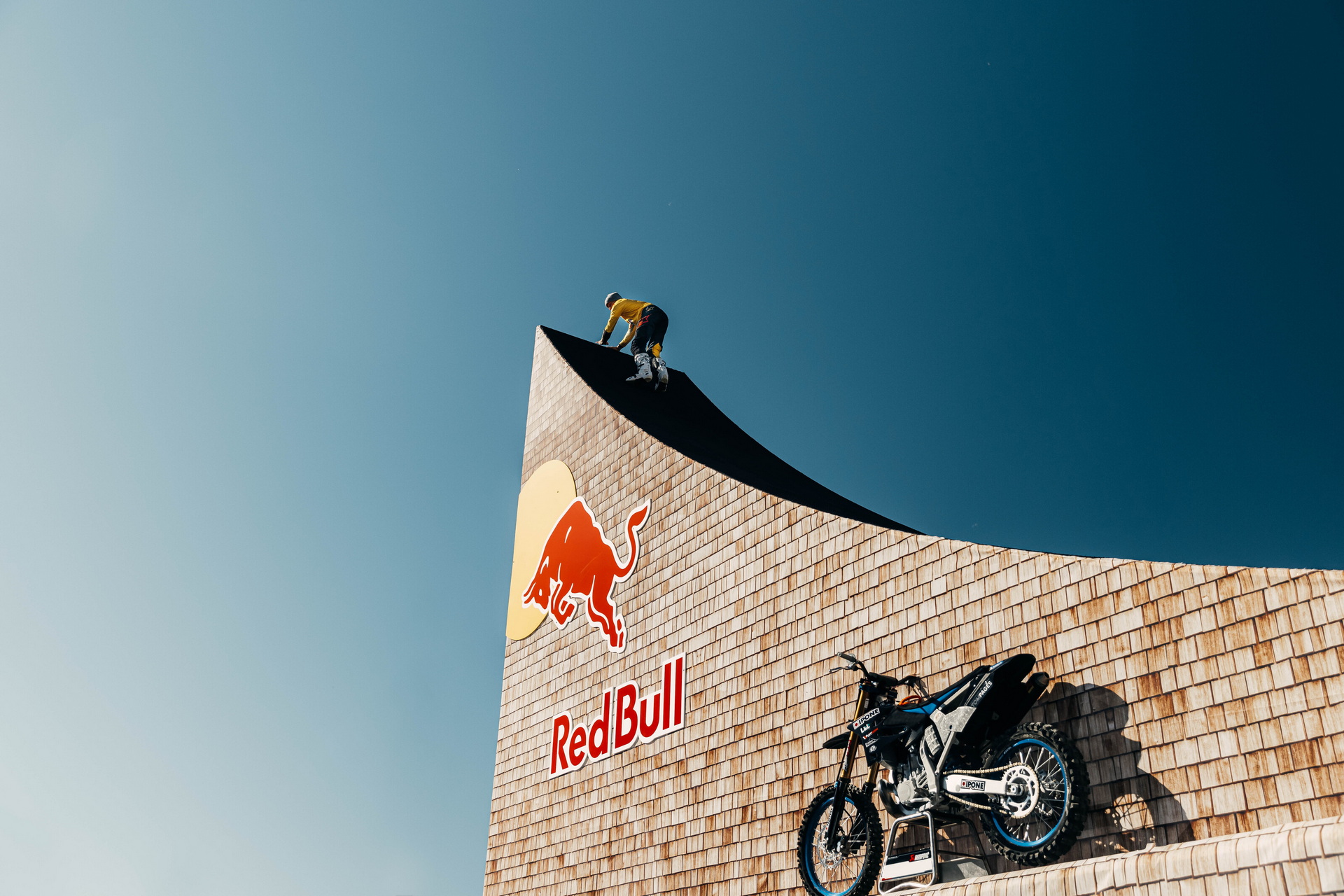 The idea to base jump a motorcycle came to Pagès years ago when he started skydiving. When he later started BASE jumping, the five-time X Games freestyle motocross gold medalist says he couldn’t help but imagine what it would be like with a motorcycle.

He intended to try it in 2020, but the pandemic scuppered the plan. Finally, though, he managed to find a place where he could combine the fields of BASE jumping and freestyle motocross.

“It’s a career-defining project: combining the two universes that I adore, FMX and parachuting in the same performance,” says Pagès. “It’s also a life-defining one, mixing influences in order to surprise people and showing up where they least expect it.”