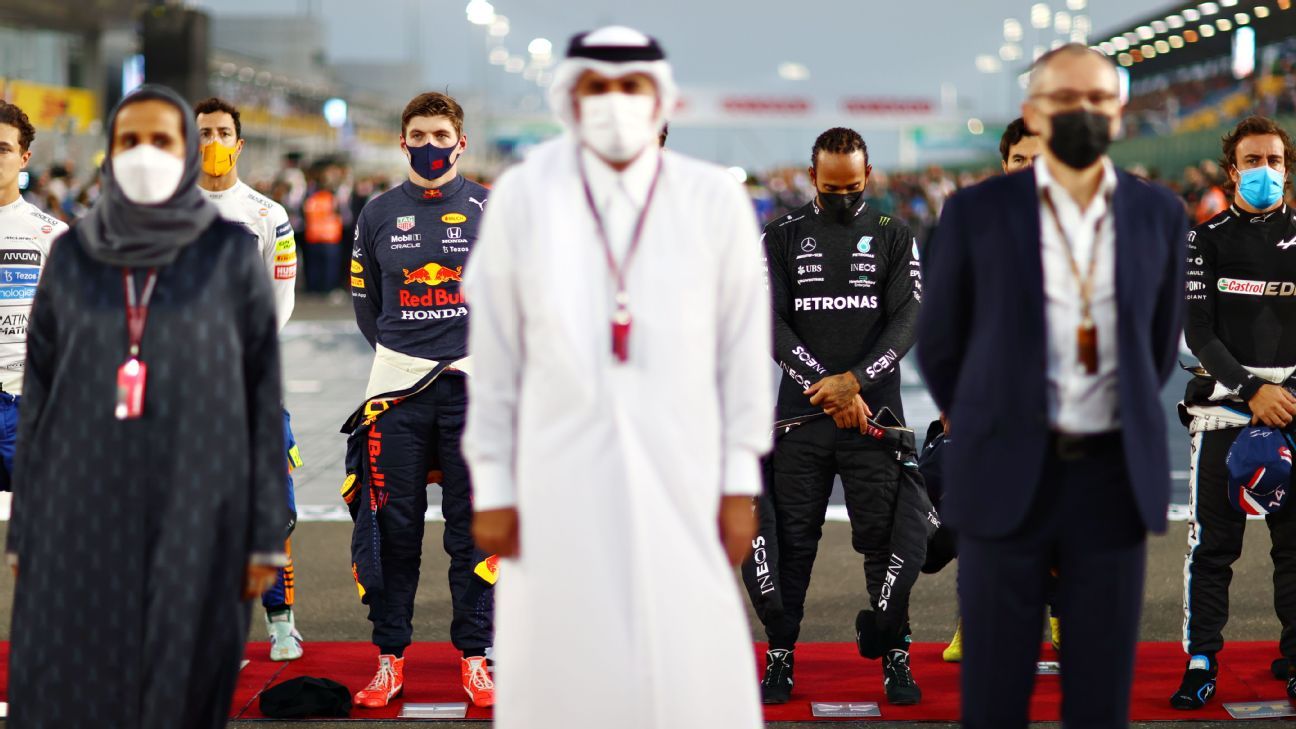 Back-to-back victories for Lewis Hamilton have completely changed the feel around his championship battle with Max Verstappen.

Just two races ago after a dominant win at the Mexican Grand Prix, Verstappen looked like he was cruising to the championship., so much so it seemed like he might even have a chance to wrap it up at the Saudi Arabian Grand Prix on Dec. 5.

Heading to that event Verstappen still leads the championship by eight points but that’s much slimmer than he or Red Bull would have liked — or predicted – at this stage of the season.

There is also an extra point to consider at each event, with the driver who scores the fastest lap gaining a bonus point, provided they also finish in the top ten.

Verstappen could win the title in Saudi

As the points leader, there’s an outside chance Verstappen can win the title at the penultimate round. With eight points in hand over Hamilton, the Red Bull driver would win the championship if he outscored his rival by 18. That would put him 26 ahead for the Abu Dhabi Grand Prix, with the countback tiebreaker meaning Hamilton would not win the title even if he claimed maximum points at the finale and Verstappen failed to score.

In the context of this season, 18 points is a big swing to ask for. This is a single-race gain Verstappen enjoyed after winning the Monaco Grand Prix in May, while Hamilton struggled to seventh position. Hamilton gained 26 over Verstappen by winning the British Grand Prix and claiming fastest lap, while the Red Bull driver was knocked out of the race after their controversial collision.

For the most part big points swings have been rare. The pair have shared the podium 13 times this season, with only five instances where one was on it without the other.

From this stage, the season seems more impossible to call than ever before. Like Sunday’s Qatar Grand Prix, the next race is at a new venue, the Saudi Grand Prix at the Jeddah Corniche Circuit, adding another element of the unknown to that contest. The finale, the Abu Dhabi Grand Prix, takes place at a Yas Marina circuit which has been revised from previous years to improve overtaking opportunities.

As a result it’s hard to call which team’s car would suit which circuit. Mercedes was beaten on raw pace in the U.S. and Mexico, only to have the stronger car in Brazil and Qatar. The gains made by Mercedes this late in the season have raised Red Bull’s suspicions about the legality of its rivals’ rear wing, but that part of the car passed further FIA tests in Qatar.

Hamilton and Mercedes clearly hold the momentum at this stage and another win for the seven-time world champion in Jeddah would follow the current form guide. One exciting prospect that gained traction on social media at the weekend is Hamilton winning and gaining the fastest lap point in Saudi, with Verstappen finishing second, meaning they go to the title showdown level on points.

The fastest lap point will also play an intriguing role in the final two rounds. With the championship so finely poised, those extra two points could well be decisive.

Qatar was a good example of how crucial they could be. Lewis Hamilton held the fastest lap until Verstappen used a large gap to third position to pit for soft tyres, taking the bonus point from his rival and claiming it for himself. It turned an eight-point Hamilton gain into a six-point Hamilton gain, which is hugely significant in a championship this close.