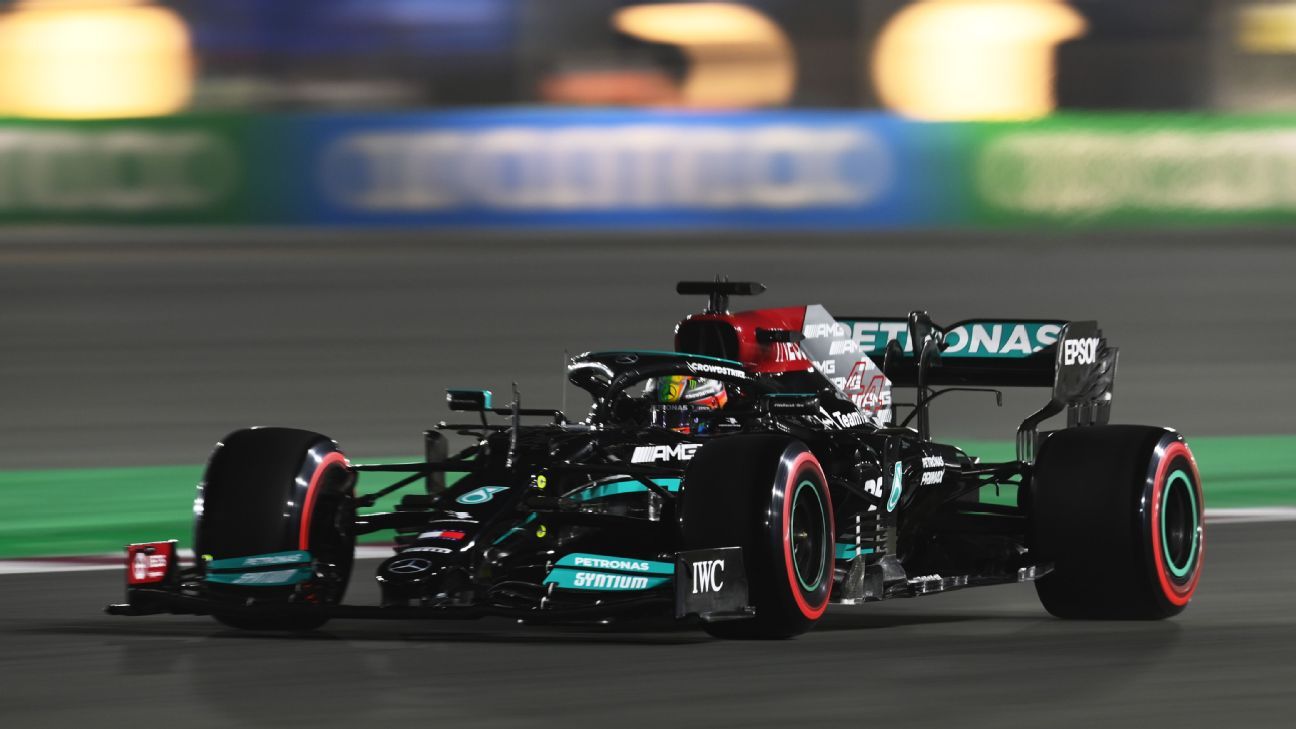 On Friday, Red Bull circulated images to TV broadcasters of scuff marks on the rear wing endplate under the main plain of the Mercedes’ rear wing.

In several interviews, Horner has claimed the marks are indicative of the main part of the wing flexing under aerodynamic load, thereby decreasing drag and increasing top speed on the straights.

Although some flexing of bodywork is inevitable on an F1 car, moveable aerodynamic devices are outlawed under the regulations and there have been numerous suggestions from Red Bull that Mercedes may be gaining an illegal advantage.

But Wolff dismissed the images of the scuff marks.

“I can’t see anything on this photo other than stuff being scratched — a ghost,” Wolff said. “I don’t know where they got this photo from and what it shows. It’s a ghost.”

Stricter rear wing load tests are due to be introduced by the FIA over the Qatar Grand Prix race weekend, but Wolff said they were essentially a trial for 2022 and was confident the Mercedes would pass them regardless.

“I think they are trying a new load test, also for next year, to have these things more robust and checking how much a wing deflects,” Wolff said. “I think it is not in the regulations or a TD but more of an experiment.

“But it will be interesting to see the results, because I think we are on the good side. But I am pre-empting because I don’t know what the results are or when they want to do it. We need to find out with the garage.”

Mercedes and Red Bull are engaged in a tight title battle, with Lewis Hamilton 14 points behind Red Bull’s Max Verstappen in the drivers’ standings.

Asked if he expected Red Bull to protest Mercedes at one of the final three races of 2021, Wolff added: “I don’t know what they are planning to do, but as I said, I can’t keep up [with the accusations]. I can’t follow their thinking.

“It seems erratic. But that’s OK because I don’t want to put any more oil in the flames.

“We are trying to look at ourselves and do the best possible job. We are still on the back foot with 14 points [in the drivers’ championship] and we need to do a good race tomorrow. That’s what counts.”