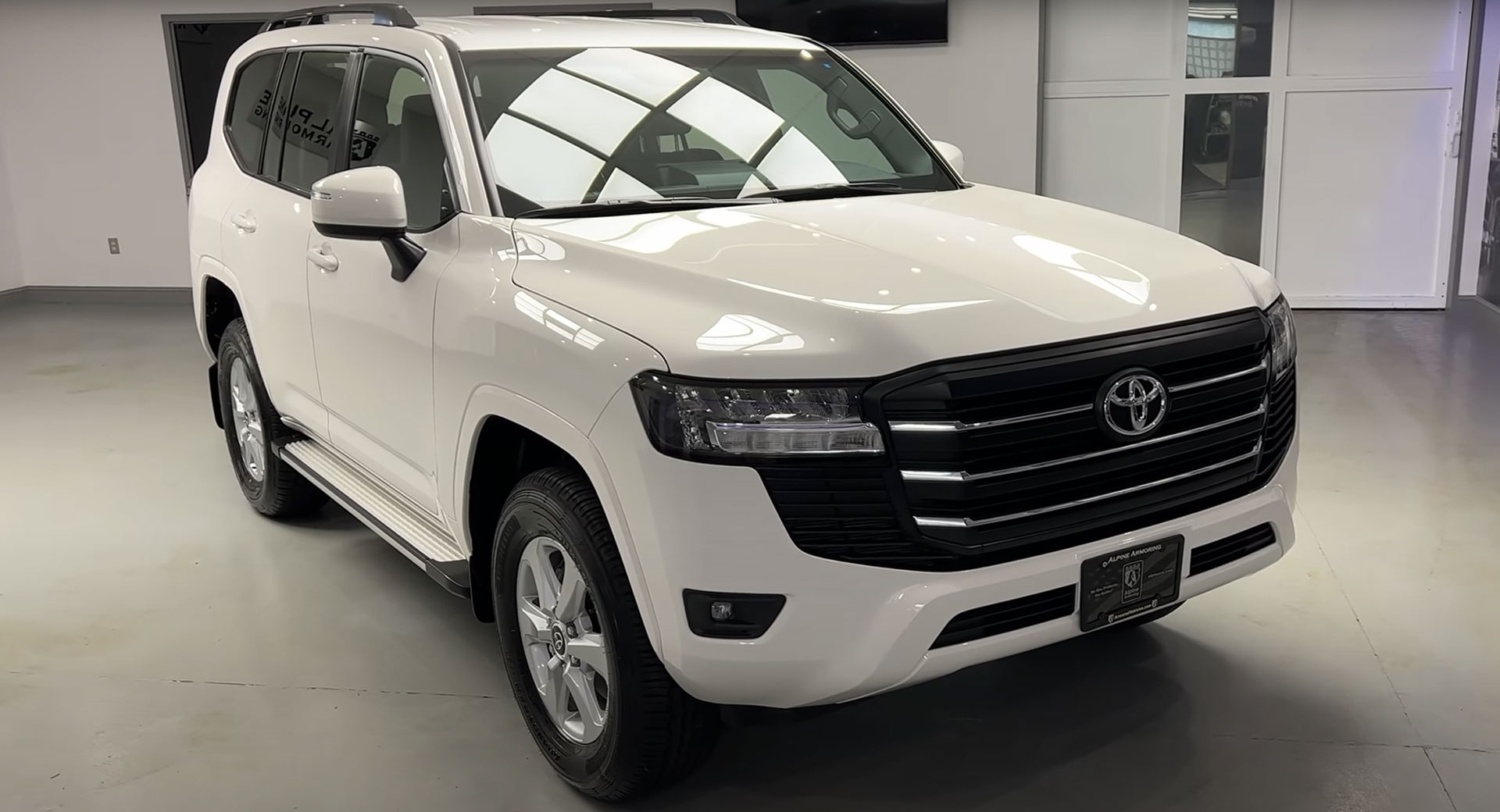 The 300-series Toyota Land Cruiser was only revealed a few months ago but it has already proven to be exceptionally popular. Sadly, it will not be sold in the United States.

For whatever reason, Toyota has decided to kill the Land Cruiser in the U.S., despite consumers in the States absolutely loving SUVs of this size. While it won’t be sold locally, Doug DeMuro recently had the opportunity to test one on local soil.

The Land Cruiser featured in this review has been imported to the U.S. by Alpine Armoring and will be transformed with a suite of armored features before being shipped overseas. This particular Land Cruiser is a base model, meaning it lacks many of the creature comforts you may expect from the SUV.

DeMuro’s review starts in the cabin. As a base model, it lacks an infotainment screen and has simple cloth seats with manual adjustments. The veteran reviewer suggests that this is probably a Middle East-spec model as the second row has a climate control switch but it is only for air conditioning and doesn’t offer any heating.

One of the most significant updates made to the 300-series Land Cruiser is the presence of two new engine options. The first is a 3.5-liter twin-turbocharged V6 petrol engine with 409 hp and 479 lb-ft (650 Nm) of torque while the second is a 3.3-liter twin-turbo V6 with 304 hp and 516 lb-ft (700 Nm). The example tested by DeMuro had the flagship twin-turbo petrol engine.