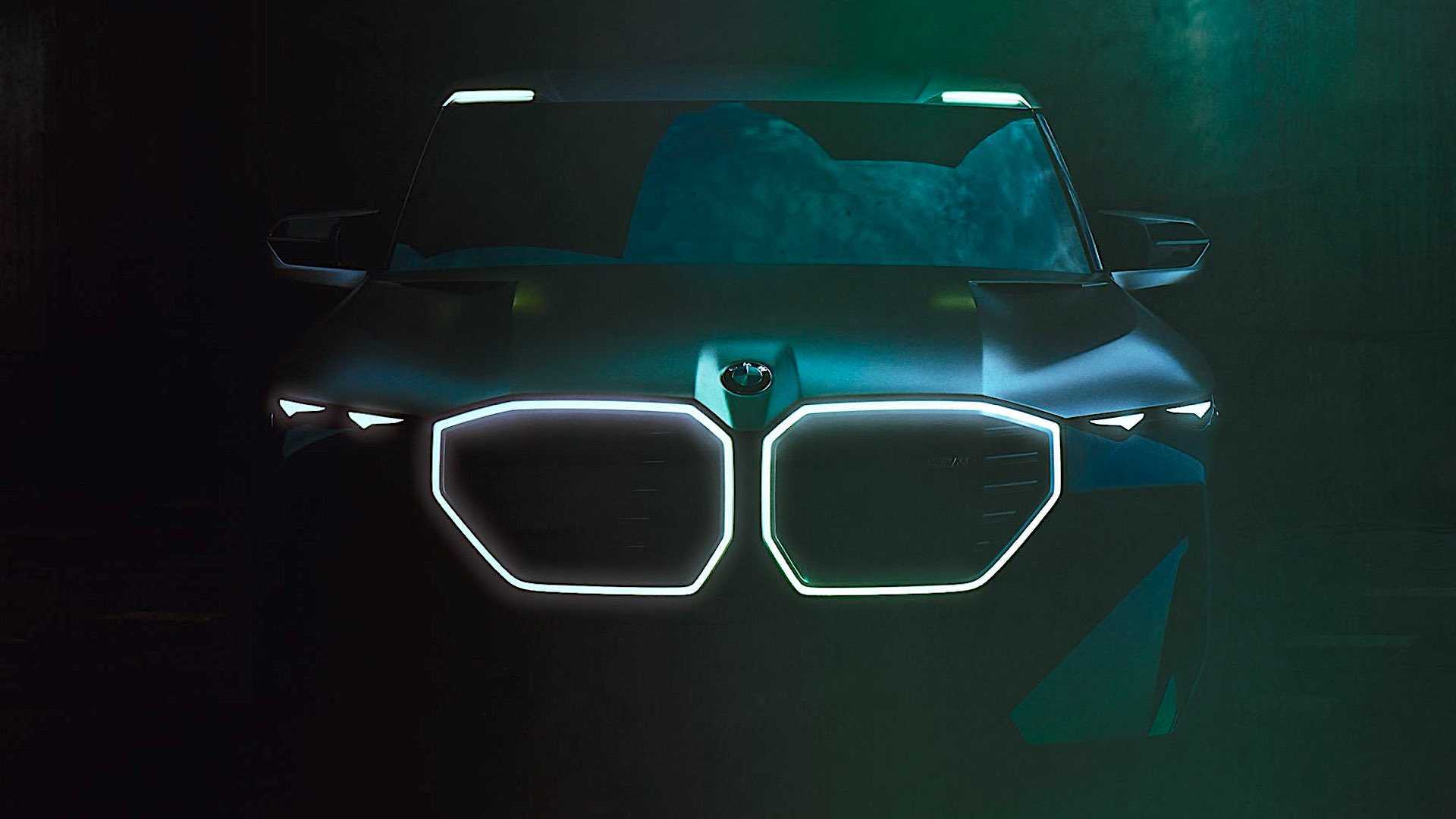 BMW Motorsport’s latest teaser for its new XM electrified SUV concept reminds us about all those jokes and memes generated by the facelifted 7 Series, whose grille is just too big to look good. This new concept’s grille is not only similarly sized – if not even bigger – but its outline is also illuminated, just in case you had any doubts about its size.

The teaser shows a very bold looking SUV fascia, with sharp details and no curves. This design is similar to the Vision M Next Concept’s, although packaged in a very different form factor. If we look closely, it looks appears that the grille is not completely covered, suggesting that this particular vehicle will be a plug-in hybrid, not a full EV.

We should take note of this new design, because the manufacturer says it is ‘the new face of BMW,’ hinting at the fact that this could be the look of future production models. And even this so-called concept, the XM, is probably just a lightly modified version of an eventual production SUV.

However, it won’t be a normal BMW, but one unique to the M brand. Its basic underpinnings will be shared with other models, but the exact model will only be available as an M-car, forever changing the definition of what one is. There have been M-badged X models for years, but the fact that for its first unique model Motorsport opted to make an SUV, that says something about how it will position itself and its offerings in the future.

One posibility is this XM could be the M version of the upcoming X8 – there won’t be an X8M, just the XM as its own unique model. Their shape looks roughly the same, although their fascias are completely different, the XM has a different hood with air inlets and completely different headlights – it even has lights right above the A-pillars, although those are probably there just for the concept.

Rumors say the XM will be powered by a twin-turbo V8-based plug-in hybrid system with a combined output possibly in excess of 750 horsepower. We expect to see the production XM debut in 2023, while this concept is going to be revealed on November 29, along with more context and information.