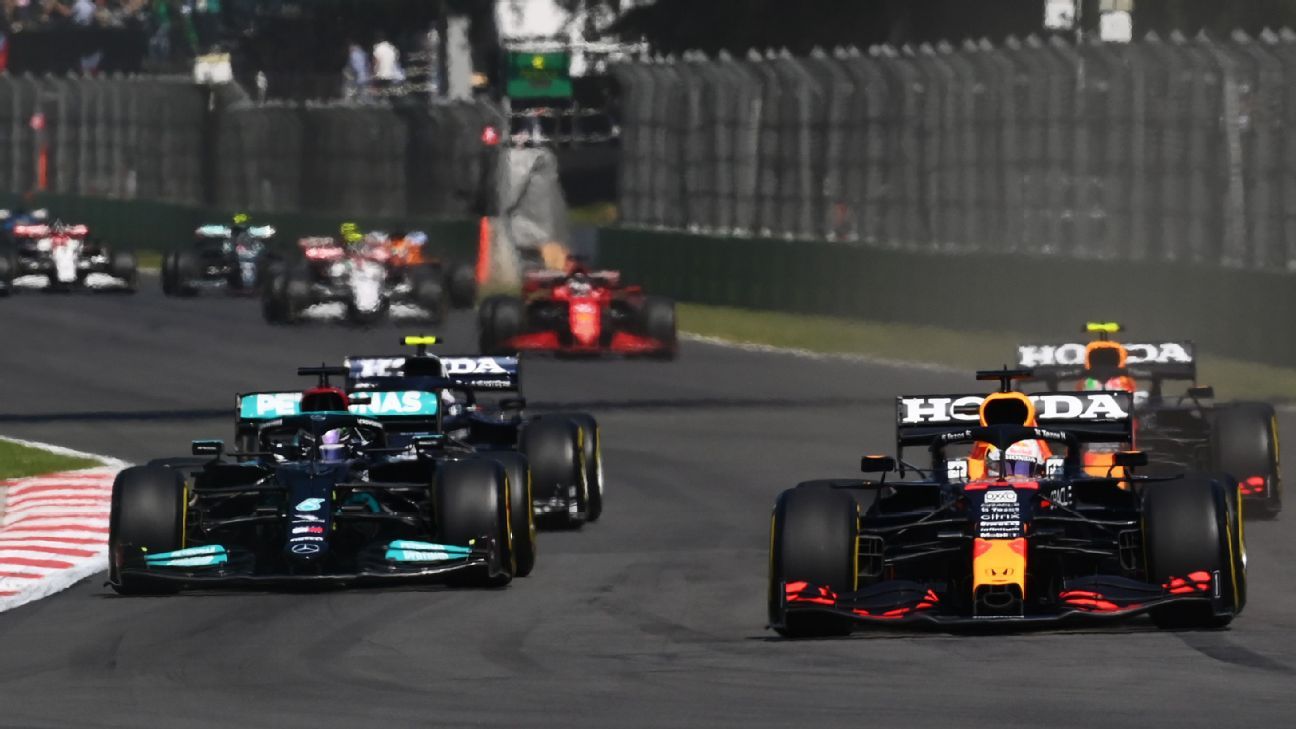 Mercedes has written to motorsport’s governing body, the FIA, to request a review of the incident between Max Verstappen and Lewis Hamilton on lap 48 of the Sao Paulo Grand Prix, which was not investigated by the stewards at the time.

Verstappen and Hamilton ended up off the track while fighting for the lead of the race in Turn 4 on lap 48, with the Red Bull driver running wide and leaving Hamilton no option but to bail out of the corner and into the run-off area.

The incident was noted by race control but based on the evidence available at the time the stewards decided not to investigate.

On Tuesday, onboard footage from the forward-facing camera of Verstappen’s car was made public and shows the angle of steering of the Red Bull relative to the angle of the corner and Hamilton’s positioning on track.

At the time of the incident, the video transmission from Verstappen’s car was broadcasting the rear-facing camera, meaning the evidence from the front-racing camera was not available to the stewards.

When the onboard footage was published, Mercedes issued the following statement announcing its request to have the incident reviewed by the FIA.

“The Mercedes-AMG Petronas F1 Team confirms that we have today requested a Right of Review under Article 14.1.1 of the International Sporting Code, in relation to the Turn 4 incident between Car 44 [Hamilton] and Car 33 [Verstappen] on lap 48 of the 2021 Brazilian Grand Prix, on the basis of new evidence unavailable to the stewards at the time of their decision.”

After the race, Mercedes team principal Toto Wolff said Verstappen should have been given a five-second penalty for crowding Hamilton off the track and accused the stewards of “brushing it under the carpet,” which he said was “laughable” on a weekend when Hamilton had also been disqualified from qualifying.

Hamilton’s Mercedes teammate, Valtteri Bottas, finished the race 3.1s behind Verstappen, so if a five-second penalty were to be retrospectively added to the results, Verstappen would drop from second place to third.

However, speaking in a post-race news conference before he had been given the opportunity to watch any footage of the incident, Hamilton said the near collision was nothing more than “hard battling” and a “racing incident.”