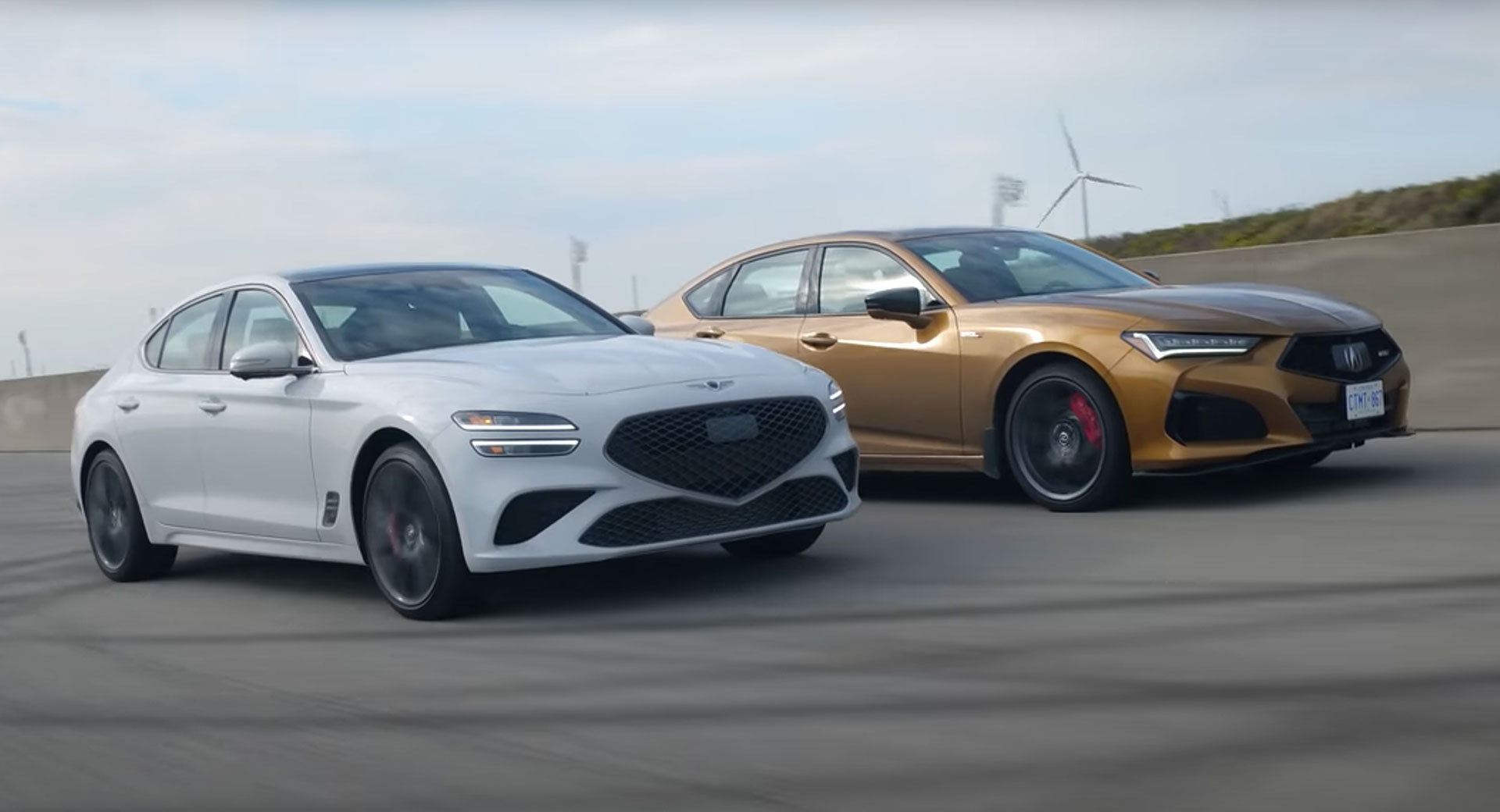 With their market share dropping, many sedans have been axed, but there are still a bunch of very impressive sports sedans available and the Acura TLX Type S and Genesis G70 are among the best on the market.

The G70 has been available for a few years now and was recently facelifted, although it remains largely unchanged from a mechanical perspective. By comparison, the TLX Type S only recently hit the market and did so with quite a lot of hype around it.

In terms of performance, the two are very well matched. Powering the Genesis G70 is a twin-turbocharged 3.3-liter V6 with 365 hp and 376 lb-ft (508 Nm) of torque while the TLX Type S has a turbocharged 3.0-liter V6 delivering 355 hp and 354 lb-ft (480 Nm) of torque. In a straight line, TheStraightPipes discovers that the Genesis has an advantage, although it isn’t significant.

The duo were tested on a racetrack, allowing the reviewers to see which has the better handling characteristics. A key advantage that the TLX Type S has is double-wishbone front suspension that provides it with much more front-end grip than the Genesis. However, while the TLX Type S has an all-wheel drive system like the G70, it isn’t as suited to powersliding as its Korean rival.