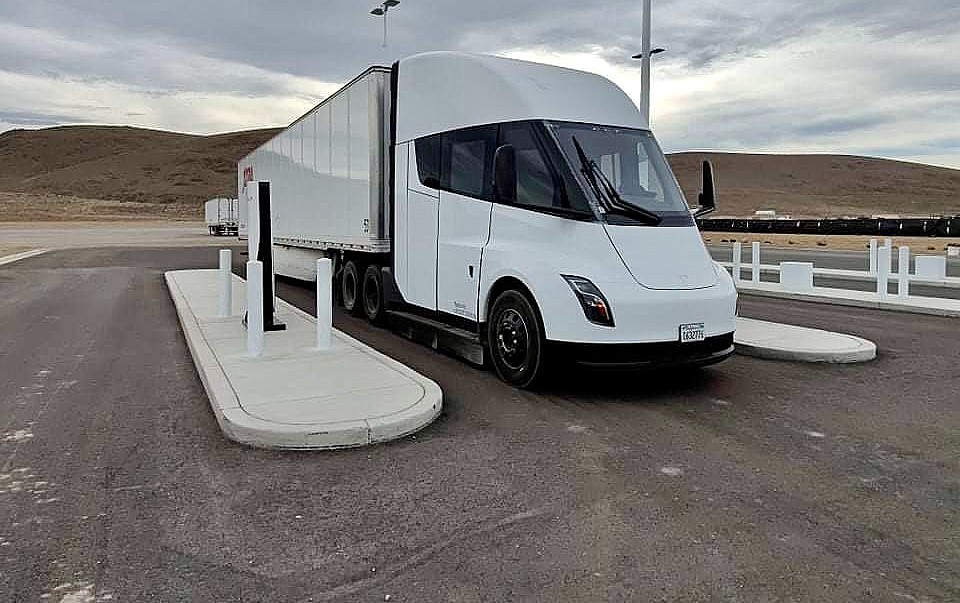 A Tesla Semi was spotted charging at the company’s newly-installed Megachargers at the Giga Nevada production facility near Sparks, Nevada.

Photographs of a Tesla Semi charging at Giga Nevada were shared by @hwfeinstein on Twitter, who stated that a friend of theirs saw a unit of the Semi charging outside of the factory, where Tesla has been reportedly installing Megachargers on-site to supplement the development and production of the automaker’s first all-electric commercial vehicle.

The Tesla Semi has been in development for several years and has been delayed several times due to production and supply bottlenecks. Earlier this year, CEO Elon Musk said the major hold-up in developing the Semi and other Tesla vehicles that will utilize a significant number of cells was simply shortages in battery and chip availability. “So it really wouldn’t matter if we had like the Semi or the truck or anything. We would not be able to make it. And the Semi, in particular, needs a lot of cells, so it needs a lot of cells, a lot of chips,” Musk said in April.

However, Tesla is quickly moving forward with the development of the Semi, especially as initial deliveries of the vehicle are expected to begin before the end of the year with PepsiCo. being the recipient of the first 15 Tesla Semis. Tesla seemed to be making significant strides in the Semi’s development earlier this year after one unit was spotted running spirited laps around the Fremont factory’s test track.

The Semi did not have many significant developments in 2021 until recently. In mid-October, Tesla began installing Semi Megachargers at the Giga Nevada facility, which would reportedly be used for test trips between Fremont and Nevada, which the Semi has been known to make for internal Tesla purposes.

Now that the development of the Tesla Semi is continuing and we now have confirmation of the first deliveries that will take place later this quarter, Tesla can begin turning its focus to ramping the production of the vehicle. However, Musk has made it abundantly clear that mass-market vehicles will continue to be the priority, and cells will be diverted to the large-scale passenger market. PepsiCo. will have a unique opportunity to assess the performance and effectiveness of the Semi as it will hit the road for a company not called “Tesla” for the first time.