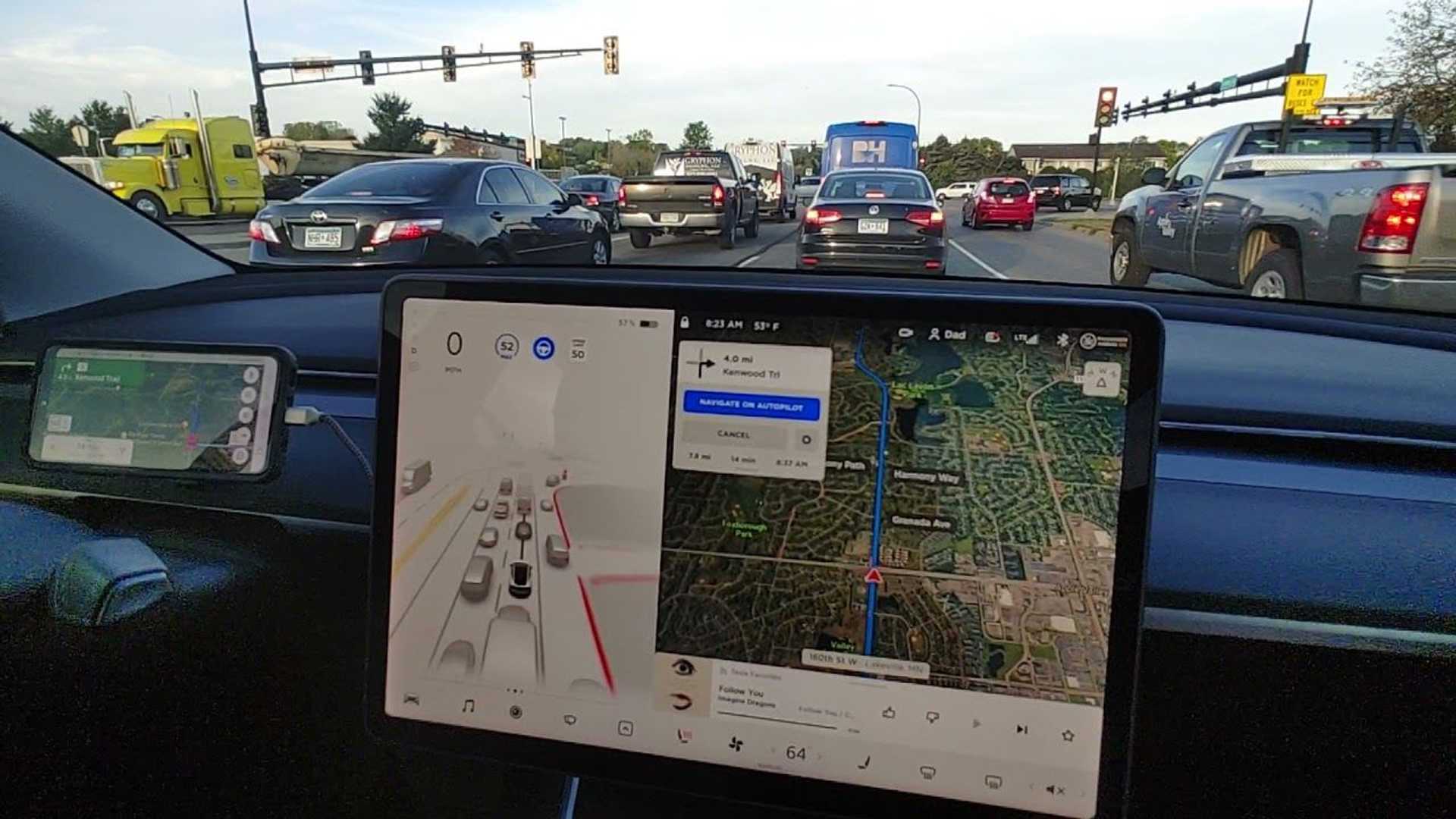 The National Highway Traffic Safety Administration (NHTSA) says it is now analyzing a Tesla Full Self-Driving-related complaint that has to be one of the most peculiar of its sort that we’ve come across. According to the complaint filed on the NHTSA’s website, the owner actually fought for control of the car when it went into the wrong lane during a left turn which it was performing with FSD Beta enabled.

The vehicle was in FSD Beta mode and while taking a left turn the car went into the wrong lane and I was hit by another driver in the lane next to my lane. the car gave an alert 1/2 way through the turn so I tried to turn the wheel to avoid it from going into the wrong lane but the car by itself too control and forced itself into the incorrect lane creating an. unsafe maneuver putting everyone involved at risk. car is severely damaged on the driver side.

This could very well be the first documented case of something like this happening and also resulting in an actual accident. It’s also quite an unusual incident because the driver should always be able to overpower the vehicle and steer it out of a dangerous situation – when forced is applied to the wheel, FSD is supposed to deactivate.

But if the driver was unable to do so in this instance, what was the cause here? There is also a chance that someone may have faked this report, in order to affect Tesla’s image, but we’ll have to wait for the NHTSA to conclude its investigation before drawing conclusions. We’ve not heard of another case when the driver was not able to take control in a situation like this, so that’s what makes this particular instance unusual.

This may also be the very first known accident in the FSD program, and it is definitely the first of this type. There have been crashes on Autopilot, but none involving FSD Beta vehicles, according to statements from Tesla issued in October.

Ford CEO Jim Farley’s frustration builds as he vows to transform the automaker
Pour One Out For The First Known 2023 GR Corolla Crash
Behind the Scenes of 2013 SUV of the Year – Wide Open Throttle Episode 36
2025 Audi A3 Sportback spy shots
Renault, Nissan will present alliance redesign on Feb. 6