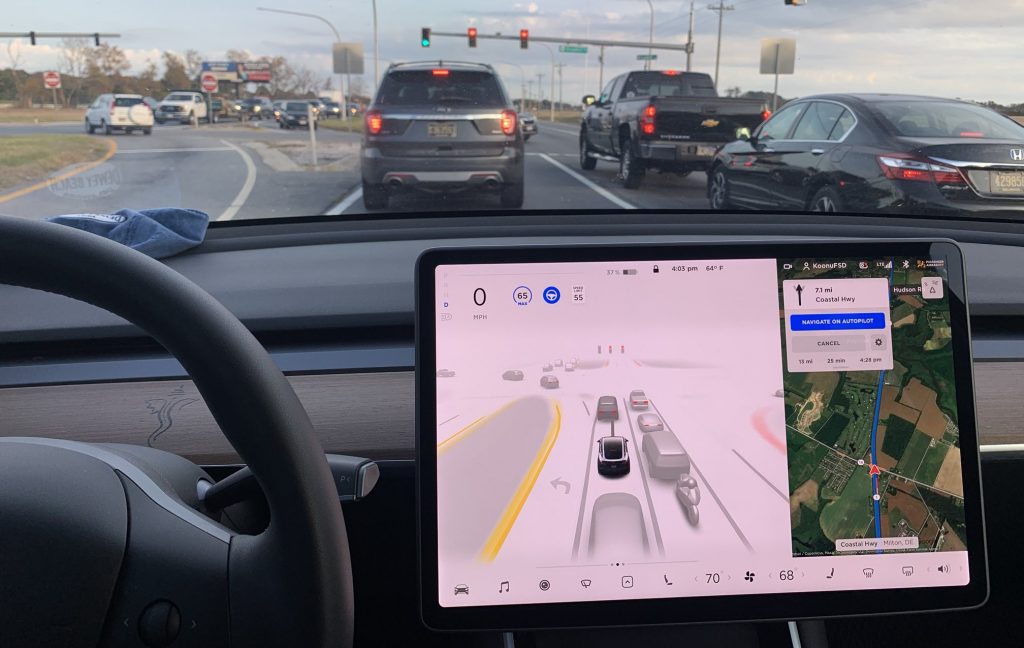 With the FSD Beta program being expanded to more users, the advanced driver-assist system would inevitably meet an accident or two on the road. While drivers are always advised to stay extremely vigilant while the system is engaged, and while Tesla is all-too-willing to kick out users who have displayed a tendency to not pay ample attention to the road, there is still a good chance that Teslas running FSD Beta could be involved in a crash.

What seems to be the first reported FSD Beta crash was recently posted on the National Highway Traffic Safety Administration’s (NHTSA) official page for the 2021 Tesla Model Y. The incident reportedly happened on November 3, 2021, and did not result in any injuries or fires. What is quite strange, however, is that the complaint claimed that the driver attempted to take control of the Model Y while it was in FSD Beta, but the vehicle fought for control and forced itself into the incorrect lane.

“The Vehicle was in FSD Beta mode, and while taking a left turn, the car went into the wrong lane, and I was hit by another driver in the lane next to my lane. The car gave an alert 1/2 way through the turn, so I tried to turn the wheel to avoid it from going into the wrong lane, but the car by itself took control and forced itself into the incorrect lane creating an unsafe maneuver putting everyone involved at risk. (The) car is severely damaged on the driver side,” the complaint read.

The details of the FSD Beta crash report are pretty scarce. Not even the location of the incident was shared in the report. FSD Beta owners and Tesla drivers alike have expressed some skepticism on the complaint’s claims, however, as Autopilot and FSD Beta are both designed to disengage when a driver intervenes by moving the steering wheel. To date, it has also never been proven that a Tesla would or even could fight for control while its driver-assist systems are engaged.

The NHTSA has stated that it might remove complaints from its website that it is unable to verify, so it remains to be seen if the FSD Beta crash’s report would stay on the 2021 Tesla Model Y’s page. That being said, the complaint is still online, so it might only be a matter of time before more details about the incident emerge.

Contrary to the mainstream narrative, which suggests that Tesla’s FSD Beta program is a haphazard initiative that puts numerous people at risk, the company has actually been extremely conservative about the advanced driver-assist system’s rollout to date. Tesla has even adopted an extremely aggressive enforcement process for its FSD Beta users, with the company only giving one warning to drivers who improperly use the system. Drivers that are flagged more than once would be kicked out of the FSD Beta program, as confirmed by Elon Musk on Twitter.