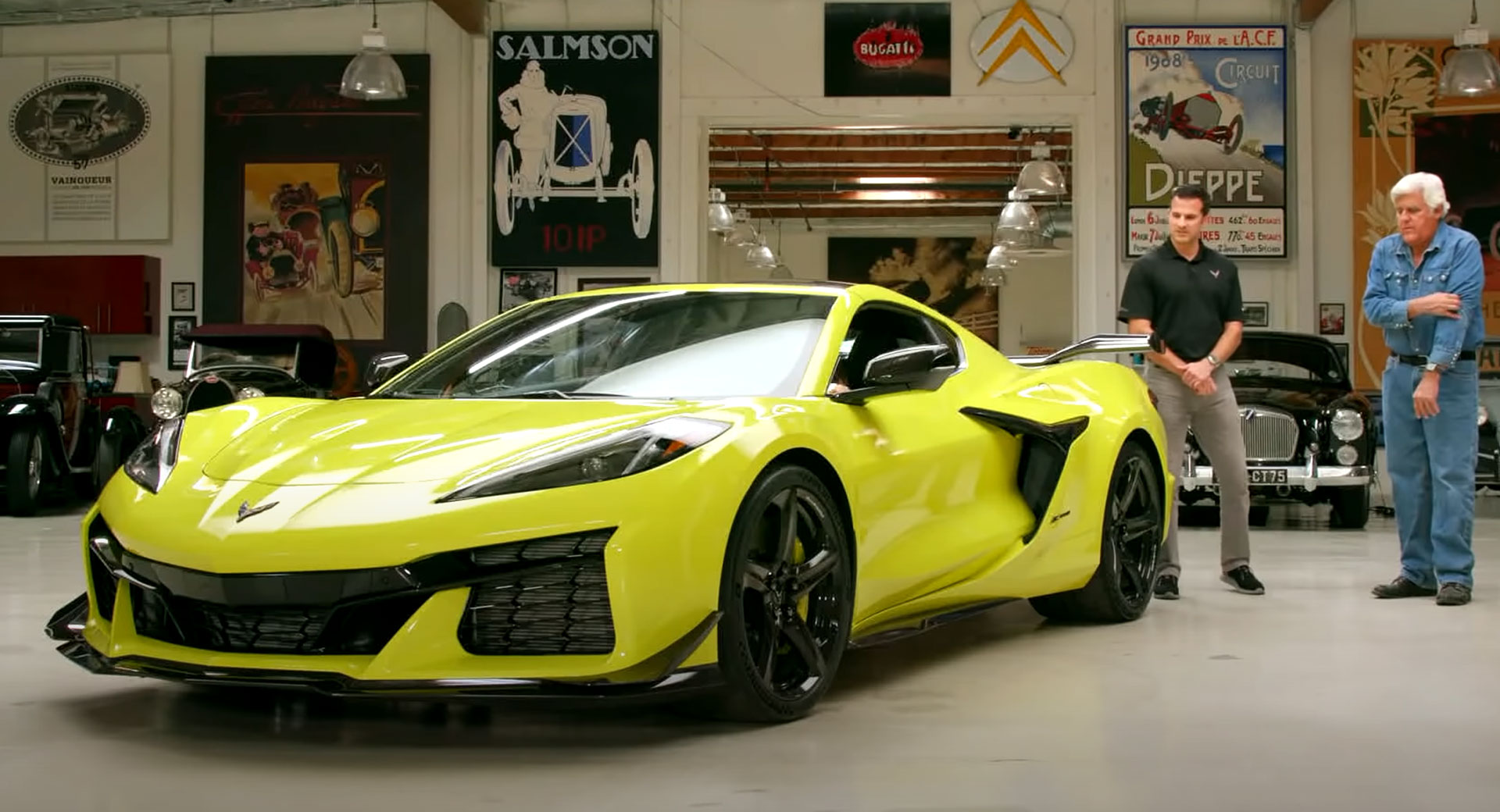 While Chevrolet hasn’t yet handed journalists the keys to the 2023 Corvette Z06, it did recently bring an Accelerate Yellow example to Jay Leno’s Garage and allowed him to jump behind the wheel.

Leno speaks with the lead development engineer of the Corvette Z06, Aaron Link, throughout the video, giving us an insight into the development process that brought the car to life.

The highlight of the new Corvette Z06 is its 5.5-liter naturally aspirated flat-plane crank V8. This is the first engine that’s been created exclusively for use in a Corvette model and just so happens to be the most powerful naturally aspirated V8 ever fitted to a production car. It pumps out 670 hp and 460 lb-ft (623 Nm) of torque and making it all the more impressive is the fact that it revs to 8,600 rpm, which is unheard of for an American V8.

Various other changes differentiate the new Z06 from the standard Stingray. For example, it features upgraded carbon ceramic brakes and has massive 20×10-inch front and 21-x13-inch rear wheels. Models equipped with the Z07 package like the car featured in this video can be optioned with carbon fiber wheels. The tires measure 275/30 at the front and a massive 345/25 at the rear, the widest tire ever fitted to a Corvette.

The first 20 minutes of the video are centered on a discussion between Leno and Link about the car before they head out onto the street in the final 10 minutes. While the car Leno was driving was a prototype, he was encouraged to push it through its redline to experience what the new engine is capable of.