We have seen plenty of custom vehicles but the imagination of builders seems to be endless. The latest example comes from the city of Székesfehérvár in Hungary and is a genuine off-roader with supermini styling. We are talking about a Frankenstein vehicle with a VW Polo body sitting on Nissan Terrano II underpinnings. 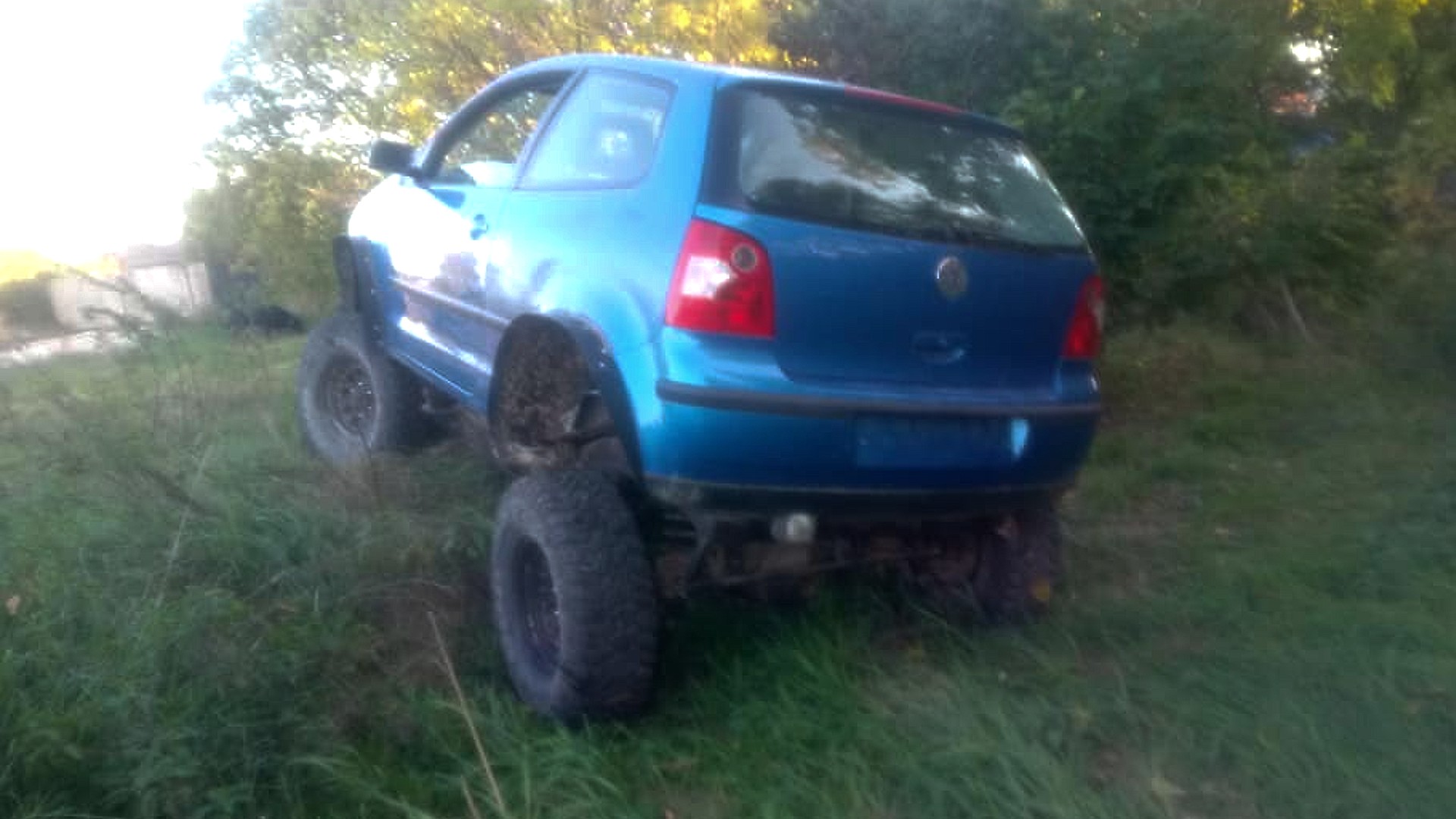 The blue-painted Polo is positioned above the ladder-frame chassis of the Nissan. The axles, suspension, all-terrain tires, and powertrain originate from the 4×4 providing the German supermini with amazing off-road credentials. Besides riding significantly higher than usual, the Polo looks pretty standard with the exception of plastic extensions on the wheelarches and a bull bar protecting the front bumper.

In the late ’90s, the Nissan Terrano II came fitted with either a 2.4-liter gasoline engine or a 2.7-liter diesel producing a maximum of 124-125 hp. However, the seller suggests that this model has a tuned turbo-diesel producing 160 hp, making it more powerful than the latter 3.0-liter unit which produced 154 hp right from the factory. In any case, power is transmitted to all four wheels through a manual gearbox.

According to the listing on Facebook Marketplace, the off-roader has been driven for 200,000 km (124,274 miles), although it’s unclear if they’re referring to the whole car or the Terrano II that was used as its basis. This may sound much but with an asking price of 890,000 Hungarian Forint ($2,857) it is pretty affordable.

Renault veteran Cambolive will lead brand’s move to larger cars
Gaming on the go finds home behind the wheel
Mexican Gearhead Brings His Forbidden Hot Hatches Across The Border To America
Report: Tesla “Uses Its Profits As A Weapon”
Renault-Nissan alliance reboot will start with 5 projects, report says