Wrecking a brand new car must be a pretty rough experience for the driver and everyone involved. This is what happened in Spain when a blue McLaren Artura crashed with a silver BMW sedan making it the first reported accident of the mid-engined supercar. Thankfully no one was injured since the cars were traveling at low speed.

A picture and a video uploaded on Instagram by supercar.fails shows a right-hand drive Artura with UK license plates sitting on the wrong side of the road after a head-on collision with a left-hand drive BMW 3 Series E90 (2005-2011). We don’t know the circumstances but it looks like the accident happened after a left turn.

Watch Also: Daniel Ricciardo Sure Knows How To Drift The McLaren Artura Around Brands Hatch

The British supercar will definitely need a new bumper, bonnet and headlights, likely front fenders too. Although the damage is pretty severe, it could be fixable as long as the carbon-fiber monocoque and the powertrain are left untouched. Given that this specific example was registered in the UK and has a blue exterior, it could be the press car that participated in this year’s Goodwood Festival of Speed. It is normal for manufacturers to use press cars for test drives with potential customers but we don’t know if this was the case here.

The supercar was first unveiled in February 2021, but the first deliveries have probably started only a few weeks ago. The US market launch, initially scheduled for June, has been delayed and we are not sure if anyone has gotten the keys to his/her Artura from this side of the Atlantic. 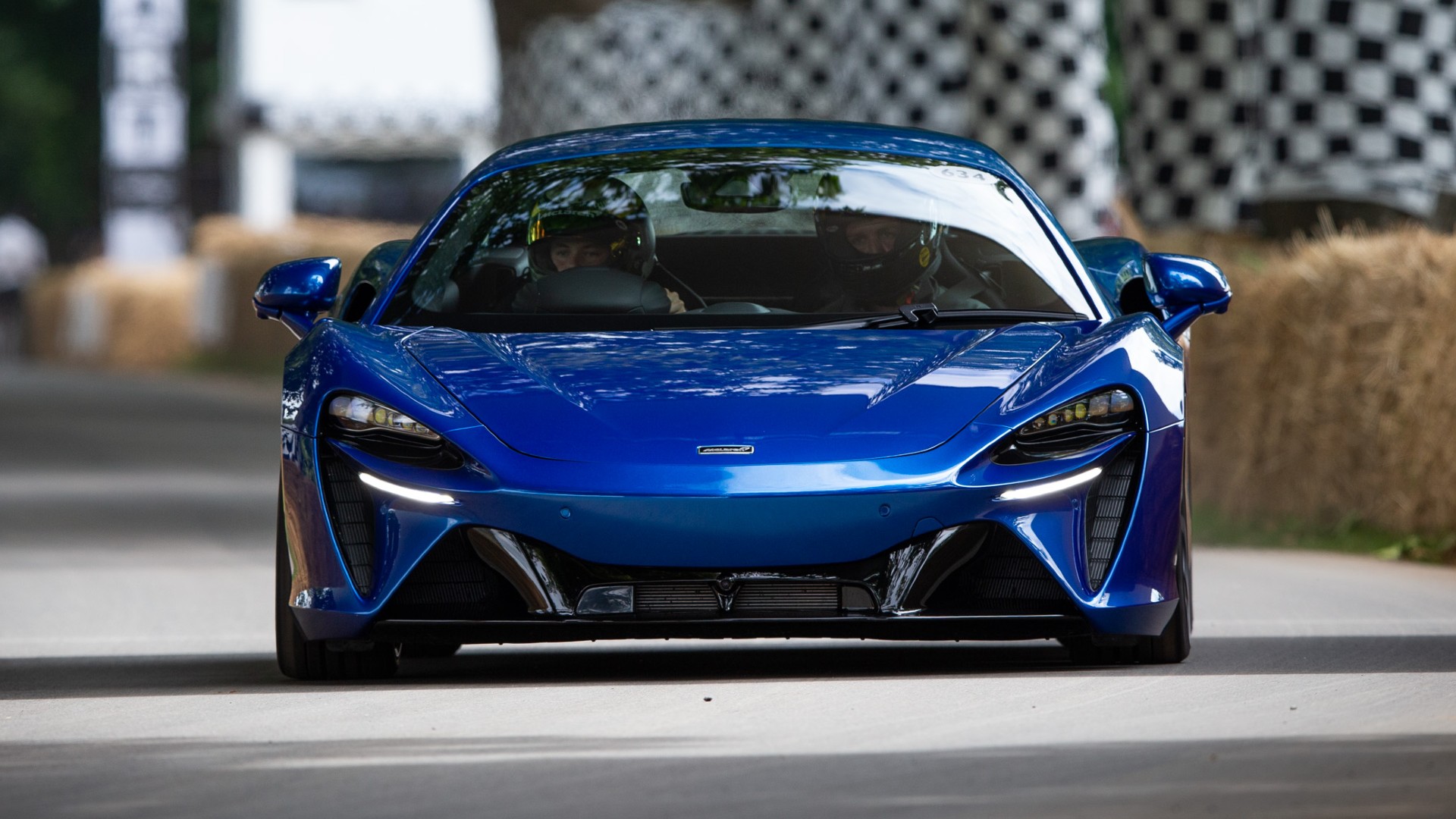