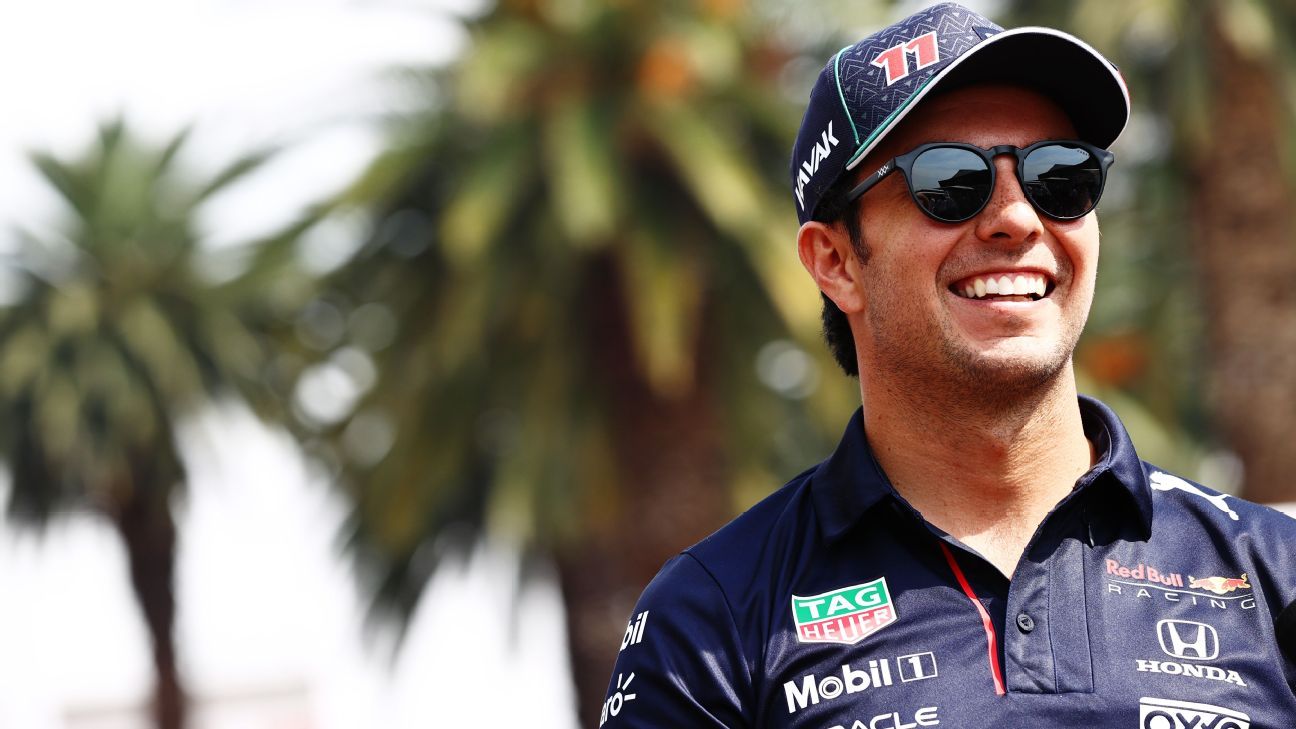 MEXICO CITY – Sergio Perez is his first and harshest critic. The Mexican driver hasn’t liked his 2021 Formula One season, but he feels he has found his place within Red Bull Racing Honda and is confident his year-end grade will reflect improvement.

In an interview with ESPN ahead of Sunday’s Mexican Grand Prix “Checo” acknowledged that, extenuating circumstances aside, he has left attainable points and races on the table. “We were lost a bit midseason trying to find a path that didn’t lead us anywhere, so we let a lot of points and important races slip away,” the 31-year-old Perez said. “But we realized what was happening and turned it around, and I think we’ve figured out the car and how to get the most out of Red Bull.”

Perez considers himself an important component in the development of Red Bull’s 2022 car, which he has already tested in the simulator. However, his focus is on finishing third in the 2021 driver standings — he currently sits fourth with 150 points — and lifting his Red Bull team to the constructors’ title.

Among other topics, Checo believes it’s feasible to surpass Red Bull teammate and current points leader Max Verstappen in next season’s standings without causing a rift between the two. He also found one particular social media phenomenon in Mexico that involves his likeness quite amusing.

Without further ado, here is Perez’s conversation with ESPN:

What grade would you give yourself with Red Bull so far?
There’s a lot to that. If you look at it coldly, I’m not happy with my season, but there are a lot of factors. If you notice, the drivers who switched teams and especially those in new cars — [Daniel] Ricciardo is an example of a top driver who’s struggled to adjust — it was the same with me. I’ve struggled to adapt, but it’s hard to put a grade on that right now. If I close out strong like I expect, the grade will be different. So I’ll wait till the end of the year.

Can the lessons from the last race in Austin be applied here?
No doubt. Not just in Austin. I think we’ve run several races where we should’ve had four or five straight podiums. We’ve done a good job in the last races, but without a doubt I expect the boost this weekend necessary to secure the pole and win the race.

What’s been your biggest contribution to Red Bull?
I think the experience, the amount of points that I’ve taken away from Mercedes and given to Max. The team is always positive and not just in the way we work together, but how we’ve pushed the team in several areas.

You’ve never signed a contract for more than one year except once, and even that one fell short. I suppose you’re seeking a multi-year deal. What do you have to do to make that happen?
Be solid from the start. Finish the last five races very strong as far as my adjustment goes, then start the new year on the right foot and be the driver to beat.

With loud engines in the background and lunchtime approaching, a hungry Checo doesn’t skimp on looking at his season in a positive yet objective light, using plenty of adjectives.

How important will your role be in the development of the 2022 car? What have you done in that regard?
Fundamental. I’ve been involved in all of that every weekend at the engineers’ meetings, tried out the simulator. But we’re at the point of the championship where we’re fighting for our lives on one end, and on the other we’re preparing a totally new car.

Your goal is always to win the title, regardless of the car or where you are. That said, how would you do it at Red Bull next year, vying for the title without causing a confrontation with Max?
We have a good relationship, and there’s a good team environment. He’s a great athlete when I’ve been in front of him, and he’s keenly aware of it. I don’t see any problems.

You’ve been asked a thousand times today whether you would allow Max to pass you here in Mexico. Under what circumstances would that happen, and where would Max and Hamilton have to be in the standings?
It’s hard to think of that right now. We’d have to wait to see how things shake out for each of us Saturday, but we’re still hoping for the pole.

Is your year-end goal to finish third, or to contribute to Red Bull’s team and driver title aspirations?
I think that to win the constructors’ title I’d no doubt have to finish third.

Is that doable?
Yes. I’m going to finish the last five races strong. Every point is crucial nowadays and I don’t see a reason not to seek wins in those races.

How do you see the start with that long straight, then that first turn?
Complicated. There’s always accidents at that curve, so that’s more important.

What will be the best racing line?
There’s never a best line before the races. They develop during the races, and it’s always interesting that you can never plan a start, even if historically the outside has been the best bet. Everything changes in one instant.

What’s the funniest thing you’ve come across about yourself on social media this year?
They had me cracking up with “Cardboard Checo” (life-sized cutouts of Perez placed at various retailers in Mexico that were regularly stolen for comedic and collecting purposes). They took me to weddings, to get vaccinated, everywhere. Mexican pranks are truly unique.

The ‘land grab’ for lithium is just getting started with GM deal, says EV materials expert
2024 Chevy Corvette Z06 GT3.R debuts at 24 Hours of Daytona
Toyoda set to remain a force at Toyota, even as he bows out
Aptiv posts double-digit revenue growth, profit boost in Q4
Ford announces F1 return for 2026