On November 5, 1921, the Daimler-Motoren-Gesellschaft company applied for its first patent on the logo by which it is still recognized to this day. The three-pointed star with a ring around celebrates its 100th birthday today.

First appearing atop screw cap for the cooling system, it was soon used in other parts of the company’s passenger cars and commercial vehicles. The history of how the logo came together, goes back many years further.

The three-pointed star’s use on vehicles traces its history back to 1909 when, following the death of Gottlieb Daimler in 1900, his sons remembered how the company’s founder had added a star to a postcard showing the family home years before.

The sons were fond of the idea because they felt the three-pointed star reflected their father’s vision of motorization “on land, on water, and in the air.” On June 24, 1909, Daimler applied for the patent on a three-pointed star but without a ring surrounding it.

On August 6, 1909, Benz & Cie, which was still an independent competitor to Daimler, applied for its own patent for a logo, “Benz” lettering framed by a laurel wreath. The wreath replaced a cogwheel and was intended to signify its many motorsports victories. 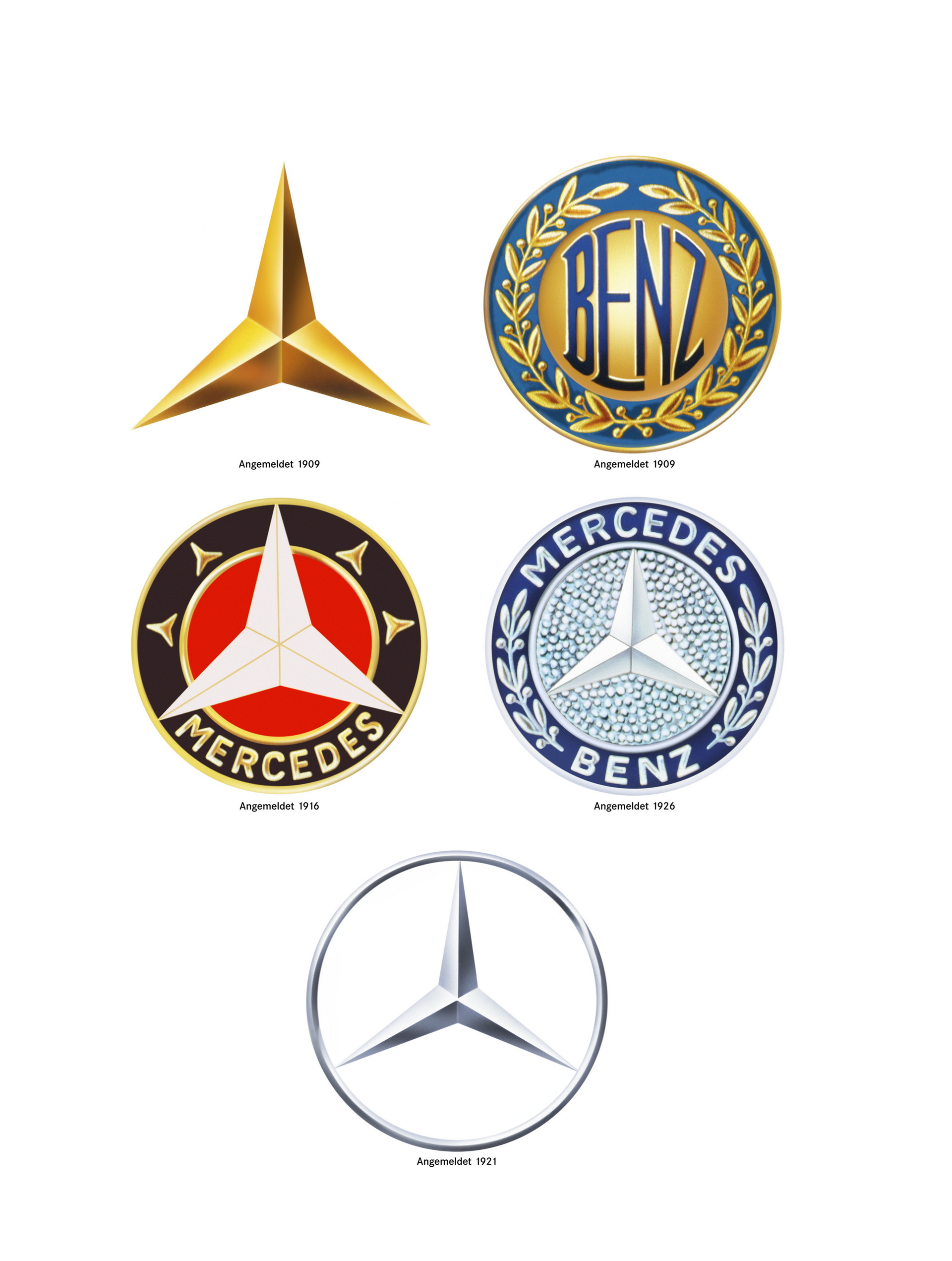 Later, in 1924, when the two companies merged, the logos were combined to feature the laurel surrounding the three-pointed star. A year later, the two companies, both coincidentally founded in 1886, came together.

As part of the merger, Daimler chose to use the name Mercedes, adopted first by Austrian businessman and investor Emil Jellinek who raced Daimler vehicles under the name as a nod to his daughter.

The three-pointed star wasn’t the only one that Daimler tried to patent in 1921, though. The company also filed for a four-pointed star but chose not to use it until 1989. That year, the company that later came to be known as DaimlerChrysler Aerospace was founded, and to mark the additional area motorization, they used the star as their logo.

Nissan Could Ditch Titan, Pivot To Smaller Electric Pickup Instead
Mexican Gearhead Brings His Forbidden Hot Hatches Across The Border To America
Tesla sales in California show it is still the preferred choice in an EV hotspot
Ford offers some on Bronco waitlist $2,500 to buy something else
Ford boosts financial support to dealers for remote service offerings