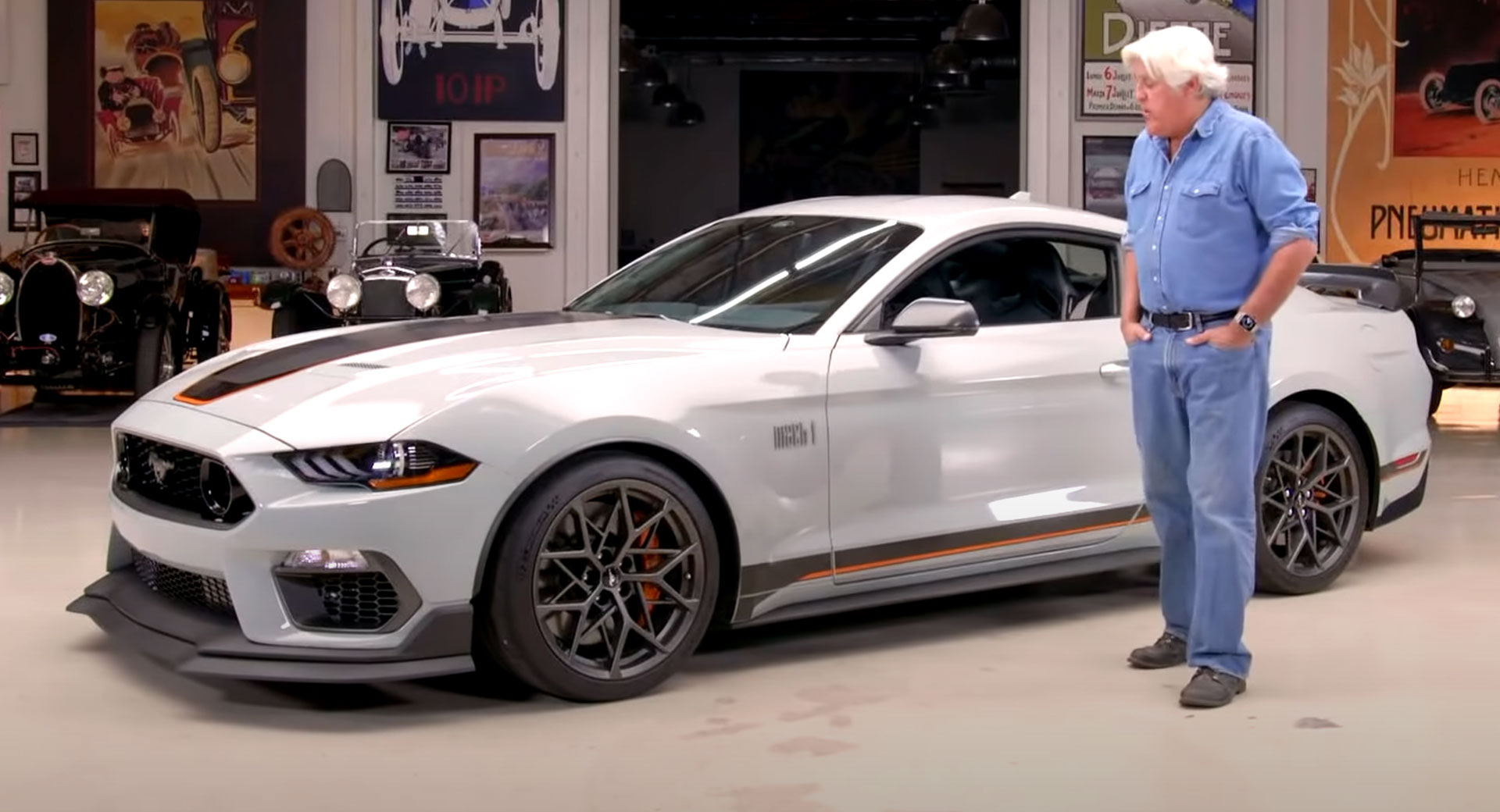 The Ford Mustang Mach 1 is the latest must-have variant of the famed pony car and according to most reviews, is an excellent performance car. However, is it good enough to win over Jay Leno?

The Mustang Mach 1 fills the void left behind by the Shelby GT350, Mustang Bullitt, and Mustang Performance Pack 2 (PP2) and sits between the GT and the insane Shelby GT500 in the line-up. It brings together some of the key parts from the models that it replaces and is a very nice addition to the Mustang family.

Watch Also: Has Ford Nailed It With The 2021 Mustang Mach 1?

Leno was particularly interested to test out the Mustang Mach 1 because it can be optioned with a 10-speed automatic transmission. While many customers will no doubt opt for the Tremec six-speed manual that is also available, those equipped with the automatic will probably sell in higher numbers. It is also arguably better suited to everyday driving.

Throughout this review, Leno has the opportunity to speak with Jim Owens,, the brand manager for the Shelby and Mustang brands. Leno is very impressed with the automatic ‘box, noting just how responsive it is when shifting down the gears when you’re driving quickly.

While it is a shame that the Mustang Mach 1 doesn’t have the same flat-plane crank 5.2-liter V8 as the GT350 and instead uses the more familiar 5.0-liter Coyote, it still delivers an impressive 480 hp and 420 lb-ft of torque. That is more than enough to spin up the rear wheels, so much so that Leno burned through the rubber of the rear tires after spending a day with the car.