Have you ever looked at a car and wondered what was going through its owner’s head when they modified it? We certainly did with this third-gen Mitsubishi Eclipse that we saw on Reddit, which not only has a front end from an ’80s/’90s Chevy truck, but also a pickup bed to match.

On one hand, this car has almost nothing going for it. It’s built on arguably the worst Eclipse generation (before Mitsubishi decided to use the name on an SUV), has an awkward overbite from its Chevy front end swap, and features an unusual pickup truck bed out back along with a questionable set of wheels.

See Also: This Mercedes-Benz “Replica” Is Great In The “Terns” And Has “Gold Wing Doors” 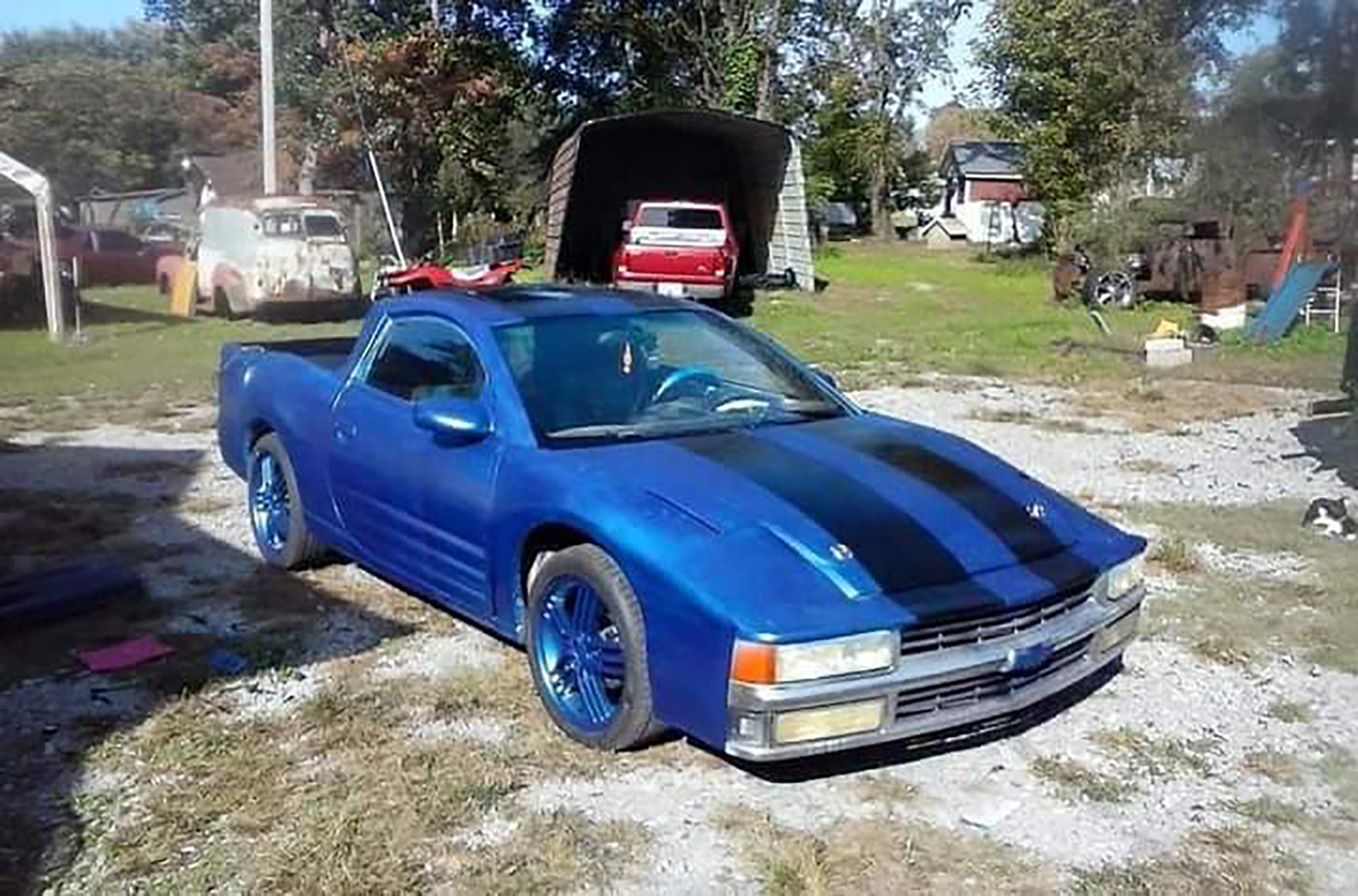 Related: Someone Just Paid $10,000 For This Chevy Camaro-Based Ferrari Replica

On the other hand, one could argue that it’s so bad, it’s almost good. The Chevy nose somehow manages to match up with the Eclipse’s front clip without any fuss, and the truck bed is at least unique, if nothing else. And if all of the bodywork was done by hand, that’s honestly a feat all on its own. One thing we could do without is those color-matched wheels, but that comes down to personal taste.

All in all, this strange swap, while nothing show-worthy, is the kind of fun project done just for the sake of it. It has a certain shock factor to it, and we could totally see it competing in low-budget motorsport events like the Gambler 500 or 24 Hours of Lemons.