Lamborghini has joined as an official partner of the Movember charity, which raises money for men’s health issues.

Thus, the fundraising and awareness campaign taking place every November will be slightly more prone to petrolheads this year since 1,500 Lamborghinis will parade wearing stickers in the shape of a mustache, the Movember symbol, on their bonnets. On Saturday, November 6, the Italian supercars will roam the streets of major cities including New York, London, Syndey, Bangkok, Rome, and Cape Town.

The special event is organized with the help of 92 Lamborghini dealers, with owners encouraged to participate. The mustache-wearing Lambos will spread Movember’s message while people can donate money for the cause through this online platform. At the time of the writing, the Lamborghini Movember Bulls fundraiser has already gathered $72,166 for the charity, supporting important men’s health issues. Funds raised through the month will go towards mental health and suicide prevention, prostate cancer, and testicular cancer. 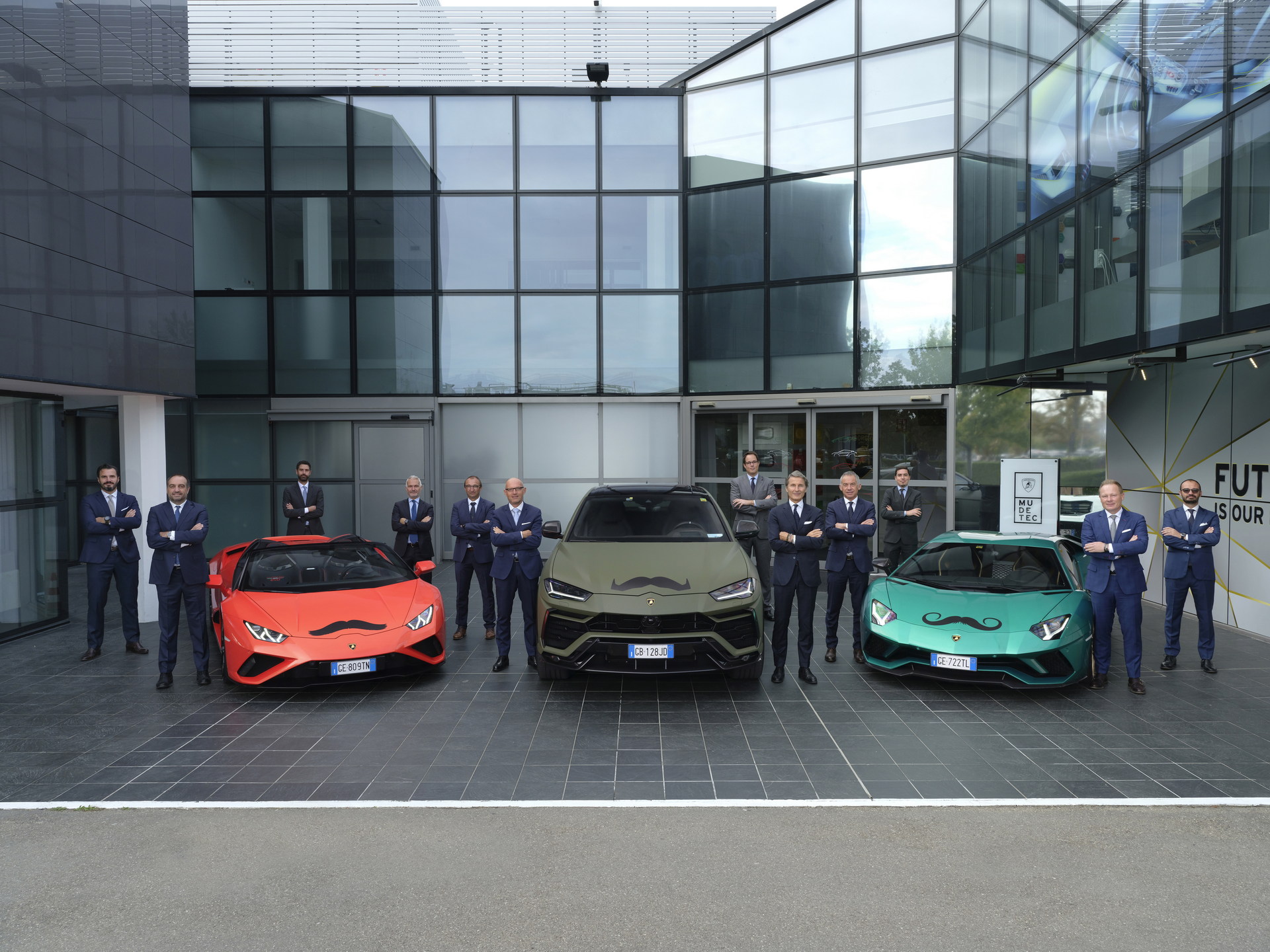 Chairman and CEO of Automobili Lamborghini Stephan Winkelmann said: “Through this partnership, Lamborghini wants to actively contribute to the crucial issue of health and support research, by raising awareness among its community of fans and customers. This is a perfect parallel to the many initiatives that we have been carrying out internally for years in favor of the psycho-physical well-being of our people. These include health screening and prevention projects, to schemes supporting diversity and inclusion, and numerous social initiatives, which make Lamborghini an ethically responsible industrial entity.”

Movember’s goal is to tackle key health issues faced by men, but also encourage them to stay healthy in all areas of their life, with a focus on remaining socially connected and becoming more open to discussing their health and significant moments in their lives. You can learn more on the charity’s official website.

GM Financial profit slips in Q4 as interest rates rise
Elon Musk teases expendable version of SpaceX’s reusable Starship rocket
Would You Pay $3,790 For A Maybach Jacket Or $490 For One Of Its New Hoodies?
Schumacher lined up as McLaren F1 reserve
Your BMW i4 Won’t Update If It’s Not On Flat Ground