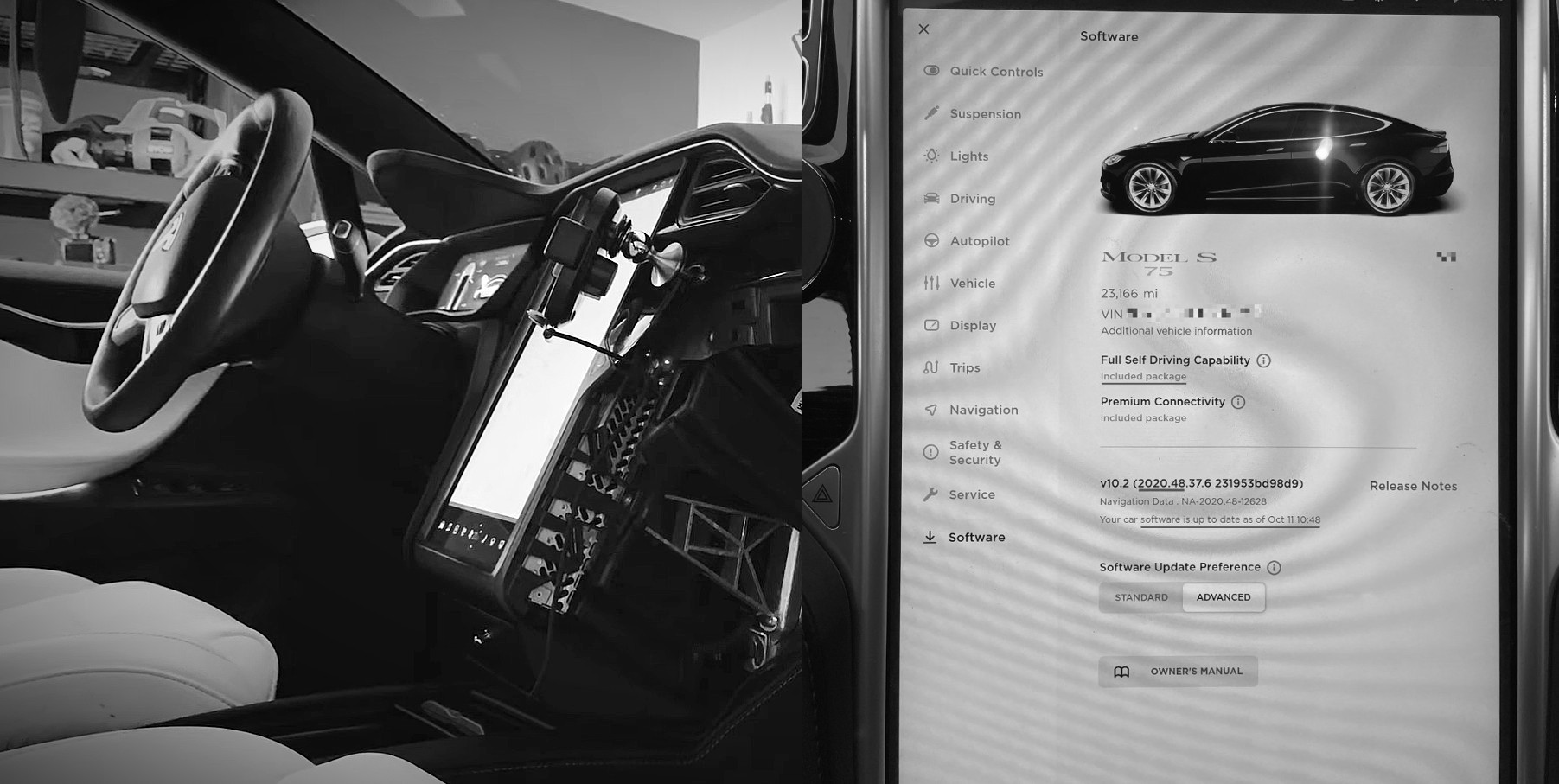 When Tesla started selling Full Self-Driving back in 2016, the company was in a far different place than where it is today. Back then, Tesla was not the most valuable carmaker by market cap, nor was it a tried and tested business that no longer needs credits to become profitable on a quarterly basis. Back then, believing in Tesla and its promises for innovative tech was not something that was done lightly.

Back then, it took a leap of faith.

And that was exactly what a number of Tesla Model S and Model X owners did. With Elon Musk and Tesla noting that every vehicle produced at the time had the necessary hardware to achieve autonomous driving, a good number of Model S and Model X owners decided to go all-in on the promise that achieving self-driving was just a matter of software. And if it turns out that it wasn’t, Tesla would ensure that early adopters would get the hardware necessary to make their vehicles on par with the company’s newer, more advanced cars.

This promise has not been granted by Tesla — at least not fully — and a good number of early FSD adopters, who were the first to put their faith in the company and its autonomous driving program, have now found themselves in a limbo of sorts. A limbo that now involves an aging vehicle, a fully paid Full Self-Driving suite, and what is starting to seem like a path to FSD that is blocked by the company’s old MCU1 unit, which happens to be linked to a recall of about 130,000 Model S and Model X earlier this year.

The Tesla Model S and Model X were still fitted with MCU1 units when the company started selling FSD. By this time, Tesla’s reputation as a producer of the best electric vehicles in the market was already established. It was then no surprise that when the company debuted its first FSD demo in 2016, numerous Model S and Model X owners were all too willing to support Tesla.

“I bought my Model S in 2017 based on their advertising claiming that it had the necessary hardware for self-driving. Tesla advertised that I would get true L5 autonomy. (The ad) also stated ‘The person in the driver’s seat is only there for legal reasons. He is not doing anything. The car is driving itself,’” a longtime Tesla owner told Teslarati in a statement. The Model S owner added that he initially purchased Enhanced Autopilot for $5,000, but he later bought FSD for an additional $5,000 last year when Elon Musk noted that he was confident that complete autonomy was on hand.

Tesla is a company built on rapid innovation. Over the years, Tesla has gained a reputation as a carmaker that rolls out improvements as soon as they are available. Unlike traditional automakers that typically wait a year before introducing minor updates to their vehicles, Tesla improves its electric cars through over-the-air software updates. But Tesla had also implemented hardware changes in the past, such as when the company started the rollout of its MCU2 units in March 2018. The company also updated its Autopilot computer from Hardware 2.0 to Hardware 2.5, and later, to Hardware 3.0.

Elon Musk, for his part, has assured FSD buyers that their vehicles would have the necessary hardware when Tesla achieves full autonomy. And to some degree, Musk has stayed true to his word. Owners of older vehicles that purchased FSD were provided a free upgrade to Hardware 3.0. Tesla, however, has introduced its MCU1 to MCU2 retrofit as a paid upgrade. Quite unsurprisingly, some early FSD adopters opted out of the optional infotainment system update. This has proven to be problematic.

As Tesla started rolling out more advanced features, vehicles equipped with MCU1 units started getting left out of key functions like Sentry Mode and Tesla Theater. Enhanced driving visualizations were also available only on vehicles that were fitted with MCU2 units. It was over this period that early FSD adopters found themselves steadily getting left behind. New features would be introduced, but they would be focused on MCU2 cars. Software updates were frequently rolled out to the fleet, but not for MCU1 vehicles. This was highlighted by a Tesla Model S 75 owner who purchased FSD, and who shared a photo with Teslarati showing that his vehicle is still running 2020 firmware despite the car stating that its software was up to date.

The Model S 75 owner’s experience is not unique. Over the course of this article’s research, Teslarati has received similar stories from early FSD adopters. A longtime electric vehicle advocate who purchased a Model S 100D with Enhanced Autopilot and Full Self-Driving described his current ownership experience as similar to having a device that is no longer supported.

“In the recent past, I have not even had 2021 firmware update as if my car is already unsupported before all the features promised are delivered. I was hoping to get FSD Beta, but that feature has not been demonstrated for my configuration by anyone, so far and no communication from Tesla on exactly when we can expect our car to participate in this to provide feedback,” the Model S 100D owner wrote.

While Tesla may be quite silent on whether its older MCU1 units are indeed the culprit behind the less-than-stellar ownership experience of FSD’s early adopters, those who have owned multiple Teslas over the years have all but confirmed that the aging component seems to be a key issue. One Tesla owner who shared his story with Teslarati noted that his 2017 Model S — which has FSD and whose infotainment system was upgraded to MCU2 — received the “Request FSD Beta” button just fine, but his 2017 Model X — which is still equipped with an MCU1 unit — did not receive anything at all despite having FSD.

“Now the beta button is finally coming. All the early adopters that paid for FSD were eager to get it. Most people had their computers upgraded by now to the FSD version and were told that is all they needed; it would work fine on MCU1. So the excitement for everyone grew, especially those that had waited the longest. After several delays, the button came. My Model S got the button right away, but it never came for the Model X with MCU1. There was no communication from Tesla at all. No email sent out in advance. All of those people found out through the disappointment of not getting it. Then searching through chat groups, (I discovered) that no one with MCU1 got it. Why can’t Tesla show some respect for these customers and at least communicate in advance?” the veteran Tesla owner told Teslarati.

One prevalent theme among the early FSD adopters who contacted Teslarati with their stories was the lack of communication on Tesla’s part. This is something that has been reported by longtime Tesla owners for some time now. And while it is understandable that Tesla is juggling a lot of balls in the air as it expands its business to other countries and other segments, having a responsive communications team, or at least investing some of its funds into the creation of one, would definitely not hurt.

Tesla owners, particularly early FSD adopters, are more than willing to be understanding of the company’s plight and challenges, after all. In this sense, Tesla would probably be better off behaving more like a company that truly cares for its customers and less like a traditional automaker that is just looking for the next sale.

Unfortunately, this is something that became a reality for Tesla FSD adopters who purchased vehicles just before March 2018, when the company transitioned its vehicles to MCU2 units. As per a Tesla Model S 75D owner, his order initially had a March 2018 delivery date, but he was encouraged by the company to take an early delivery instead. As a result, he has missed out on numerous features, and he is yet to enjoy some key FSD capabilities that the company has been rolling out as of late.

“I have a December 2017 Model S 75D. I had placed an order for it in mid-December with a delivery date of March 2018. Tesla reached out to me just before the end of the year with a vehicle that someone canceled their order on. If I had known that March 2018 vehicles and not December 2017 vehicles would have MCU2, I would have never accepted the other car. I feel like they misled me on my order.

“I told myself I was okay with it because my original order stated it would be fully capable of FSD. Unfortunately, as years passed, MCU2 vehicles had plenty of extra features, and figured I would eventually get my FSD capabilities anyways. Unfortunately, I am now seeing Model 3, Model Y, and Model S vehicles with orders placed years after me getting capabilities I should have received. Now they are getting FSD Beta, and I am left wondering if I will ever get it with MCU1. I do not wish to spend money on the MCU2 upgrade as they said my vehicle was already capable,” the Model S 75D owner wrote.

What Elon Musk is Pledging Now

Elon Musk has been made aware of the issue surrounding FSD’s early adopters, and most recently, the CEO noted that early production vehicles would require some camera upgrades to get full access to the FSD Beta. Musk noted that the new cameras, just like HW3.0, were included in Full Self-Driving’s price so retrofits are all but assured. Yet even in the CEO’s recent statements, a reference to the complications that are seemingly caused by the company’s aging MCU1 units was absent.

Years ago, these Tesla owners put their faith in Elon Musk and his vision to achieve Full Self-Driving. And they were given a word. This promise has been met to some degree, but not fully. Details such as the absence of MCU2 units are severely hobbling the experience of Tesla owners that quite literally helped fund the development of Tesla’s growth into a mass market manufacturer and a key player in the autonomous driving sphere. And until the company decides to do something for its early FSD adopters, Tesla would continue to have some of its most loyal customers be subjected to a substandard ownership experience.

Early Model S and Model X owners are a small fraction of Tesla’s fleet at this point. The number of owners who purchased FSD and are still stuck with MCU1 units is even smaller. The costs to upgrade these owners’ cars would undoubtedly be substantial, but they would likely be marginal for Tesla in the long run, especially with the way the company has been growing year-over-year. Perhaps Tesla could provide complimentary MCU2 retrofits to early FSD buyers when they get their cameras upgraded for free. By doing so, Elon Musk could prove that he is a man of his own word.

Musk himself said it, after all. He may be late, but he pulls through. Now it’s time to stand by these words. With the rollout of the FSD Beta, Full Self-Driving is closer than ever. Tesla just has to pull through for a group of owners who took that leap of faith when the company announced its intentions to develop a self-driving system.

The Tesla MCU1 conundrum: How early FSD adopters were left behind in limbo