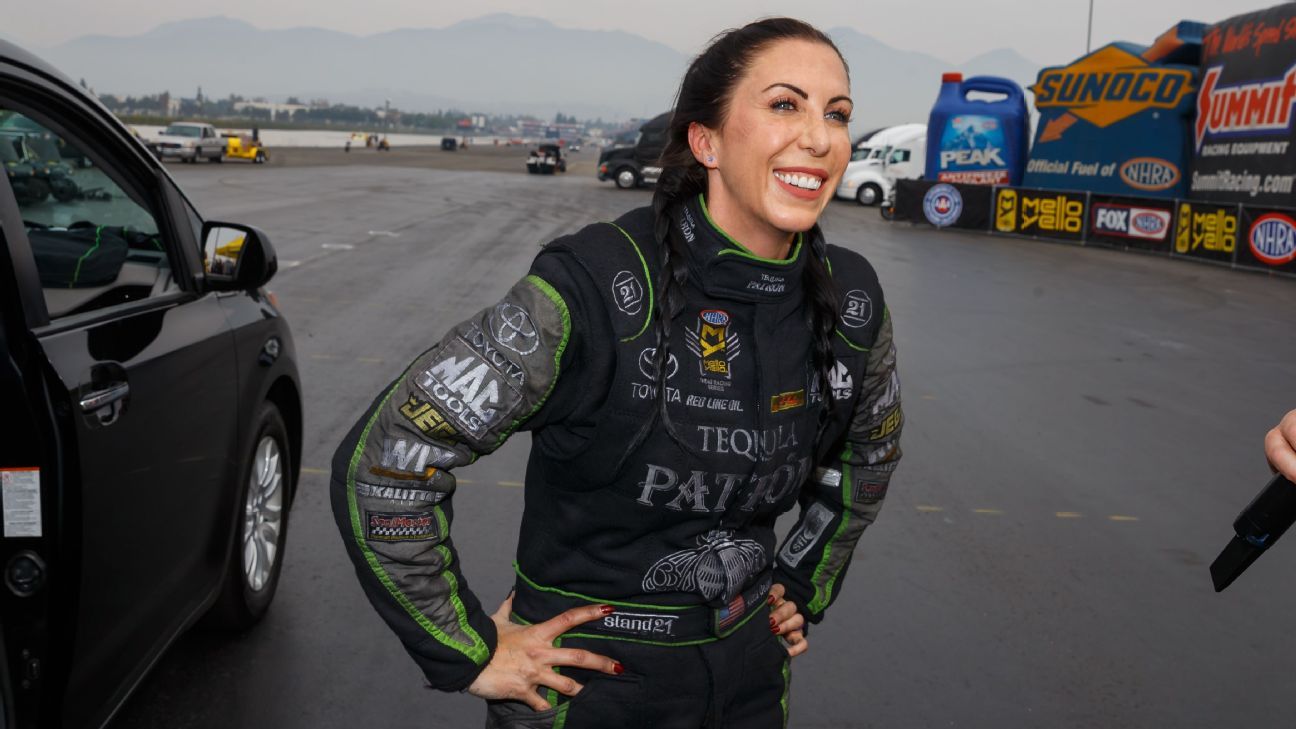 DeJoria took the No. 1 with her Friday pass of 3.896 seconds at 327.03 mph in a Toyota Camry. She’ll try for her second straight win Sunday.

“This is like a dream,” DeJoria said. “It’s everything we hoped for and it’s all coming together at the end of the season. The motivation that we had from this last race in Bristol, qualifying No. 1 and winning the race, just really catapulted us into the Vegas race.”

Brittany Force was No. 1 in Top Fuel, Greg Anderson topped the Pro Stock lineup and Matt Smith was the fastest in Pro Stock Motorcycle in the sixth of seven races in the Countdown to the Championship playoffs.