With cars getting bigger and featuring more and more equipment plus, increasingly, electrification, weight has inevitably increased. However, in the late ’80s, Warren Mosler was already unhappy with how much supercars weighed. Intent on remedying the situation, he made his own car: the Consulier GTP.

The American car was designed to take on the world’s best, such as the Lamborghini Countach and the Ferrari Testarossa. And to take on those Italian V12 thoroughbreds, the American chose a Chrysler 2.2-liter four-cylinder that made 175 hp (177 PS/130 kW), though later models came with a 190 hp (192/141 kW) version of the same engine. Hardly Ferrari or Lambo territory, right?

Well, that small engine, borrowed from the Dodge Omni GLH, was enough to give it a top speed of 155 mph (250 km/h) since the car only weighed 2,200 lbs (998 kg). The small engine wasn’t the only contributing factor to its lightness, though. The Consulier GTP has the distinction of being the very first carbon fiber and Kevlar-bodied car to ever go into production with no structural metal in the body. 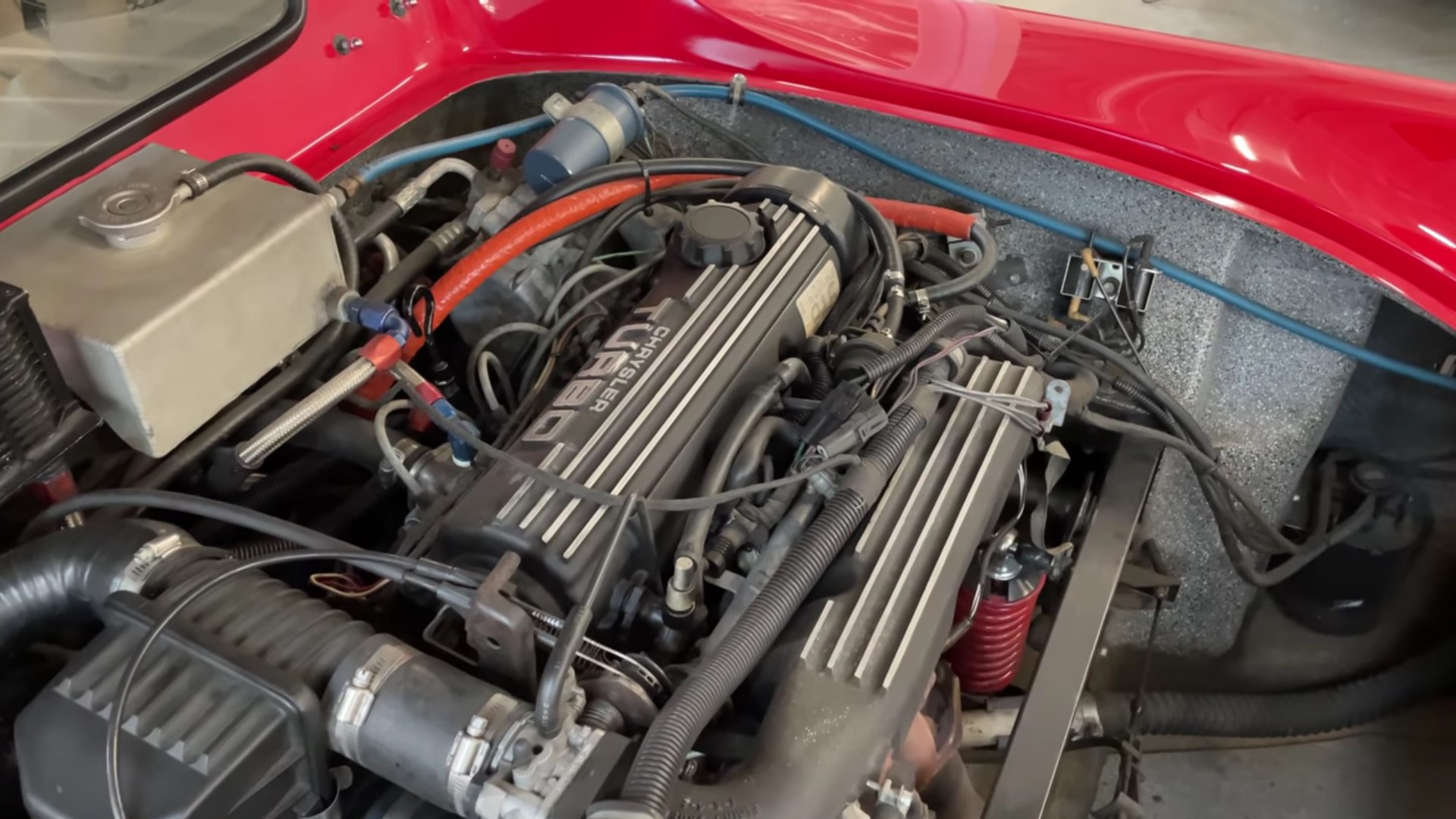 That engine, though small, doesn’t sound awful either. It has a menacing growl in this video from Doug DeMuro who reports that the Consulier GTP is actually very good to drive.

“I’m actually surprised at how quick it feels. It reminds me a lot of my old Lotus Elise,” says DeMuro. “It’s a car that is quick and it feels quick and it’s light and it feels like an eager, fun, fast-revving little chassis that always kind of wants to do what you want to push it to do.”

Ultimately, though, it was a failure. Just around 70 units were ever sold, which goes to show that, no matter how a car drives or performs, it also has to look good. And, unfortunately, the Consulier GTP had a shape only a mother could love.