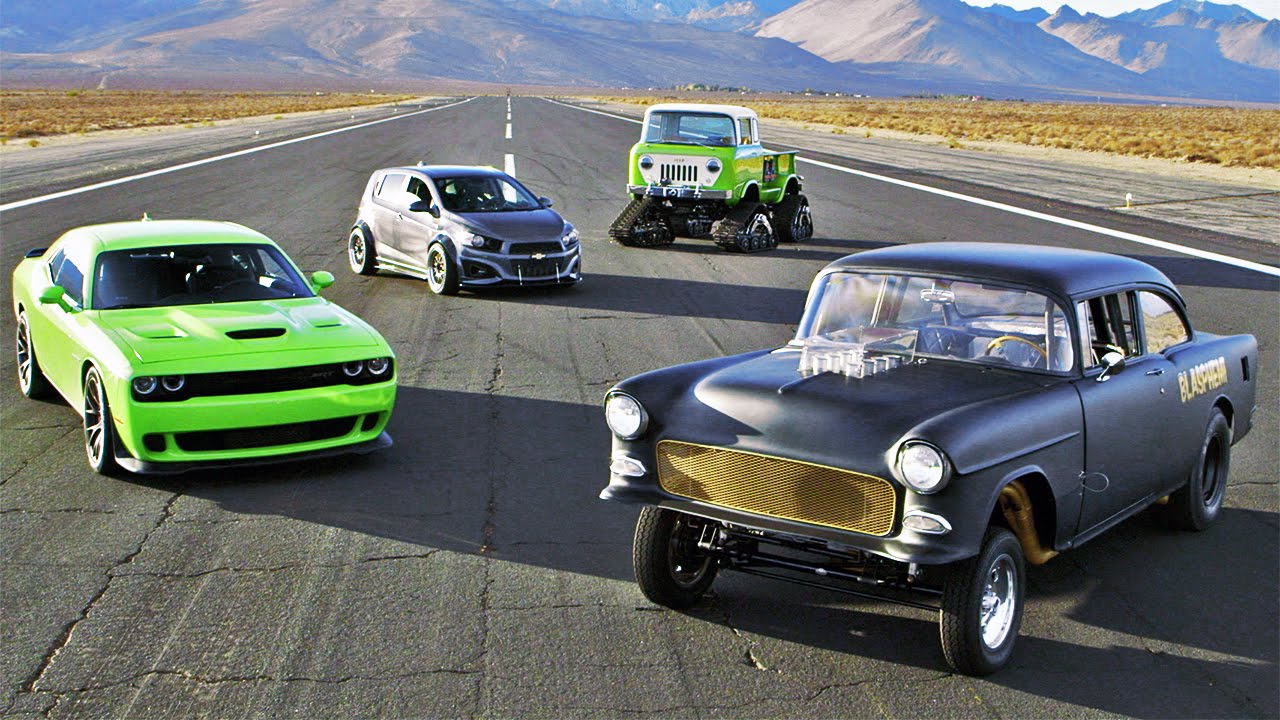 Videos
Share on Facebook
Share on Twitter
Share on Pinterest
Share on LinkedIn
We’ve reached the final day of 2014 SEMA Week brought to you by 76, and only we would dare to bring this ridiculous mix of vehicles together for a grudge race on an unprepped airport runway. Fred Williams, Jessi Lang, Mike Sabounchi and Mike Finnegan begged and bribed SEMA Show exhibitors to loan them vehicles for a ¼ mile drag race and, though Finnegan and Sabounchi failed, the group still managed to acquire a Jeep riding on tank treads, a fresh-off-the-floor 2015 Dodge Challenger Hellcat, the infamous Hemi-powered ’55 Chevy Bel Air from Roadkill, and a turbocharged 2013 Chevy Sonic to do battle.

The racers are as different as the cars. Finnegan lives in the world of hot rods, Lang regularly pilots the best the OEM carmakers have to offer, Williams spends all of his time in the dirt, and Sabounchi hops up every compact car on the planet. Who will come out on top? Watch and find out!

Catch the full week of 2014 SEMA programming December 1st through December 5th with a new video premiering each day!

Subscribe now to make sure you’re in on all the action!
http://www.youtube.com/subscription_center?add_user=motortrend