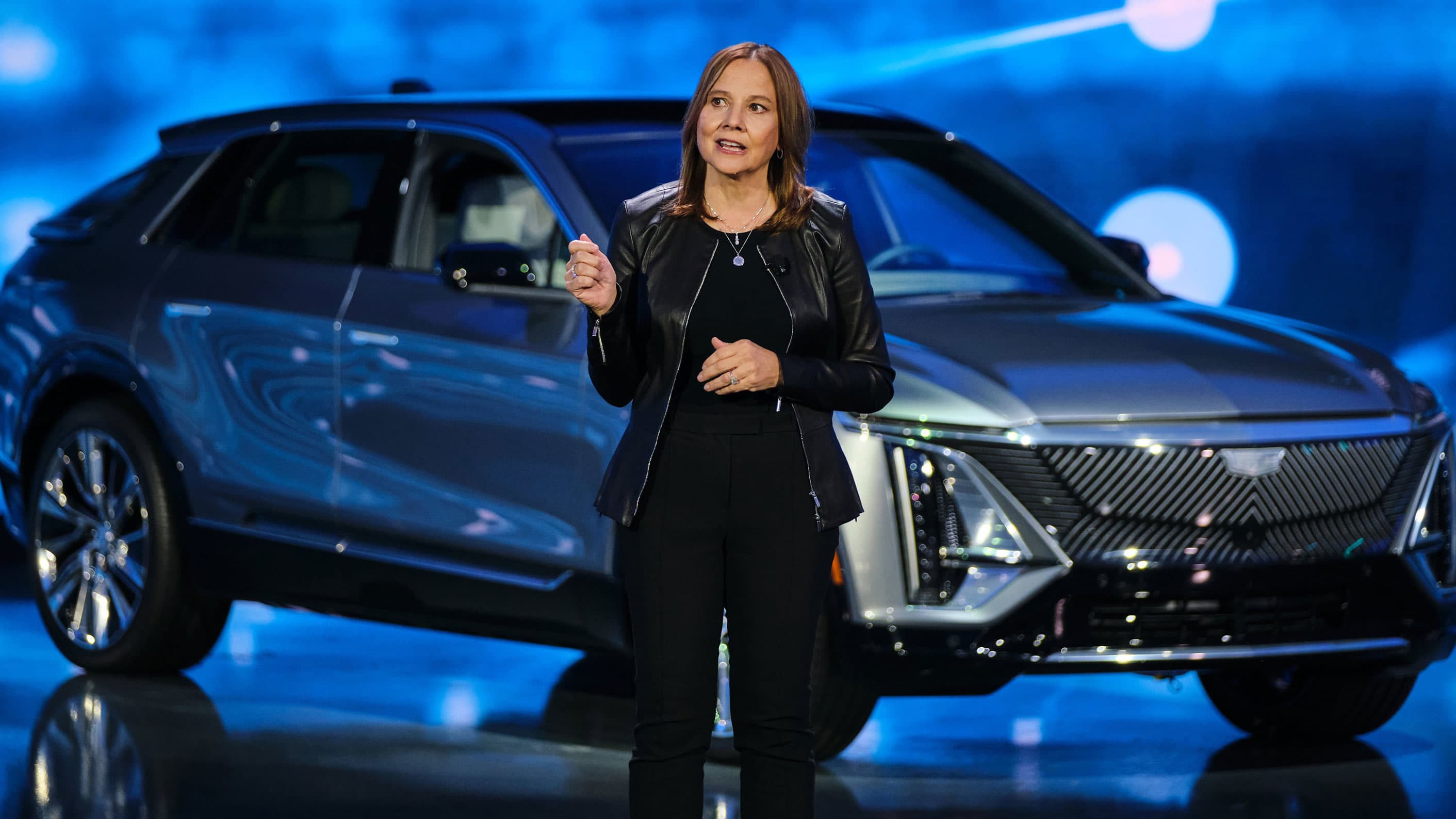 Barra said an influx of new products, including the soon-to-be-released GMC Hummer pickup and Cadillac Lyriq as well as an upcoming Chevrolet crossover, will help the company beat Tesla. The vehicles are part of GM’s plan to release at least 30 EVs by 2025.

“I am very comfortable because when people get into these vehicles, they are just wowed,” Barra said during CNBC’s “Squawk Box.” “So we will be rolling them out and we’re going to just keep working until we have number one market share in EVs.”

Barra’s comments come weeks after the automaker said it planned to be the leader in EV sales in the U.S., but the company did not release a timeframe to do so.

After years of dominating sales of EVs in the U.S., Tesla’s market share is waning. IHS Markit expects Tesla’s domestic market share of electric vehicles to drop from 79% last year to 56% in 2021. IHS expects Tesla’s share to continue to lower to 20% in 2025, as larger automakers such as GM release an influx of new vehicles.

GM previously projected its EV revenue to grow from about $10 billion in 2023 to approximately $90 billion annually by 2030 as the company launches new models.

Toyota CEO and President Akio Toyoda to step down
First Generation MX5 in Mint Condition! | Car Issues with Tyler Hoover
Florida Crash With Tesla Was So Violent, An Engine Wound Up 50 Yards From The Wreck
Honda Accord And Jeep Grand Cherokee Road Rage Causes Mayhem On George Washington Bridge
Car buyers like ordering but more unsatisfied with overall buying experience