The first generation of the BMW 8-Series might be more than three decades old but it remains a beautiful piece of automotive design. An owner from Germany however didn’t seem to agree, taking the matter into his own hands by converting the luxury coupe to a unique custom vehicle with questionable styling.

Unlike other conversions that transformed the 8-Series into a soft-top convertible or made it look like an M8 with the addition of a wide bodykit, this one has really altered the looks of the car making it unidentifiable. 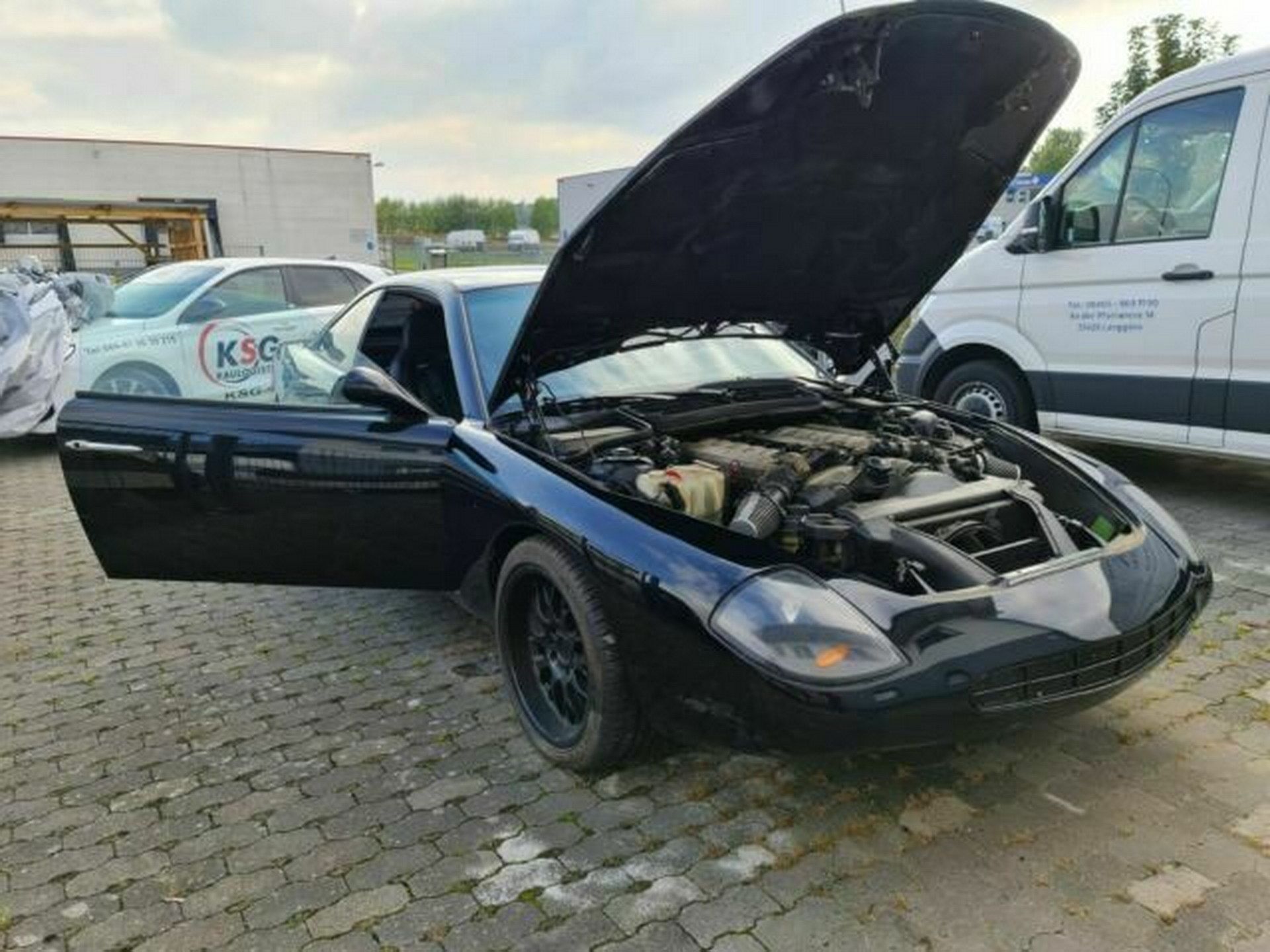 The front end has been completely redesigned, gaining a fish-like appearance. A pair of Fiat Barchetta headlights have replaced the pop-up units, the bonnet has been cut off in the edges, while a weird-shaped grille takes the place of the beautiful slim kidneys of the original.

Both the front and the rear bumpers are significantly shorter than the original units making the car look like a boat. The greenhouse and the roofline are the only parts left to prove that this once was an 8-Series – even the door handles have been replaced for a retro look. 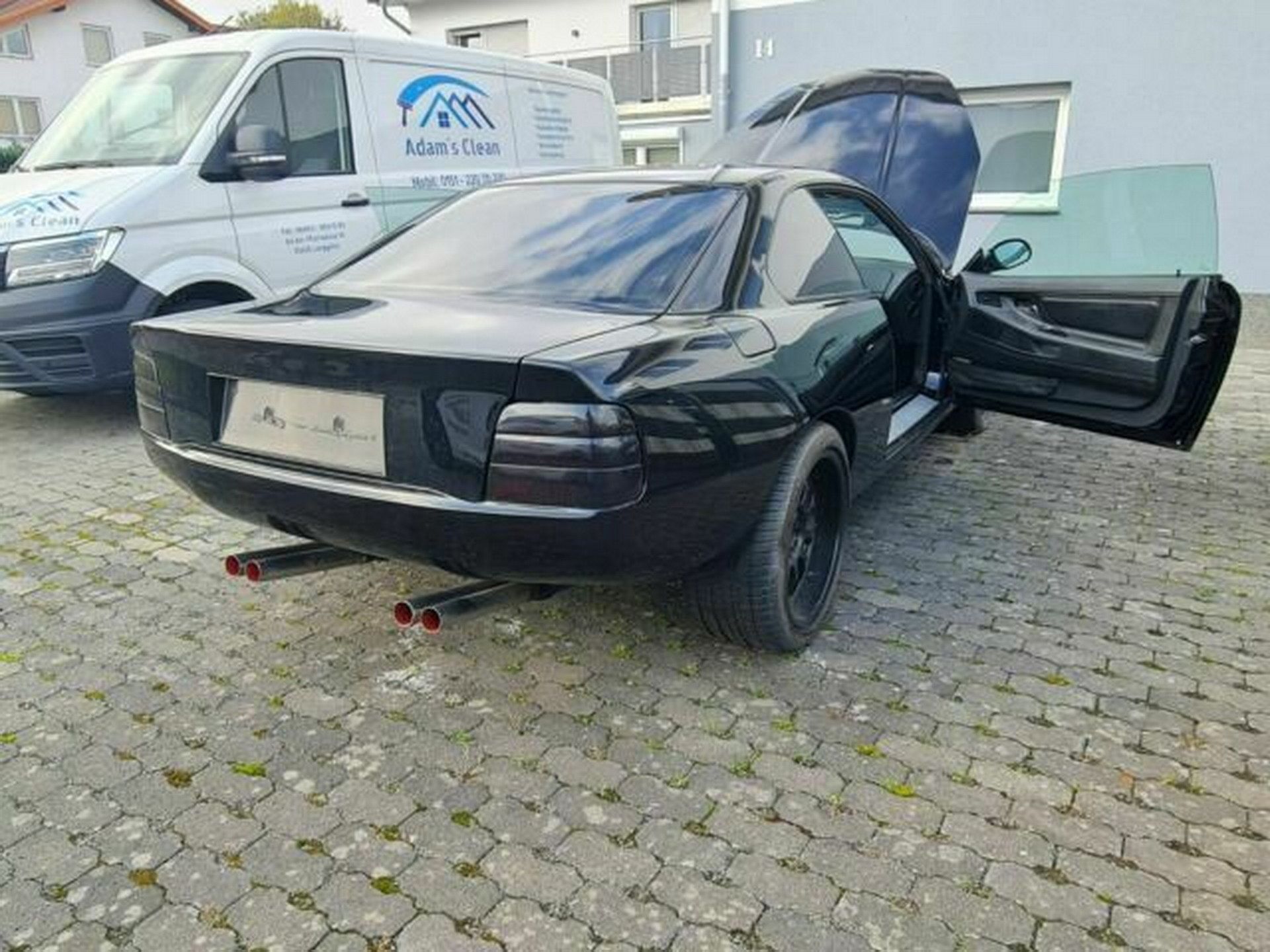 At the rear, the taillights come from an E36 3-Series Compact and have been tinted to the point that we doubt they’ll get TUV approval. Finally, a set of aftermarket wheels painted in black and four exhaust pipes with red-painted interior sticking out of the rear complete this unworldly vehicle.

Inside, the seats have been replaced with a new pair of leather-wrapped buckets, there is a new Momo flat-bottom steering wheel, while the rear seats have been removed in favor of the aftermarket sound system which comes with Bluetooth and USB connectivity. Equipment includes ABS, traction control, electric windows, electric seat adjustment, and an alarm system. 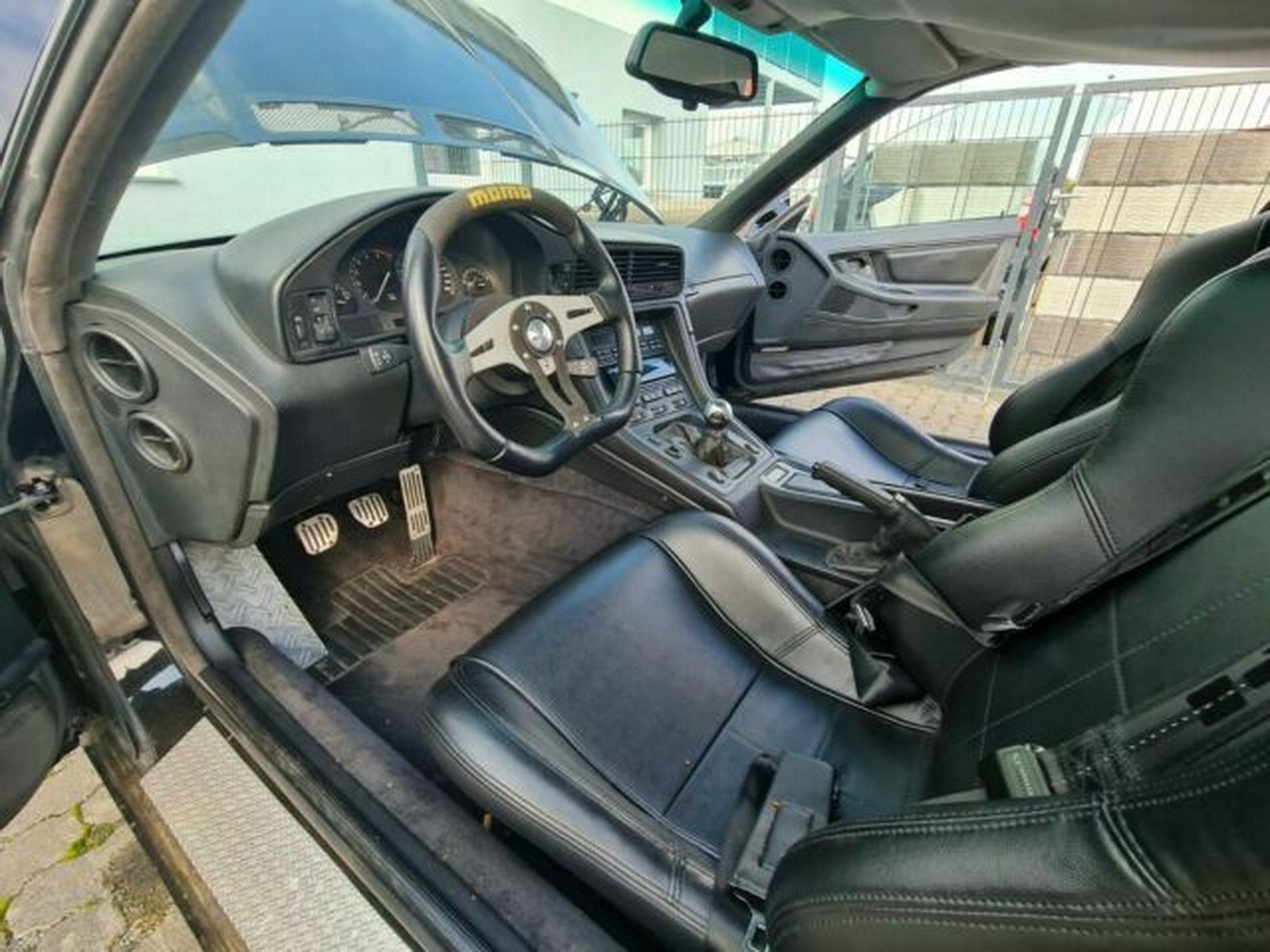 Mechanically there are no changes and the car allegedly “starts and drives without any problems” although we all know living with an 8-Series can be an expensive sport. The owner has upgraded the suspension with sports springs which should make it more nimble around the corners, albeit at the expense of ride quality.

The conversion was undertaken by the car’s first owner who allegedly was a BMW lover. Looking back to our archives, we discovered the first online sighting of the vehicle back in 2013 when it was listed for €3,850 ($4,483 at today’s exchange rates) labeled as unfinished. Today, the second owner decided to sell the finished car for €12,999 ($15,129), which is significantly higher although negotiable.