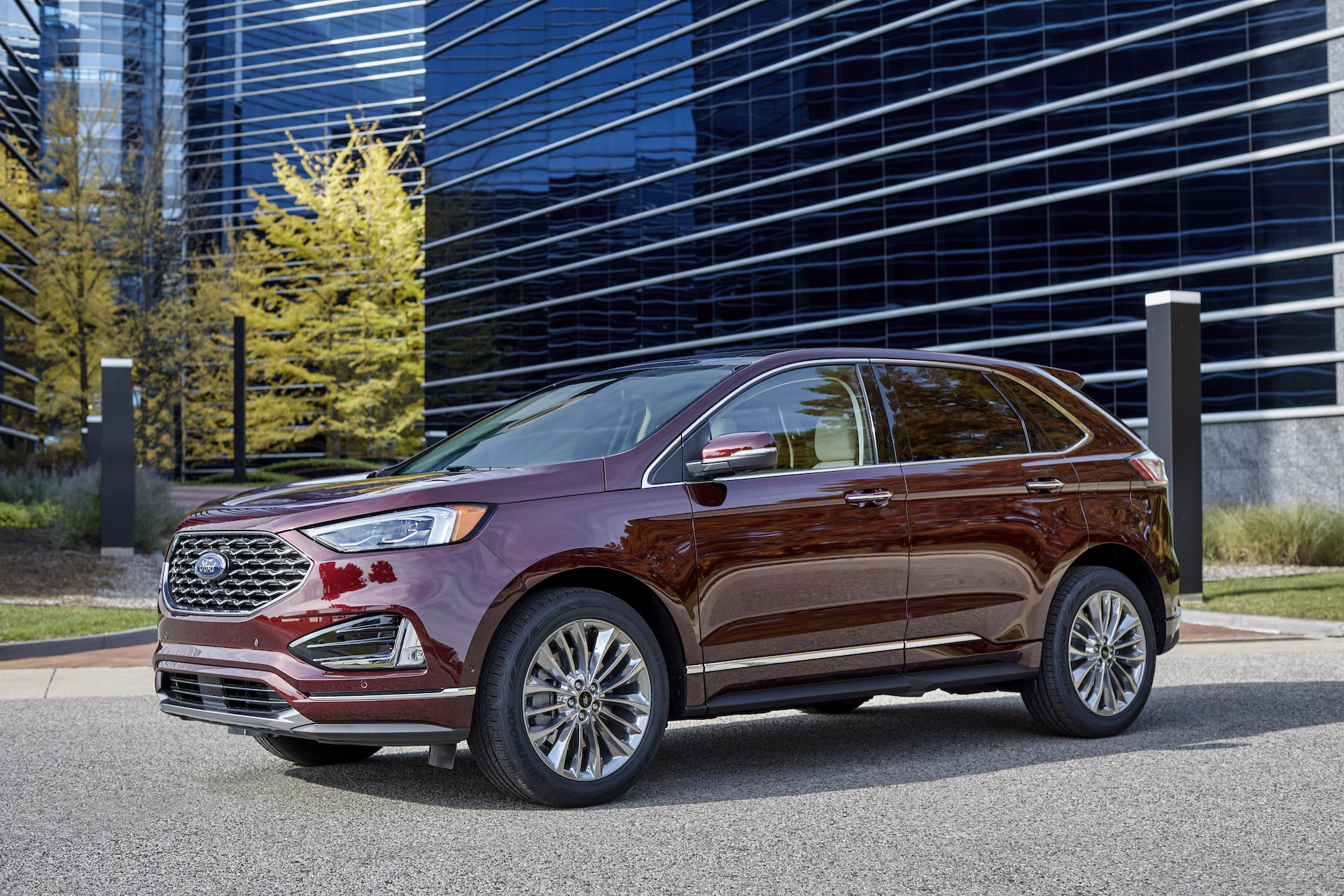 What kind of car is the 2022 Ford Edge? What does it compare to?

With the 2022 Edge, Ford fields a five-seat crossover SUV with on-road driving set to the foreground, and SUV-style off-roading put in cold storage. It’s more like a Chevy Blazer in that regard than a Jeep Grand Cherokee or even a Honda Passport, but they’re all fighting for the same attention span.

The Edge scores very well in safety and does well in features and utility on its way to a TCC Rating of 6.7 out of 10. (Read more about how we rate cars.)

Just a couple of appearance packages; all-wheel drive and a 12.0-inch touchscreen have been made standard, too.

The Edge’s shape goes back to the mid-2010s, and it’s still handsome; it’s just grown awfully familiar, with plain lines and discreet details that get overpowered by showy rivals. The spare silhouette still comes off better than the plain interior, where a big touchscreen does most of the heavy lifting, in terms of style. (If technology is style, that is.)

Base Edge crossovers tap a 250-hp turbo-4 for power, and send it to all four wheels through an 8-speed automatic. This Edge isn’t as quick as it is composed; acceleration’s fine, but ride quality’s better, so long as drivers steer clear of the biggest wheel-and-tire options. Predictable handling and acceptable speed get broomed on the Edge ST, which dials up 335 hp from a turbo V-6 and puts the screws to its independent suspension. It’s swifter, more capable, and more tense as it tracks down the highway or bobs through mountain passes, an answer in search of a question.

The Edge seats five in sheer capacity, but its seats could stand more strategic stuffing. They’re thin and less comfortable than those in competitors, despite being surrounded by lots of head and leg room. Cargo space shines, at 39.2 cubic feet behind the rear seat, but trim quality in the borderline spartan cabin is just average.

The $36,150 Edge SE puts value at a premium with its standard all-wheel drive and 12.0-inch touchscreen with Apple CarPlay and Android Auto. Take the $38,590 Edge SEL to get heated power front seats, synthetic leather upholstery, and LED headlights; the $45,005 Edge ST may be too much, in a few different ways.