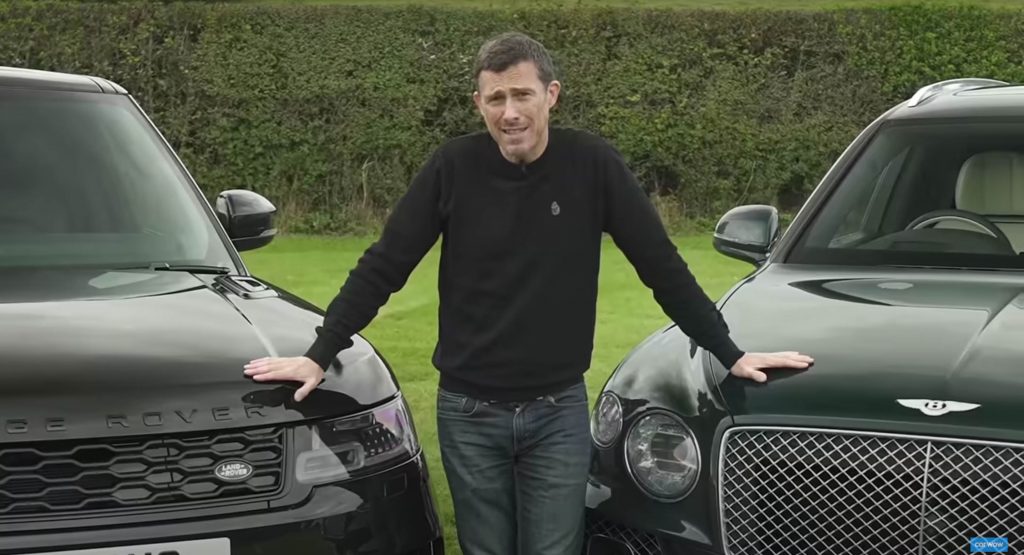 When it comes to luxury SUVs, there’s a case to be made that the British have some compelling options on the market. While Land Rover has conquered the luxury SUV market with its Range Rover offerings for the longest time, the class has become a bit of free-for-all of late. So, Mat Watson from Carwow lines up the Range Rover Sport against the majestic Bentley Bentayga to compare the two luxury plug-in hybrid SUVs.

The Bentayga Plug-In Hybrid is offered with a 3.0-liter turbocharged V6 engine coupled to an electric motor that combine to produce 449hp. In comparison, The Range Rover Sport PHEV makes use of a hybrid-assisted 2.0-liter four-cylinder producing 404hp. While the gap seems large, both vehicles can do the 0-60 mph (0-96 km/h) just over the 5-second mark, which means there’s no serious performance gap as you’d expect.

In town, which is where these vehicles will likely spend a majority of their life, both SUVs are, as you would have imagined, exceptional. One thing Watson did notice is that the Range Rover Sport lags when transitioning from electric to internal combustion when you put your foot down, which could ever so slightly affect your confidence when overtaking. The Bentayga, on the other hand, is more refined. Its suspension system handles potholes better, and power delivery is instant.

When comparing both vehicles based on exterior design, the competition seems neck and neck. The Range Rover has more of a clean look from upfront, while the Bentayga screams in-yer-face luxury. When it comes to the side profile of each, Watson gave the edge to the Bentayga, with its chrome accents, wide body, and bigger wheels (although only by an inch). In the rear, his ‘stick of truth’ exposes a few fake parts on the Sport, such as the exaggerated exhaust and faux diffuser, giving the Bentley the edge once more.

However, it’s the interior where the Bentayga really feels that much more premium than the Range Rover. The Bentayga in this test does have the Mulliner pack that comes at the cost of an extra £10,000 ($13,750) and everything is as beautiful as you’d imagine a Bentley would be. The Range Rover’s interior isn’t shabby in any way at all, but it simply isn’t a match for the best from Crewe. The rear passenger space isn’t as great in the Range Rover Sport as it is in the Bentley either, especially if you plan to fit a child’s seat.

But is all this enough to justify that huge price difference between the two? While the Bentley Bentayga is better than the Range Rover Sport in almost every category, on balance, and at nearly twice the price, Watson thinks it’s not.

Herta wants to run Wickens in 2024 Indy 500
Carmakers face a crossroads as they work to fit auto dealers into their EV plans
Audi’s new EV is a luxury SUV with augmented reality that doubles as a pickup
GM’s defense arm, American Rheinmetall win U.S. army contract for trucks
Car buyers like ordering but more unsatisfied with overall buying experience