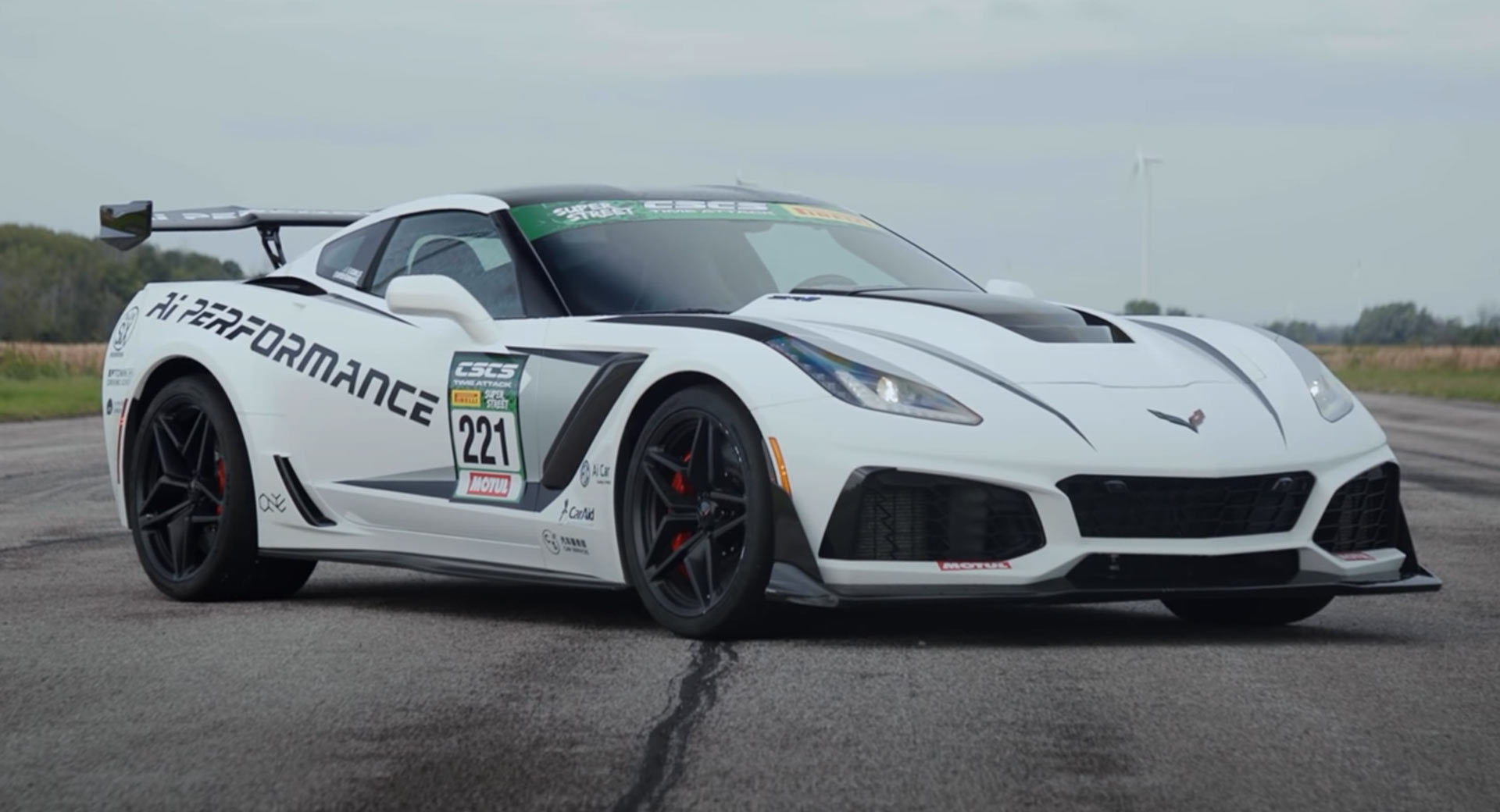 While production of the C7 Corvette ZR1 ended quite some time ago, it remains the most powerful ‘Vette ever built and is the subject of this review from Throttle House.

As the reviewers note, prices of C7 ZR1 models have been soaring in Canada, so much so that buying a used one will set back locals about CA$250,000 (~US$198,700), roughly CA$100,000 (~US$80,000) more than when the car was new. That is an extraordinary amount of money, particularly when you consider that the C8 Corvette Z06 is just around the corner and, although it won’t be as powerful, it will be significantly cheaper and, if the reports are true, quite exciting.

With that being said, the C7 ZR1 does still have a lot going for it. For example, its insane 6.2-liter supercharged V8 pumps out 755 hp at 6,300 rpm and 715 lb-ft (969 Nm) of torque at 4,400 rpm. The example tested had the available eight-speed automatic transmission driving the rear wheels.

Read Also: Corvette Lineup Set To Expand With Five Variants Including A 1000+ HP Zora And An EV

The reviewers are hugely complimentary of how the ZR1 drives. For example, they mention that the steering is very well weighted and doesn’t have the kind of numb feeling that you get from the standard Corvette. The extraordinary amounts of power and torque also mean you can have heaps of fun with the car the moment you step on the accelerator.

The car was also driven around the short racetrack the YouTubers test various vehicles on. It managed to set a best lap time of 1:08.59, making it the fourth fastest car tested by Throttle House, only behind the BAC Mono, Dodge Viper ACR, and Porsche 992 911 GT3. Its time makes it almost three seconds quicker than the standard C8 Corvette Stingray.

Of course, there is a new ZR1 in the works and it promises to be even more exceptional. In fact, reports suggest that it will feature a twin-turbocharged version of the Z06’s new 5.5-liter V8 and be good for upwards of 850 hp.

Renault slashes Nissan stake as the automakers overhaul their decades-long alliance
Last State Not To Require Seatbelts Attempts To Draw Line At Pets On Laps, Faces Pushback
Toyota CEO and President Akio Toyoda to step down
Tesla Cybertruck to enter limited production this Summer
Behind the Scenes of 2013 SUV of the Year – Wide Open Throttle Episode 36