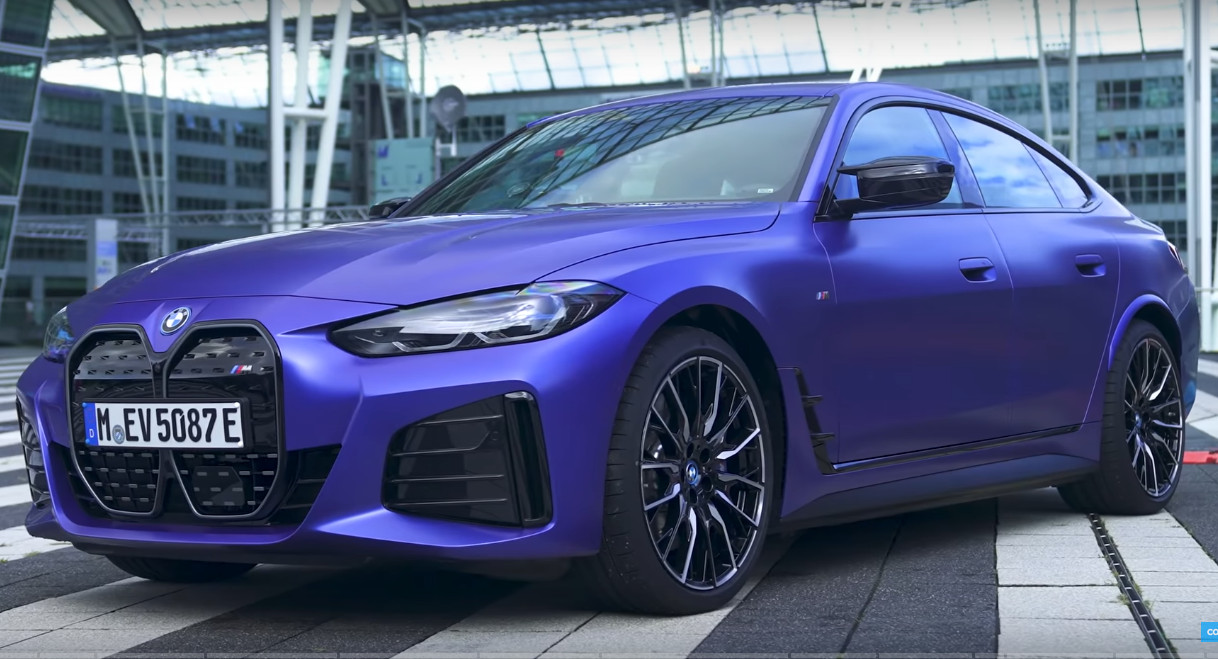 BMW has made a few bold moves within the last couple of years, with the M department rolling out their new line of cars that, front grilles notwithstanding, are a still brilliant driver’s cars. But the constant pressure to eventually rule out the combustion engine as we know it is ever present, which means that exciting M cars are writing their final chapter. Or are they?

At a glance, one might not even be able to tell it apart from BMW’s regular 4-series Gran Coupe, but the i4 M50 is significant in every way as it is the very first EV ever to wear an M badge. Okay, maybe it isn’t a fully blown M, but we all know well enough now to never underestimate the power of an EV, especially if it has an M badge stuck on to it. In a recent video, Matt Watson from CarWow gets his hands on an i4 M50 to put it through its courses.

Also: What’s Up With The BMW i4 M50 Safety Car’s Rear Wheel To Well Gap?

When it comes to EVs, the elephant in the room is range. To start off, BMW claims that the i4 M50 has a range of 500 km (310 miles) if you’re nice to the throttle. Matt’s car indicated only 377 km (234 miles) at 99 percent battery charge, but he (and us) would like to assume that this is due to journalists thrashing it around for some good footage. Now, the 0-60 mph (0-96 km/h) time for the i4 M50 with Watson behind was the exactly the same as what he achieved with the M3, clocking in at 3.6 seconds. However, unlike its good old fashion petrol-fueled cousin, BMW has claimed that the i4 M50’s peak performance level will not be achievable once you go below 90 percent battery capacity. In fact, the M50 will keep getting slower as its charge level decreases in order to maximize its range.

The i4 M50 has an impressive power output of 544 hp and 795 Nm of torque. It features an 80kwh battery that will take you 13 hours to charge off the wall plug at home, but a DC 50kw charger will take you from 10 to 80 percent in a little over an hour and a 150kw charger will do the same in less than half the time.

In terms of exterior design, the i4 M50 isn’t all that different from the ICE-powered models, apart from the kidney grille being solid as engine cooling is no longer a requirement. The base package gives you a set of 17-inch alloys, but you could also opt for a 20-inch set to hide your M-branded brake calipers. The rest of the body has subtle sporty features like a boot lip spoiler and diffuser, along with a couple of M badges, to remind you that you aren’t in a regular EV.

The interior is pretty much the same as the regular 4-Series, although Watson says that everything feels a little plusher overall. You’ll also see subtle blue trim inside the cabin to remind you that this is an EV, but the most noticeable change is the massive curved screen that is reportedly a treat to use. Seating space for rear passengers is nothing special, although boot space is admirable.

To find out the rest about BMW’s first-ever M car, you can watch the review in the video above.