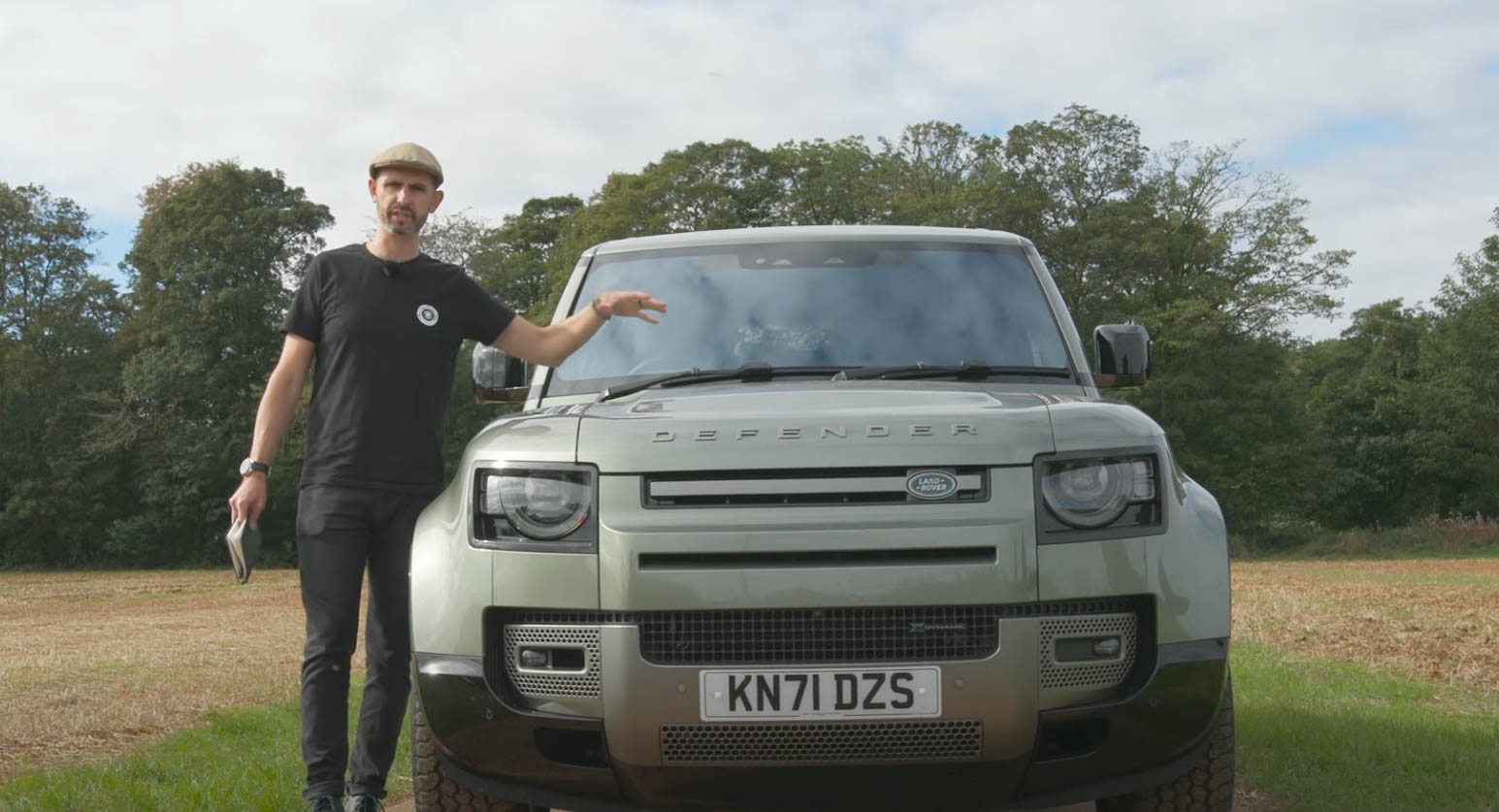 If you’re a car enthusiast, off-road aficionado, or have any knowledge of British motoring, you probably have a good idea of how significant the new generation Defender is.

The most powerful variant is the P525 with its massive 518 hp supercharged V8, while the more subtle P400e 2.0 plug-in hybrid makes do with 398 hp. On paper, the two seem poles apart, but which makes more sense as a real-life purchase? In a recent video by the Late Brake Show, Jonny Smith reviews both trims to find out which one you should consider buying.

Driven: Land Rover’s New Defender Might Be The Ultimate SUV

Starting off with the PHEV, there are a few things to keep in mind right off the bat. The electric-only range in the P400e is not much more than 20 miles (32 km). Another potential deal-breaker is the fact that the P400e does not come in the three-door Defender 90 bodystyle. With that out of the way, let’s focus on the good. The P400e will set off in hybrid mode but allows you to ‘save’ your battery by using only the combustion engine, and then go EV when you really need it. When you do actually go into EV mode (ideal for busy towns and a quick run to the grocery store) the P400e performs like any other EV: quietly and efficiently.

In terms of the exterior, there really is no difference between the two other than the subtle P400e badging and a plug-in hybrid port that allows rapid charging.

It’s a given that anything with a Defender badge on it regardless of its powertrain will have to have exceptional off-road capabilities. When you think off-road, there’s a tradition of picturing big, powerful, and torquey engines and not hybrids, but the P400e uses its electric energy perfectly. Despite being the more city-oriented Defender, the P400e still has every off-road option that you would see in a regular model, with the addition of being able to provide a low-range EV-only distance of 20 miles (32 km), giving a modern twist to the traditional art of off-roading.

So, how different is it to drive the not so environmentally friendly P525 V8? Being the fastest, most powerful Defender ever made, it is without a doubt that its 518 hp and 150 mph (240 km/h) top speed is guaranteed excitement. In short wheelbase Defender 90 form, Johnny Smith claims there’s no difference in the interior from the P400e apart from a set of metal padlle shifters to help encourage the 5.0 supercharged engine to do its thing. The P525 starts at £100,000 ($137,000) making it the flagship model in the range, so surely there must be some extras apart from the V8 engine to make you feel like you’re getting your money’s worth. From the outside, the P525 comes with a set of 22-inch wheels with Continental Cross Contact tires as standard, huge disc brakes with Brembo calipers, and quad exhausts that are tucked away neatly to allow for better approach and departure angles.

Read: Land Rover’s Defender 90 Is A Great Blend Of Refinement And Off-Road Capability

The interior is almost exactly the same as the P400e. You’ll get illuminated treadplates marked ‘V8’ and a few subtle differences like an Alcantara wrapped steering wheel, nicer buttons in comparison to the PHEV, and a few more optional extras but other than that, the interior is almost identical, and Smith recons Land Rover should have done a bit more given the bump in price.

In the end, Smith reckons that the P525 V8 is a vehicle meant for Defender purists and collectors that like impressive numbers and whiney superchargers, but for the average Defender buyer who is probably going to spend most of their time in the city, the P400e makes so much more sense, especially given that it comes in at nearly £35,000 ($48,000) less than the V8. 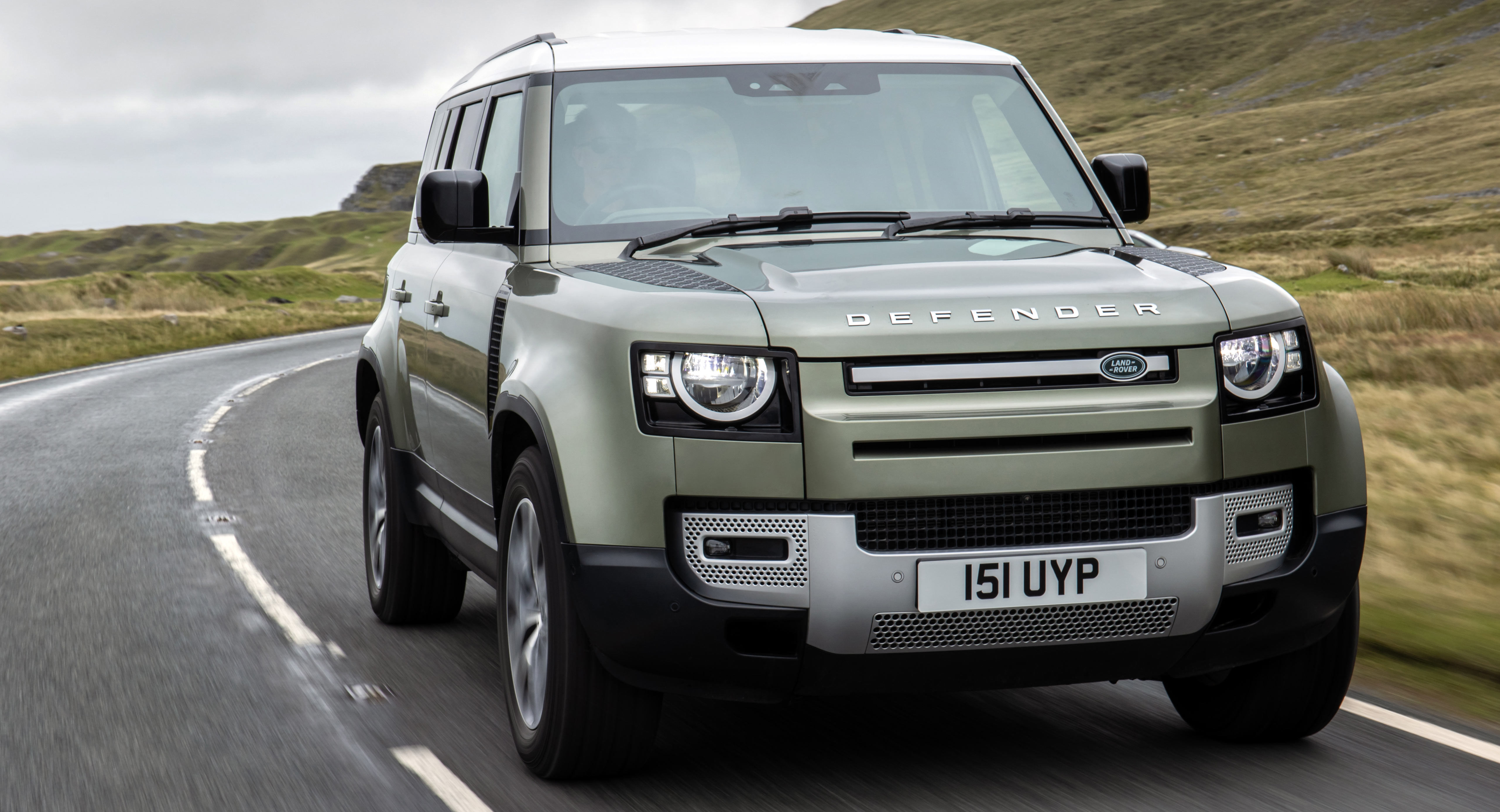 Watch Firefighters Rescue Driver Moments Before His Jeep Is Crushed By Train
Quick Charge Podcast: January 28, 2023
Why the $7,500 EV tax credit may be tougher to get starting in March
Last State Not To Require Seatbelts Attempts To Draw Line At Pets On Laps, Faces Pushback
Dacia Has A Low-Tech Alternative To BMW’s Heated Seat Subscriptions