To celebrate the launch of Marvel’s “Eternals,” Lexus has collaborated with the studio to make 10 character-themed concept vehicles based on the 10 superheroes in the film.

“We’re excited to bring the ‘Eternals’ partnership to life through these custom-wrapped Lexus vehicles,” said Vinay Shahani, Lexus vice president of marketing. “Just as each Eternals character has a distinct style and set of capabilities, so does each character-themed Lexus.”

Each vehicle is custom-wrapped with iconography to match its superhero’s armor design and superpower. All 10, though, feature the same golden glow that emanates from the grille and the underbody, reflecting the characters’ shared energy signature, which is a reference to the film.

These are the design highlights, per Lexus: 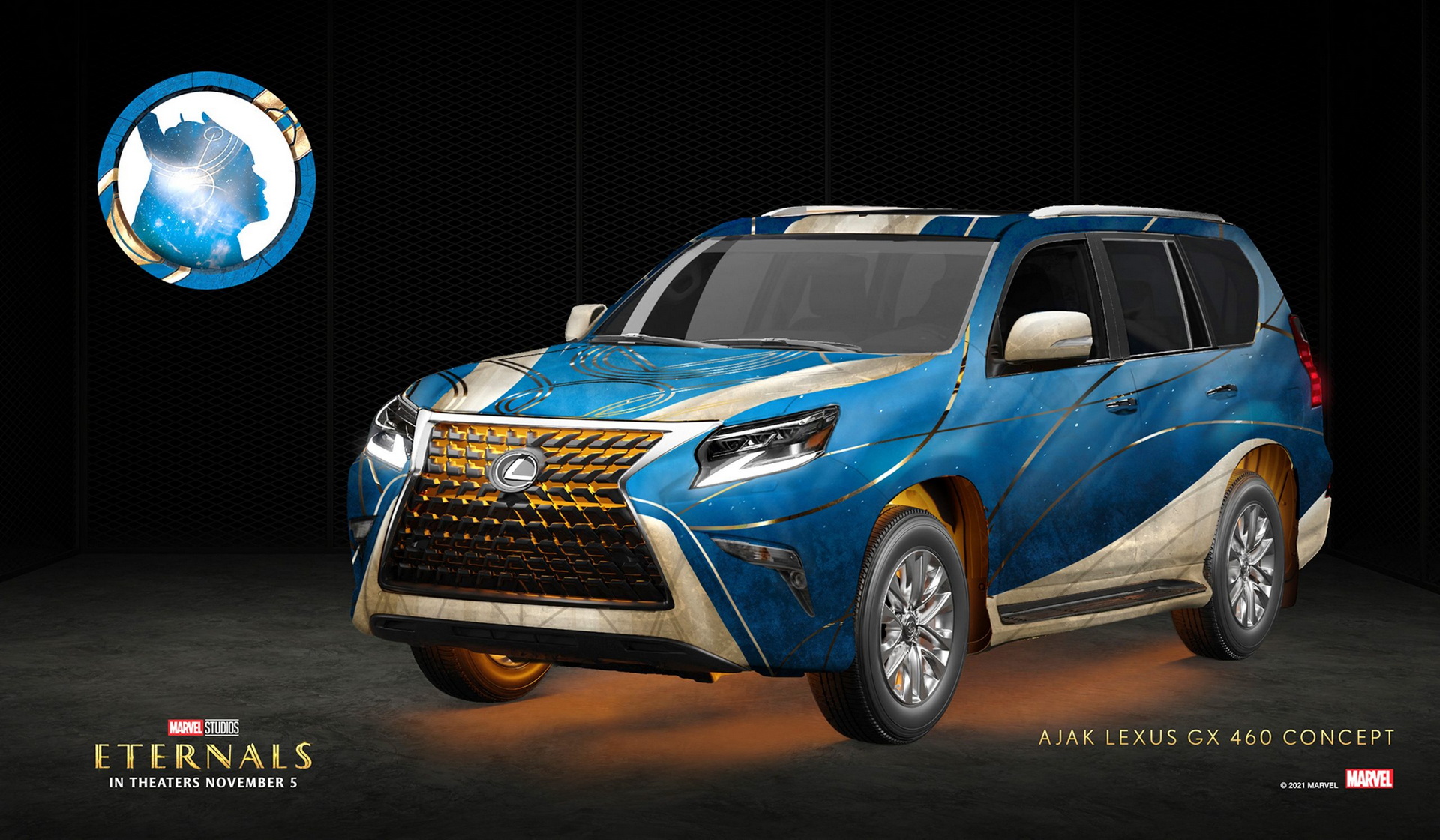 Ajak x Lexus GX: Ajak, played by Salma Hayek, is a powerful, commanding woman. She is paired with one of the most capable SUVs in the land, the GX. 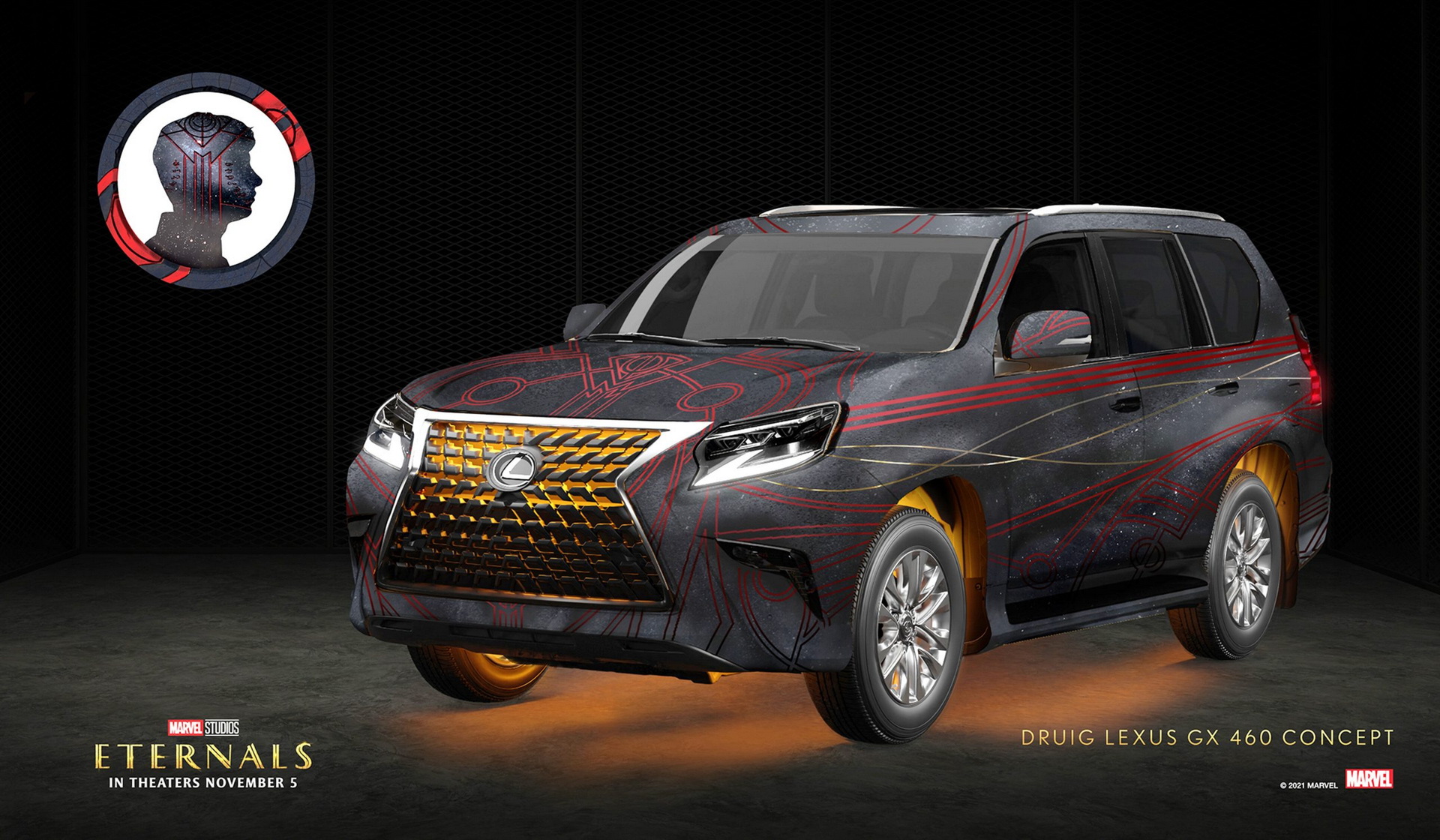 Druig x Lexus GX: Druig, played by Barry Keoghan, is a bit of a rebel in the movie, with super strength and stamina, making the GX a fitting reflection of his character. 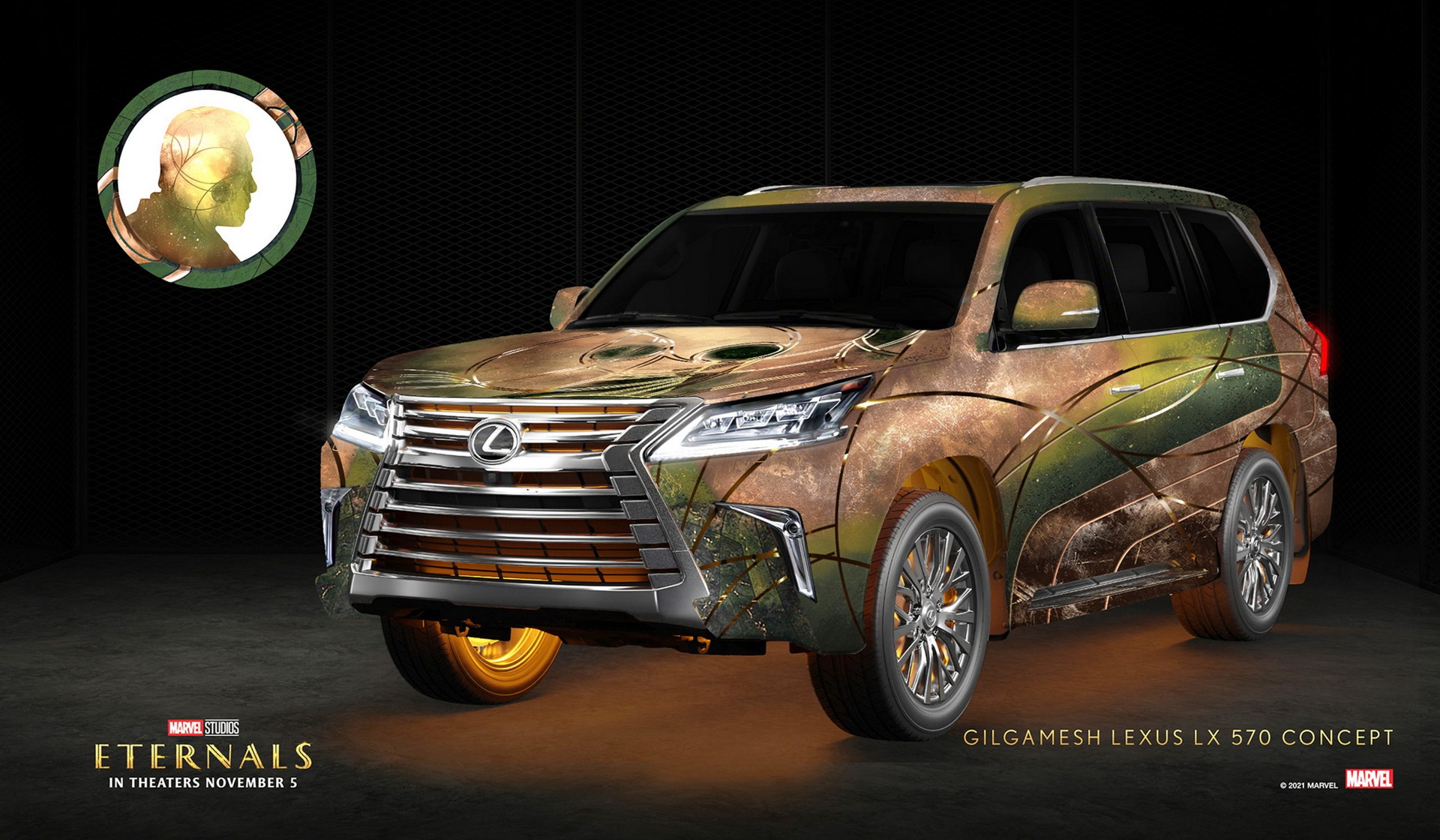 Gilgamesh x Lexus LX: As the strongest Eternal, Gilgamesh, played by Don Lee, is a kindred spirit to the biggest, most powerful Lexus SUV, the LX. 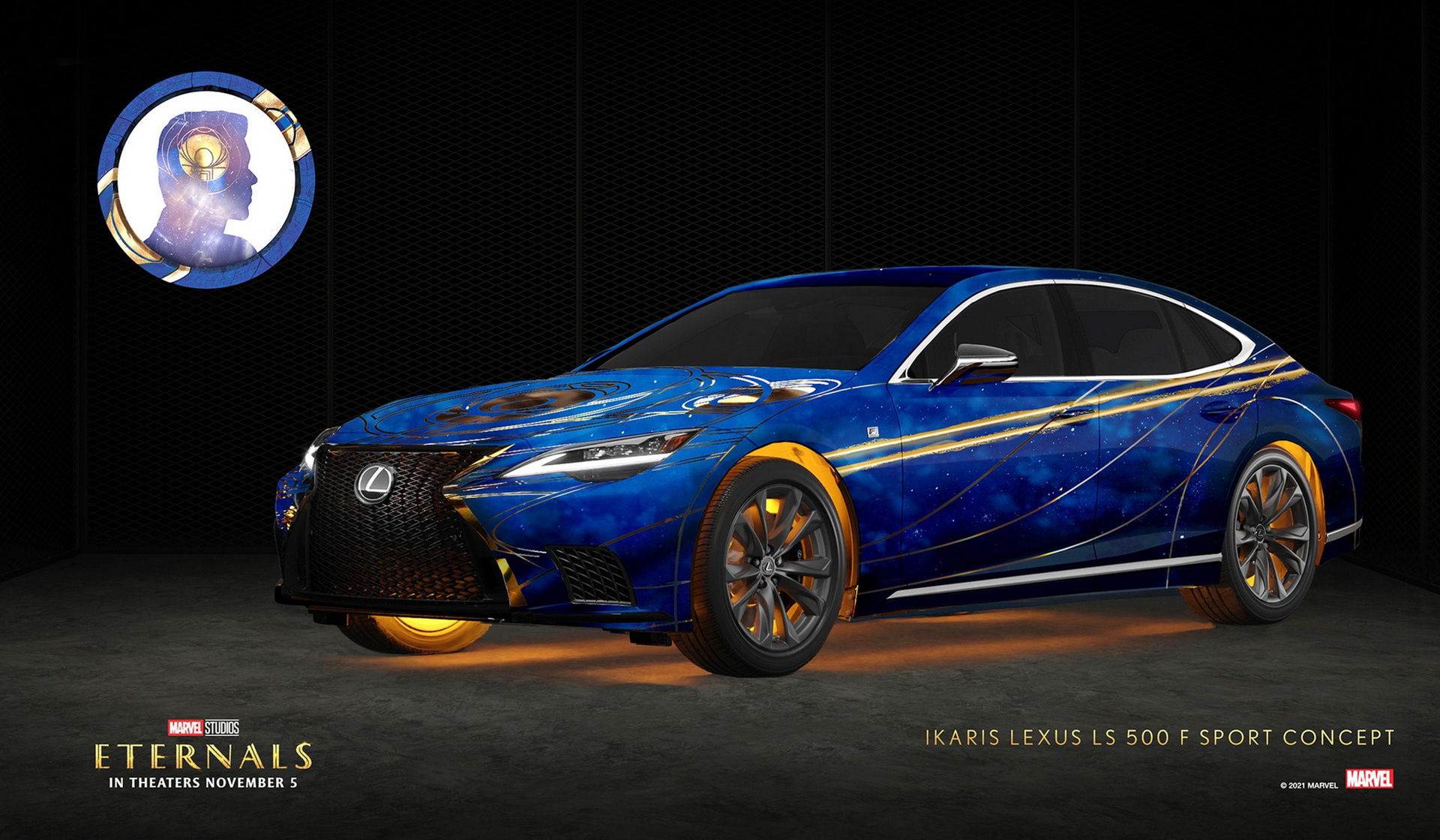 Ikaris x Lexus LS: The LS, Lexus’ flagship luxury sedan, is a match with Ikaris, played by Richard Madden, considered the tactical leader of the Eternals. 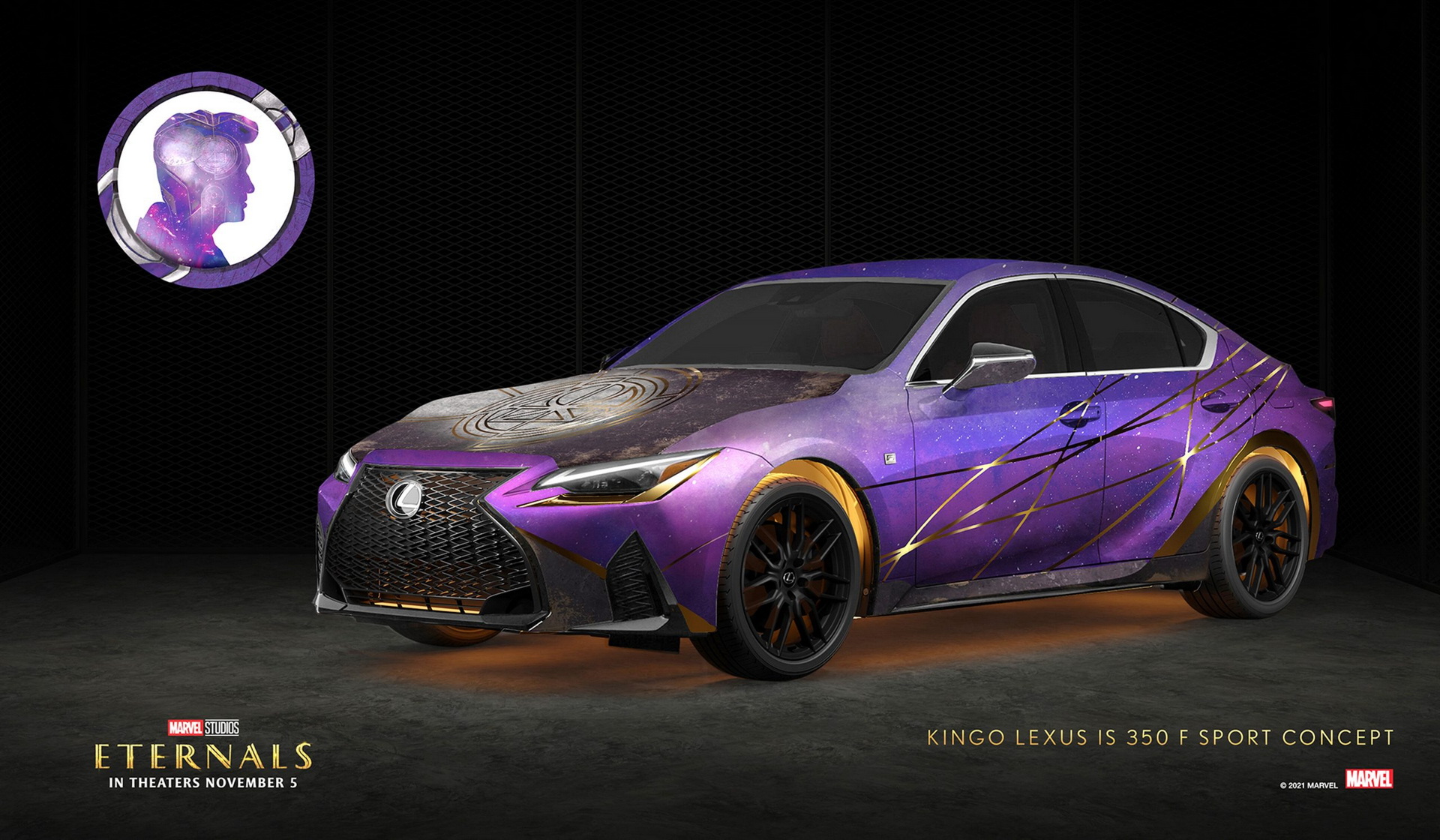 Kingo x Lexus IS: Kingo, played by Kumail Nanjiani, is paired with the bold, powerful Lexus IS, which he drives in Lexus and Marvel Studios’ “Parking Spot” video. 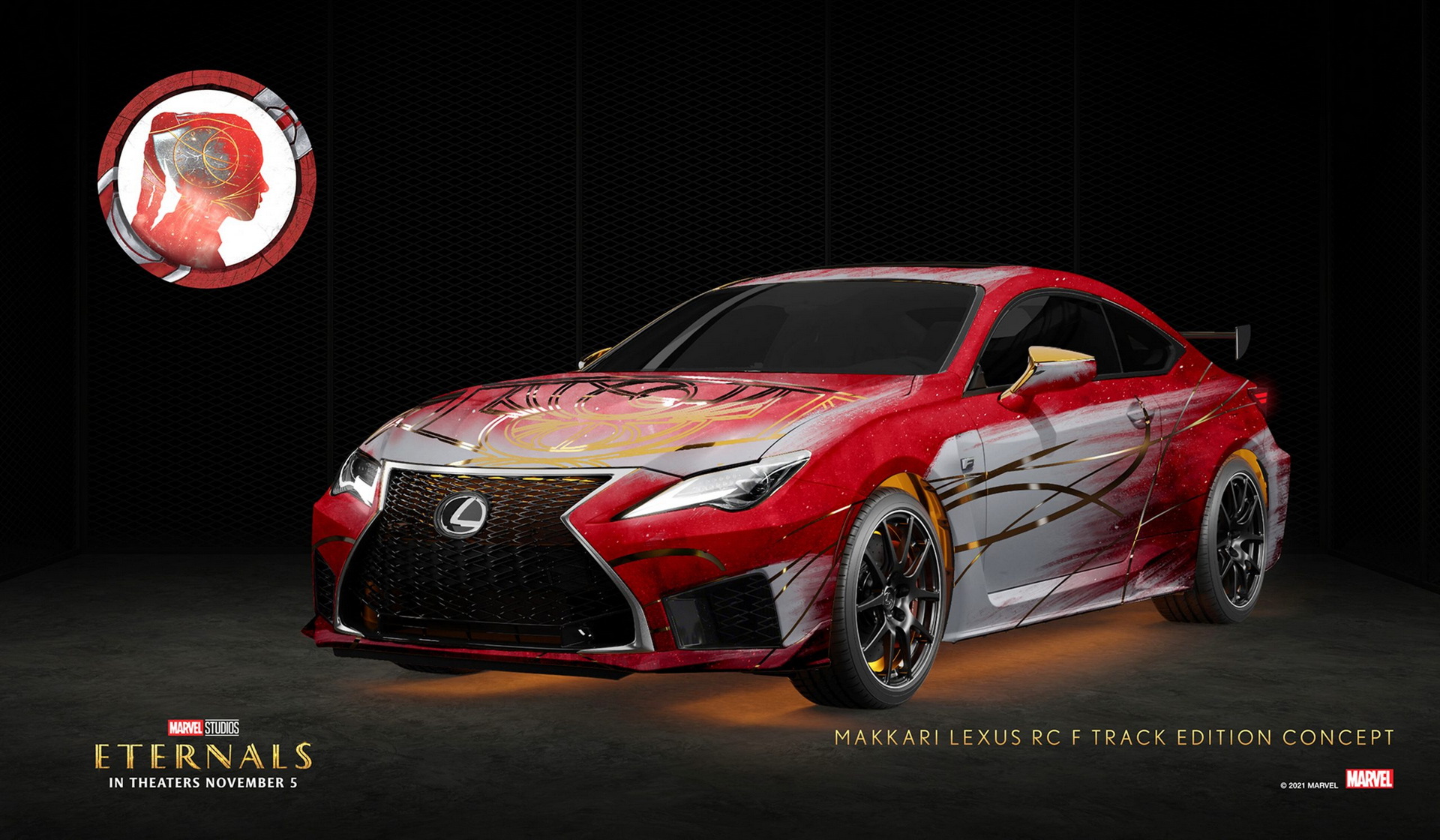 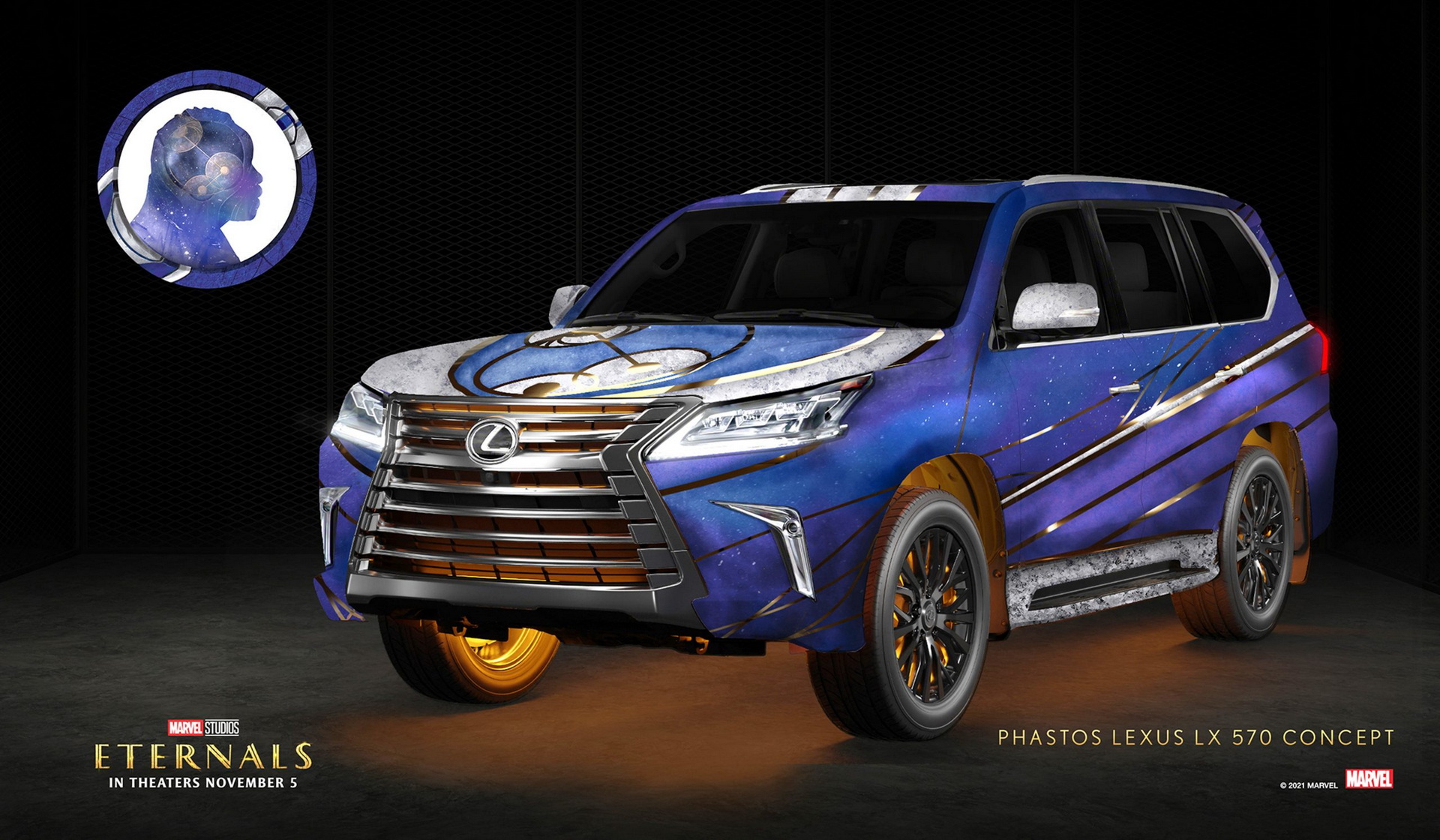 Phastos x Lexus LX: The LX is technologically advanced, making it an ideal fit for Phastos, played by Brian Tyree Henry, the technological guru of the team. 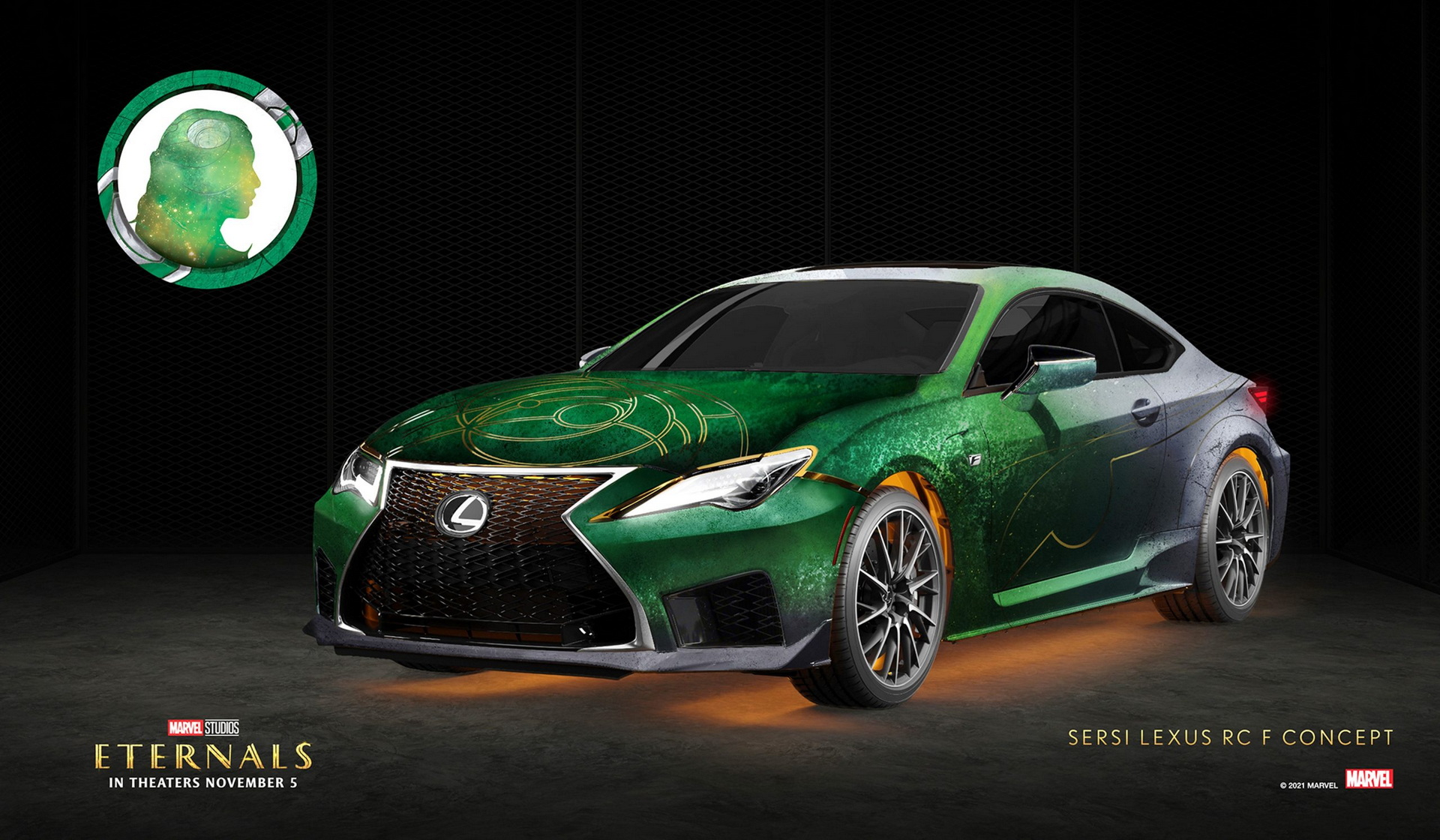 Sersi x Lexus RC F: One of Lexus’ most powerful cars, the RC F, is paired with one of the film’s most powerful characters, Sersi, played by Gemma Chan. 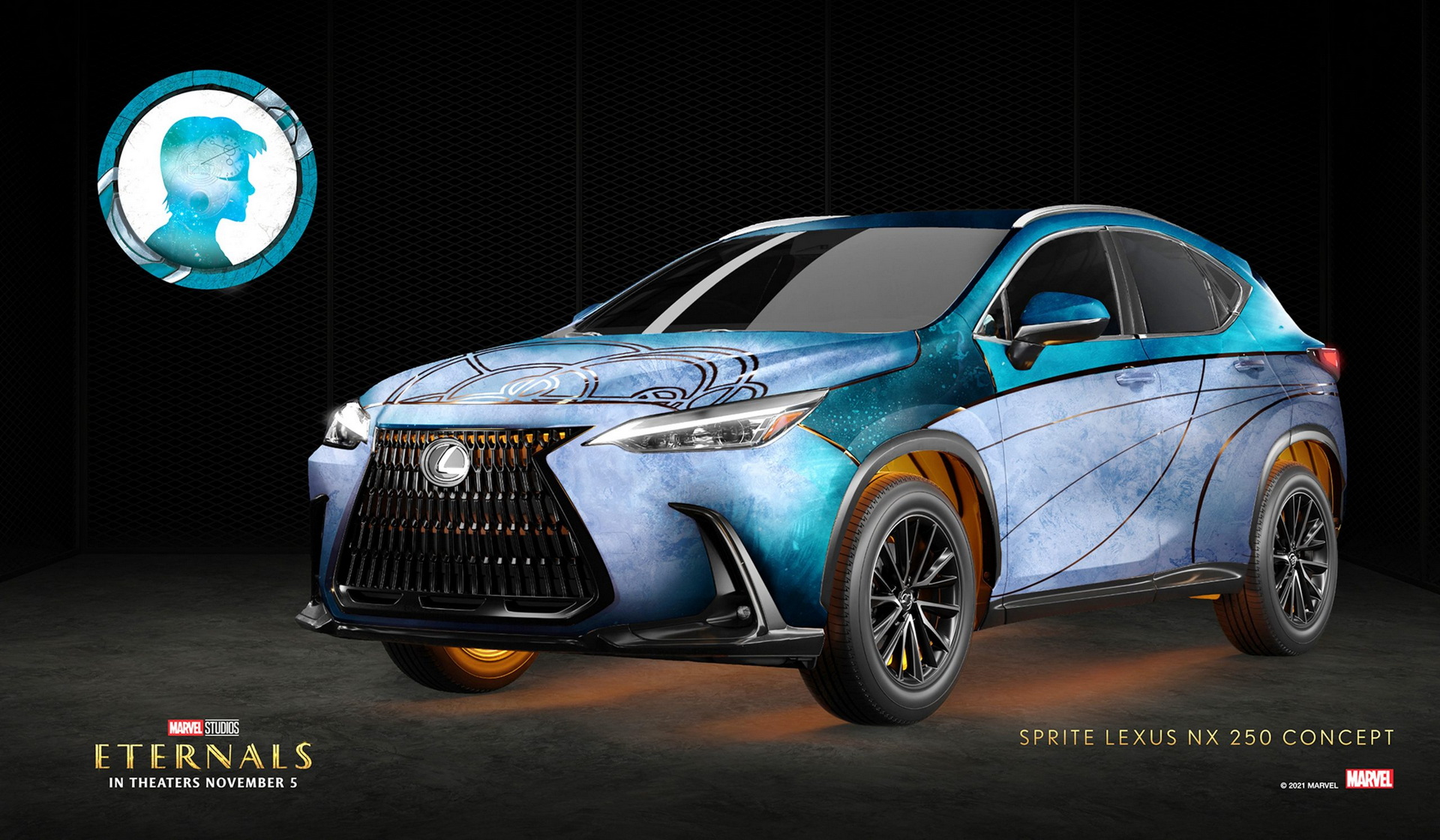 Sprite x Lexus NX: The NX, a crossover that can do anything, is a perfect complement to the illusion-casting ability of Sprite, played by Lia McHugh. 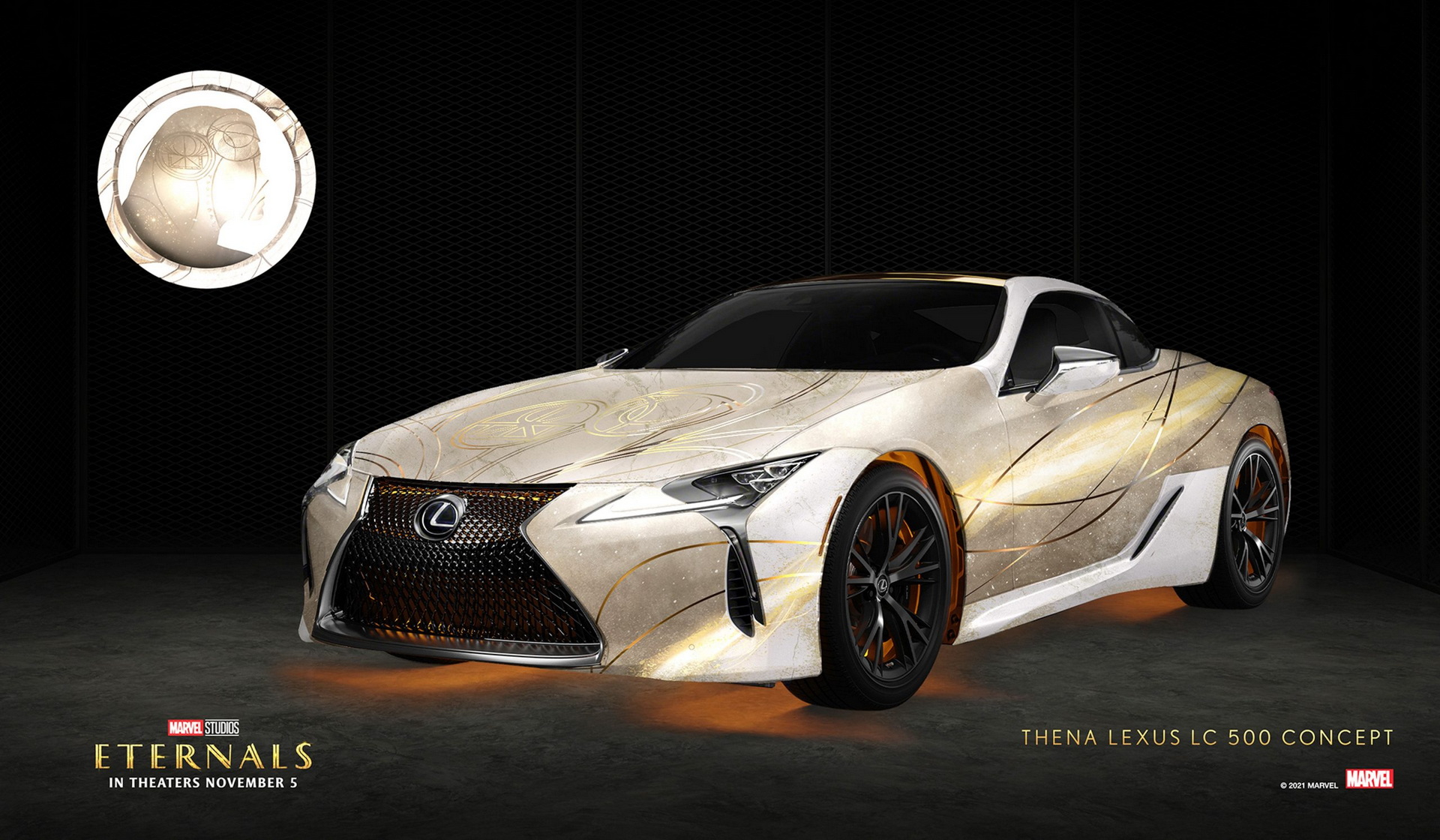 Thena x Lexus LC 500: Thena, played by Angelina Jolie, is a natural fit with the sleek and stylish Lexus LC 500.

“After so successfully telling a co-branded story on the original Black Panther film, we’re thrilled to be teaming up with Lexus once again,” said Mindy Hamilton, SVP, Global Partnership Marketing at Marvel Studios. “Combined with our custom spot directed by the Russo Brothers and starring Kumail Nanjiani in-character as Kingo, these Eternals-inspired vehicles show that exciting collaborative storytelling can extend even beyond traditional media.”

The vehicles will be featured at several media events as well as at the movie’s red carpet premiere today in Los Angeles.