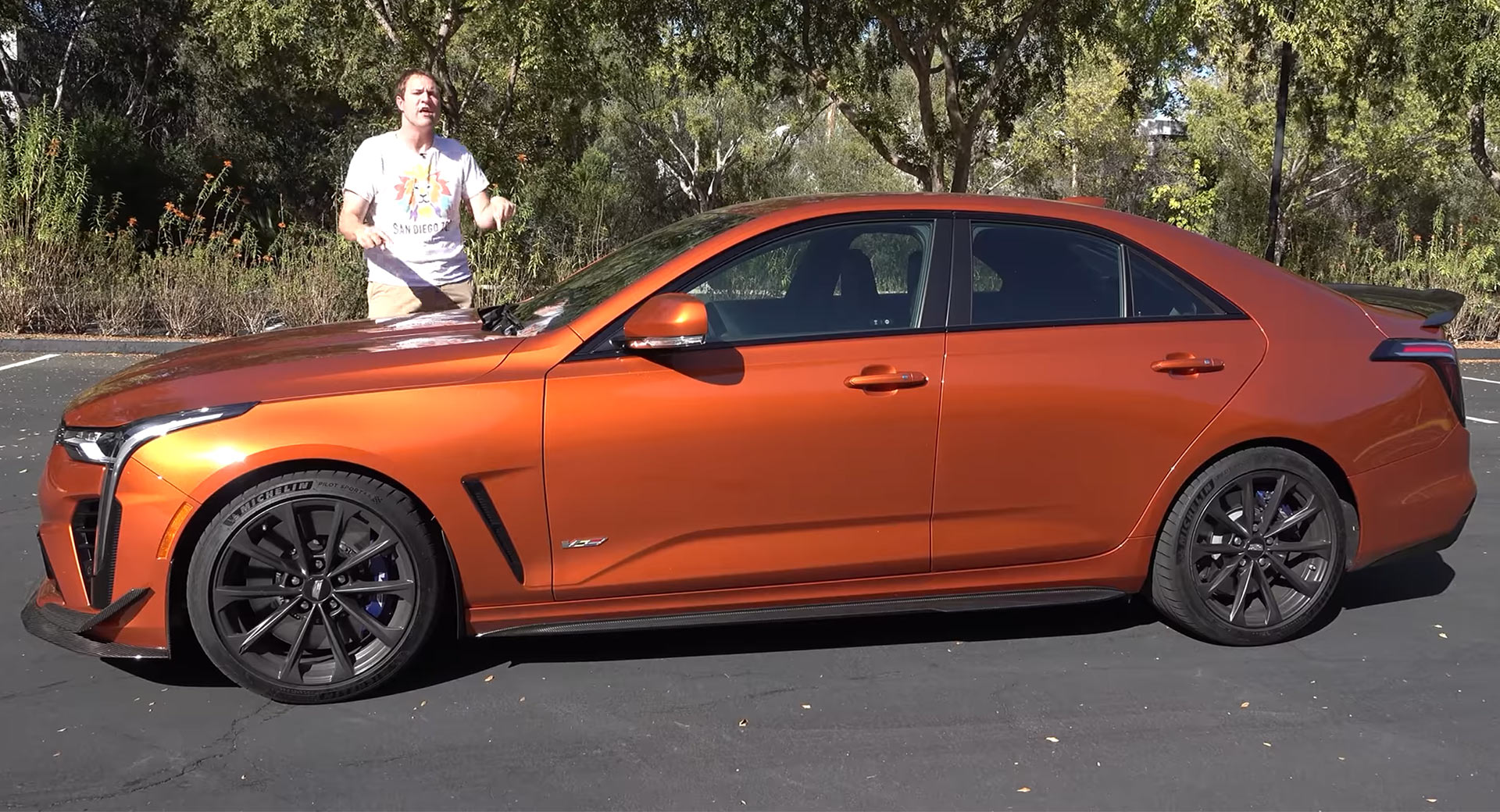 With the new CT4-V Blackwing and CT5-V Blackwing, Cadillac has put the likes of BMW M, Mercedes-AMG, and Audi Sport on notice, offering exceptional performance for much less money than their German rivals.

The CT4-V Blackwing acts as the successor to the ATS-V and carries over the twin-turbocharged 3.6-liter V6 of its predecessor. Importantly, a number of upgrades have been made to the engine, including the fitment of new control software, revised crankshaft counterweights, and an improved air intake. The turbine wheels of the turbochargers have also been tweaked. All up, the engine delivers 472 hp and 445 lb-ft (603 Nm) of torque.

Doug DeMuro recently had the opportunity to put the CT4-V Blackwing through its paces. Typically, the review starts in the cabin.

Towards the end of the video, the popular YouTuber hits the streets in the sports sedan. He says it is a great car to drive in many different ways and is very complimentary of the engine. However, he notes that the CT4-V Blackwing doesn’t handle quite as well as the new BMW M3 and isn’t as sporty or precise.