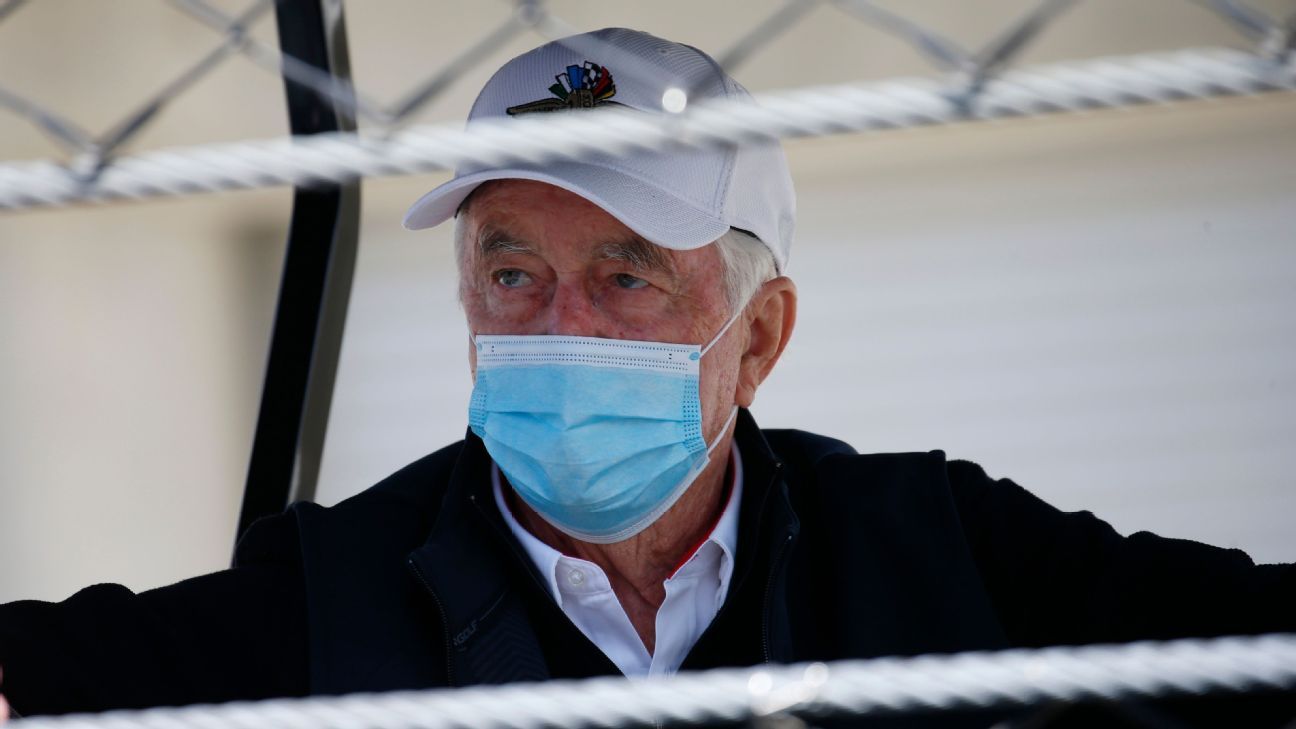 INDIANAPOLIS — Dear smart watch and pedometer manufacturers: I don’t want to tell you how to run your business, but you’re missing out on a sponsorship opportunity during Sunday’s Indianapolis 500. And I don’t mean slapping a sticker on any of the 33 race cars that will be roaring down the frontstretch at 230 mph.

Your products should be riding along at a much slower pace, on the wrist and counting the steps of the distinguished, starched-shirted gentleman who can be spotted endlessly walking the grandstands that surround that straightaway … and every level of the 13-story pagoda that towers above it … and in the offices and garage stalls where those cars are built and dialed-in … and the bathrooms where the men and women who build and dial in those cars go between practice laps and wrench turns.

“I have been coming here since I was 14,” says the 84-year-old, who as he talks starts to sound 14 again. “I thought I knew every inch of this place. But I did not. The Indianapolis Motor Speedway, this is a big place.”

That kid-turned-man is Roger Penske, the business titan and racing junkie who now owns and operates this place and this race that he has loved since that May Sunday 70 years ago. In fact, it was exactly 70 years ago this Sunday when he sat in the stands with his father and watched Lee Wallard’s roadster roll into the winner’s circle.

That was the 35th running of the Indy 500. This Sunday will be the 105th and Penske’s first “real” 500 as the boss. He was robbed of his first May Indy 500 last year by COVID-19, as the race was postponed to August and run without a single fan in the stands.

Now, Penske will get to experience his first Indy 500 as the man in charge — in May — with fans. Even limited to 40% capacity by local pandemic ordinances, the sellout crowd of 135,000 will be the largest gathering of human beings on Earth since the planet was closed in March 2020. That number was reached because Penske and his team met with local and state health and government officials, again and again. Weeks ago, it still looked as if there might be no fans for May. Under Penske’s applied pressure, a compromise was reached.

“These are all steps in the right direction, steps toward opening up not just this place, but America,” says the man who has won a record 18 Indy 500s as a team owner and will have four Team Penske cars in the field on Sunday (as the big boss, he won’t be in the pits, but upstairs in race control). “It’s all about returning to what feels normal, what makes you feel like your life is back where you want it to be. For me, that’s returning to a full crowd enjoying all the events that make the Indianapolis 500 such an important part of so many people’s lives, and that’s not just the race — that’s every piece of the experience for every fan.”

The billionaire grins. “And that includes me. In the end, I’m still a race fan first.”

Penske has missed very few 500s since that first in 1951, and most of those absences were because of politics — and much of that he admits was by his own doing. The mid-1990s were marred by an American open wheel racing schism between the family that owned IMS and the bulk of the teams that raced there, largely led by Penske. It wound up pushing him so far away from the 500 that he feared he might never return.

It was 25 years ago this week, on May 26, 1996, when Indy ran the race without Penske and wouldn’t welcome him back for another five years. He certainly couldn’t have foreseen during those dark days that one day he wouldn’t simply return to race at Indianapolis Motor Speedway — he’d own the deed, sold to him by the very family he’d fought with so bitterly 25 years ago.

The descendants of Tony Hulman, the man who saved the dilapidated Speedway from the wrecking ball following World War II, had once singled out Penske as the face of their enemy. But when they approached him secretly in 2019, they did so because they knew that the man known as “The Captain” loved Tony Hulman’s racetrack entirely too much not to take the best care of it.

The deal — worth an estimated $300 million and including the entire IndyCar series — was finalized the first week of 2020, when that year was still full of promise and hope and not yet, you know, 2020. Even before the deal was finished, Penske had started his strolls of the grounds and his handing out of marching orders for capital improvements, spending $20 million on everything from HD video screens in fan zones to LED lighting in the bathrooms.

Did you know that if you replace flat-top garbage cans with ones that come to a point, it drastically cuts down on the amount of random trash that piles up because people aren’t able to set it down atop the cans? Penske learned that by going to Disneyland and studying how the Happiest Place on Earth stays so clean.

“Anyone who has ever worked with him, for him, or even raced against him knows that nothing gets by Roger,” says Will Power, the longest tenured of Penske’s three drivers. “You don’t accomplish what he’s accomplished by letting things fall through the cracks.”

What Penske really wants to keep from slipping through those cracks are the people who, like him, have been coming to the Speedway their entire lives, some for multiple generations. That starts with updating the toilets. But it continues by making sure that the most hallowed ground of their sports lives remains a constant part of those lives.

When last year’s 500 was pushed out of May, Penske made sure the racetrack stayed a focal point of civic activity. It hosted high school and college graduations throughout spring and summer. A facility that could hold a dozen NFL stadiums in its infield provides more than enough room for social distancing.

When 24-year-old Indianapolis police officer Breann Leath was gunned down in April 2020, her funeral was the first ever hosted by IMS, with so many fellow officers arriving to give their respects that their police cars lined the entire 2.5-mile rectangular racing surface. The Speedway has also hosted thousands of people in need during the pandemic, first with drive-through testing and now with drive-through vaccinations.

“We have vaccinated more than 90,000 people, right here in Gasoline Alley and on pit road,” Penske said proudly on Friday morning. “If you want to get vaccinated today, I can take you there. We’re doing them all weekend. The race wasn’t going to stop that.”

Penske loved to roll large numbers of numbers: 90,000 vaccinations, 235,000 seats (his employees swear he counted them himself), 135,000 tickets sold this May, but also 60,000 ticket credits already applied to next May. He even knows that Indianapolis Motor Speedway Productions, the in-house TV production company, has 150 cameras pointed at the racetrack.

Every number The Captain rattles off is part of a larger math problem to which there is likely never to be a final sum. It’s all moving too fast for that. The numbers never stop adding up. Kind of like his step total as he perpetually paces around the 560-acre racetrack he now owns.

“As racers, patience isn’t really something we’re very good at,” Penske says less than 48 hours from the green flag of his first “real” Indianapolis 500. “But a lot of people have shown a lot of patience as we have worked toward this goal of this race on Sunday. Then, as soon that happens, we’ll move the goal and start after it again.”

One step at a time.