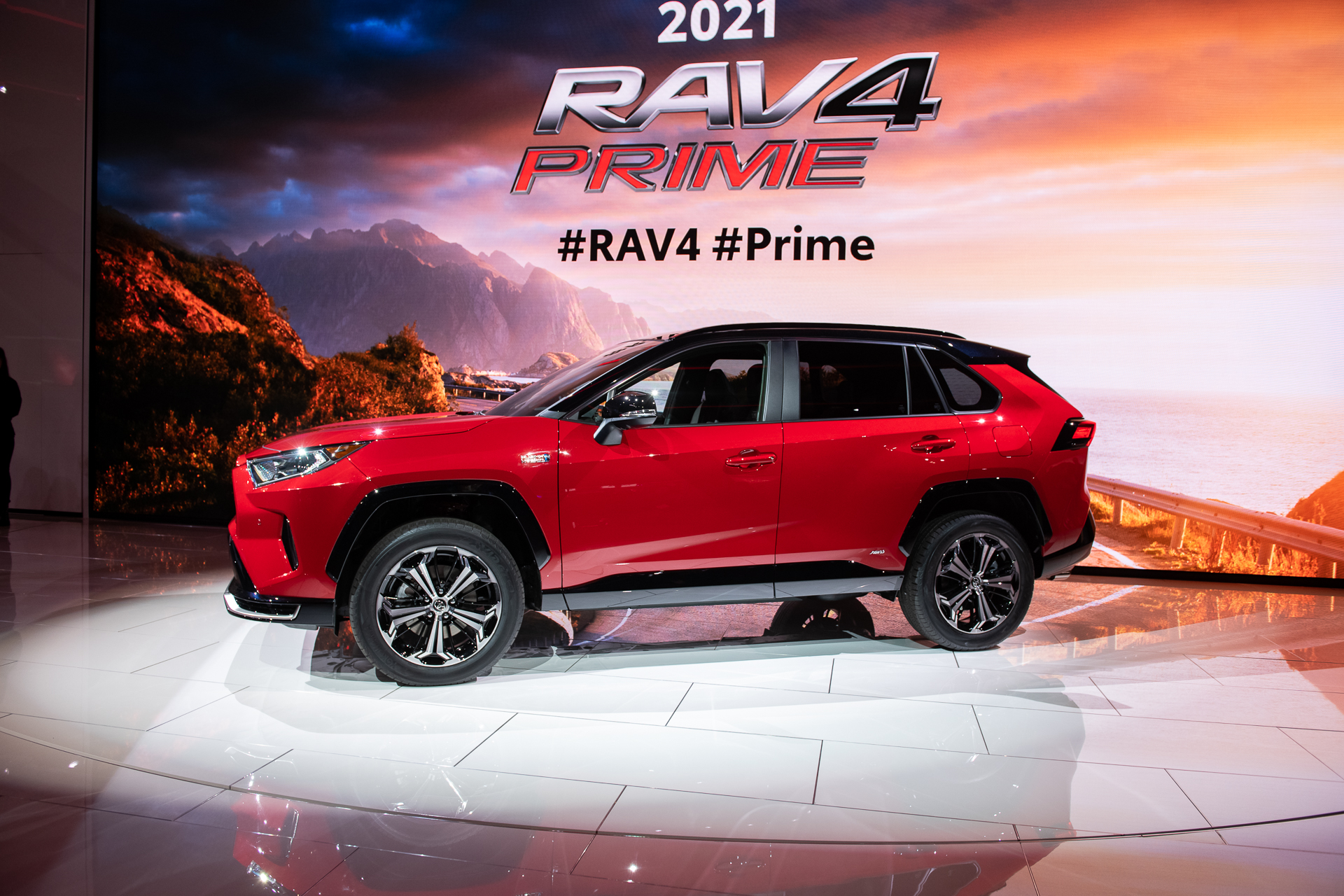 Toyota on Tuesday confirmed a bit of a shocker, pun intended.

The automaker confirmed details for its 2021 Toyota RAV4 Prime plug-in hybrid crossover, due next year, which adds a bigger hybrid battery to its hybrid powertrain that can power the crossover up to 39 miles on electric power alone. The crossover will make 302 combined horsepower and drive all four wheels, and speed up to 60 mph in less than six seconds—the second-fastest Toyota in the lineup.

With the 2021 RAV4 Prime, Toyota offers an ultra fuel-efficient vehicle with unexpected performance potential. (Eds note: It wouldn’t be the first time, the performer in the Lexus lineup for years was the LS hybrid sedan.)

Like the RAV4 Hybrid, the RAV4 Prime is powered by a 2.5-liter inline-4 that makes 176 horsepower and 168 pound-feet alone. In back, electric motors drive the back axle and wheels when there’s less grip up front, or in sporty driving to help mitigate understeer. Toyota didn’t specify the size of the batteries nor the power output of the electric motors. Interior space isn’t compromised, according to Toyota, since the lithium-ion battery pack mounts under the floor, which also provides a lower center of gravity. 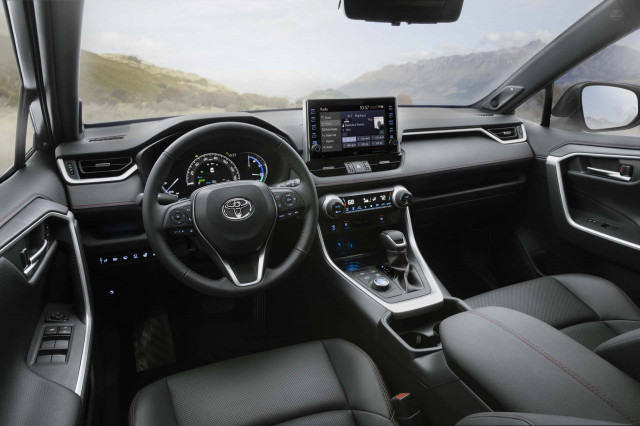 Reflecting the character of the RAV4 Prime, Toyota will make available the plug-in hybrid in sportier SE and XSE grades—the latter adding a two-tone black roof, 19-inch wheels, and Supersonic Red color. Inside, the XSE adds synthetic leather upholstery, wireless smartphone charger, and paddle-shifters. The paddle-shifters not only virtually downshift, but also control energy recuperation for the battery pack.

Toyota didn’t say how much the 2021 RAV4 Prime would cost when it goes on sale in the summer.