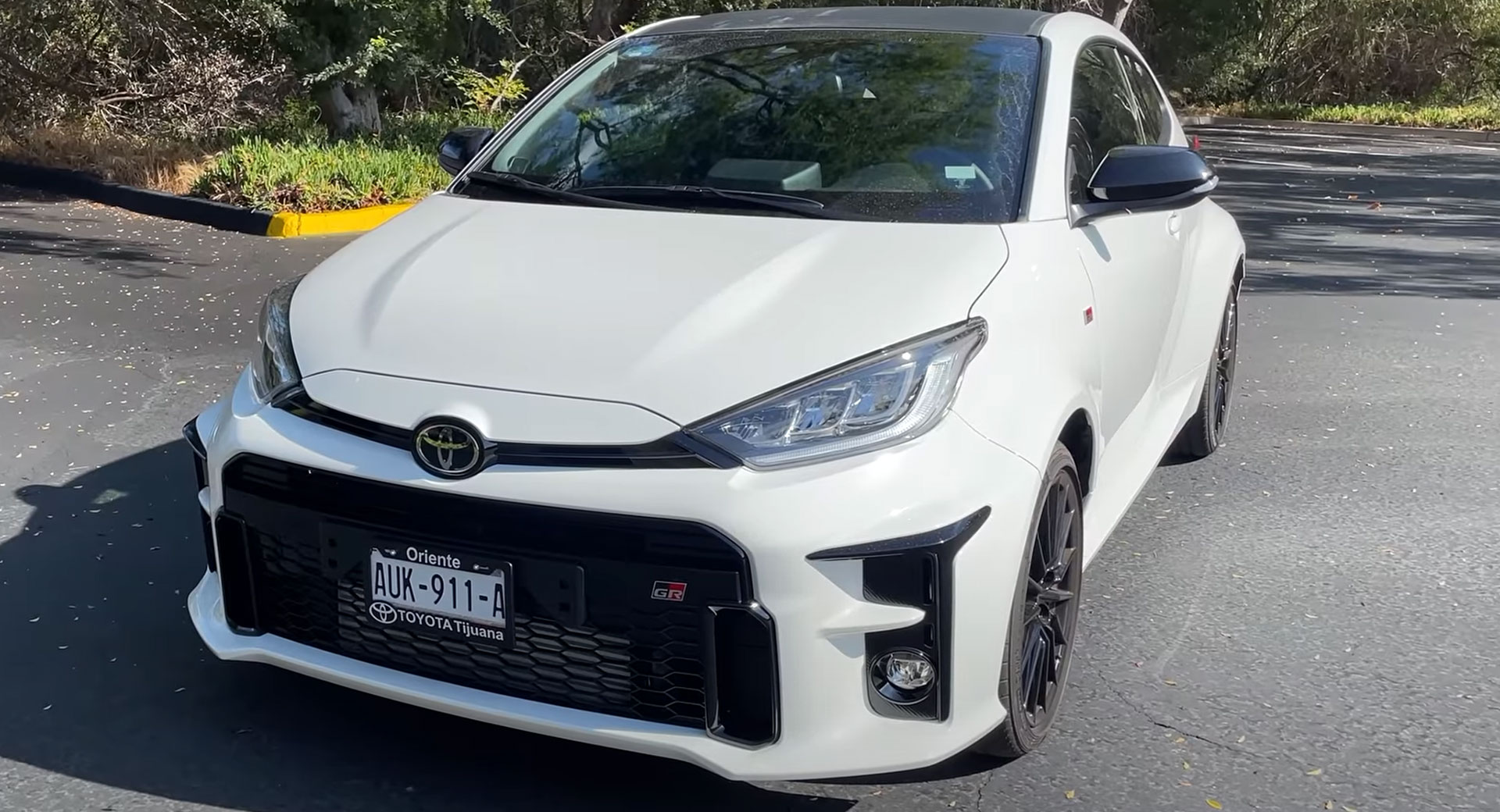 The Toyota GR Yaris is one of the most talked-about hot hatches to launch in the last decade and Doug DeMuro recently had the opportunity to test it out.

Sadly, the GR Yaris is not sold in the United States so the example featured in this review is actually a Mexican model that the owner drove up to California for DeMuro to drive.

If you’re like us, you’re probably quite familiar with the story about why the GR Yaris came into existence, as well as its overt exterior design and relatively simplistic interior. The real action from this review starts at the 17:30 mark when DeMuro heads out onto the road and actually starts to drive it.

Read Also: 2021 Toyota GR Yaris Is A Great Hot Hatch, But We Do Have Some Gripes

Powering the GR Yaris is a 1.6-liter turbocharged three-cylinder that musters up an impressive 257 hp and 266 lb-ft (360 Nm) of torque. However, in some markets, including Japan and Australia, the engine is tuned to 268 hp and 273 lb-ft (370 Nm). Either way, it is fast and DeMuro is immediately blown away by the performance of the car.

The veteran reviewer is so impressed with the performance of the engine that he says it almost feels like a six-cylinder. He is also very fond of the action of the clutch pedal and the shifter of the six-speed manual transmission. He also notes that there is very little body roll when throwing the GR Yaris through corners and says that it has some of the same feel as the iconic Lancia Delta Integrale Evolution.