Airport parking lots are huge and sometimes you may have a hard time locating your car after a long flight. Unlike most travelers who eventually find their way back to their cars, there are a few vehicles that have been abandoned for unknown reasons. The Pittsburg International Airport decided it was time to clear up its parking spaces and put nine such vehicles under the hammer with the help of Joe R. Pyle Auctions.

The vehicles on the list were left untouched for at least two years, which kind of eliminates all hope of their previous owners coming back to collect them. We could speculate for hours on what could have happened but the truth is that we will never know why those people left their cars behind, sometimes together with a few of their belongings.

See Also: Why Dubai Has Supercars Just Lying Around Abandoned 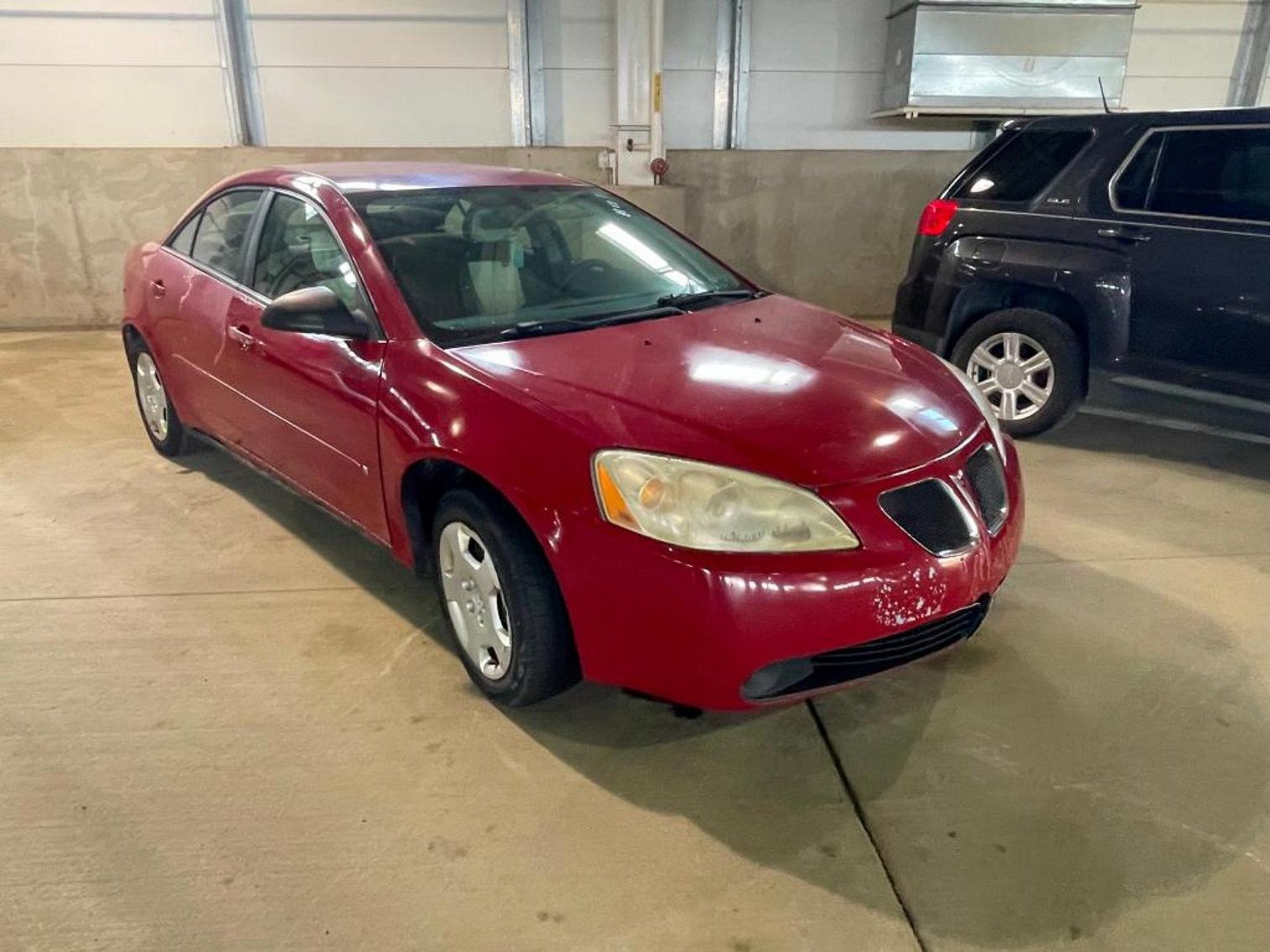 The new owners must be brave since there is no vehicle history and in most cases no keys. However, we guess that in auctions like this you will be able to get them at a low price so it makes sense.

Some of the vehicles going under the hammer are in a pretty bad shape, like this 2007 Pontiac G6 sedan with plenty of rust on the side sills, damaged red paint, and a broken taillight among other issues. 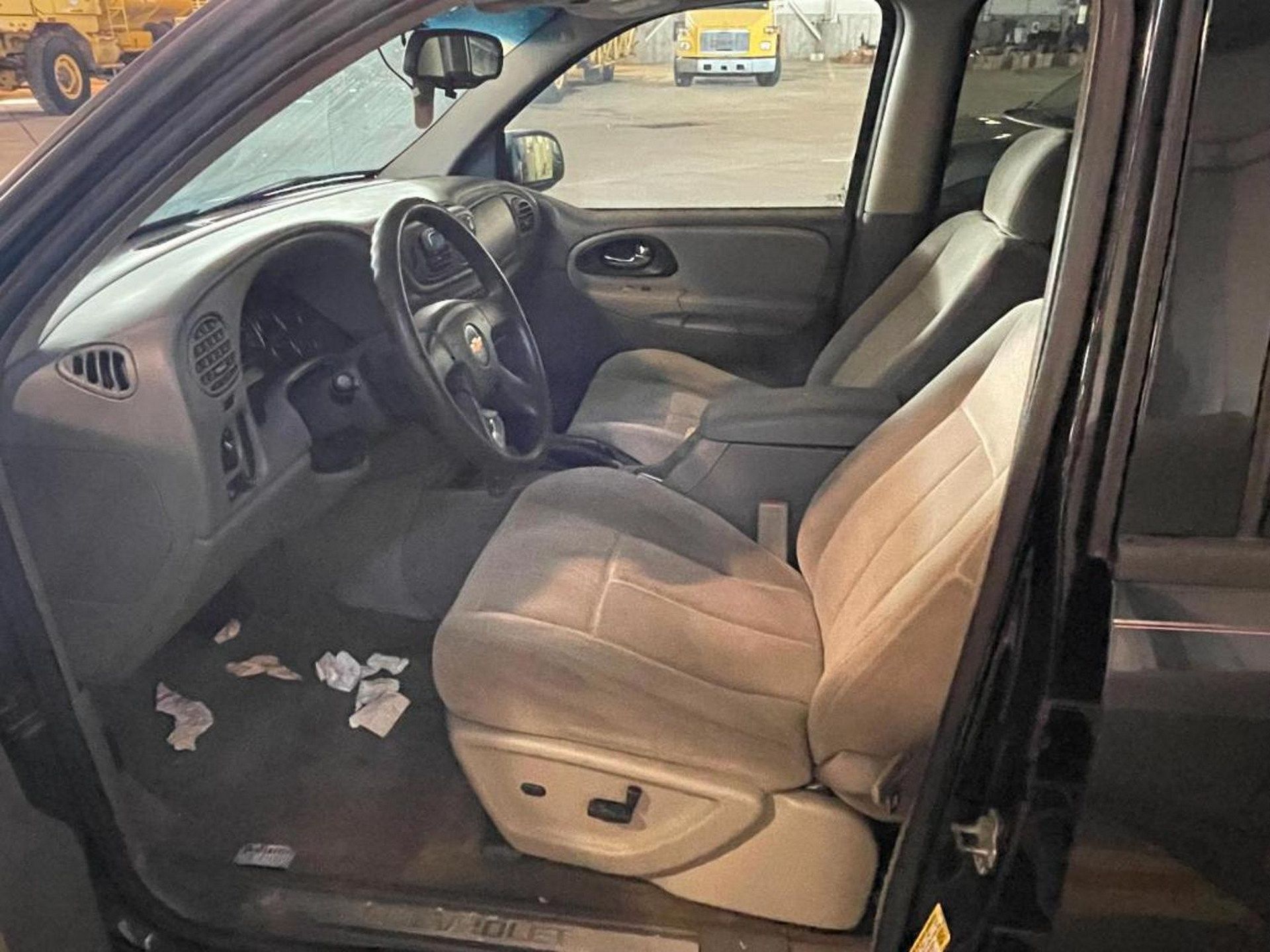 Another example that is not in an ideal state is this black 2005 Chevrolet Trailblazer LS. It might seem ok from certain angles but look closely and you will notice dirty tissues on the driver’s footwell, trash on the rear seats, a front bumper that is hanging from one side, and a flat tire.

Of course, those are only the visible issues since we don’t know what could be wrong with the 4.2-liter six-cylinder engine under the bonnet, the four-speed automatic transmission, or the electrical wiring. 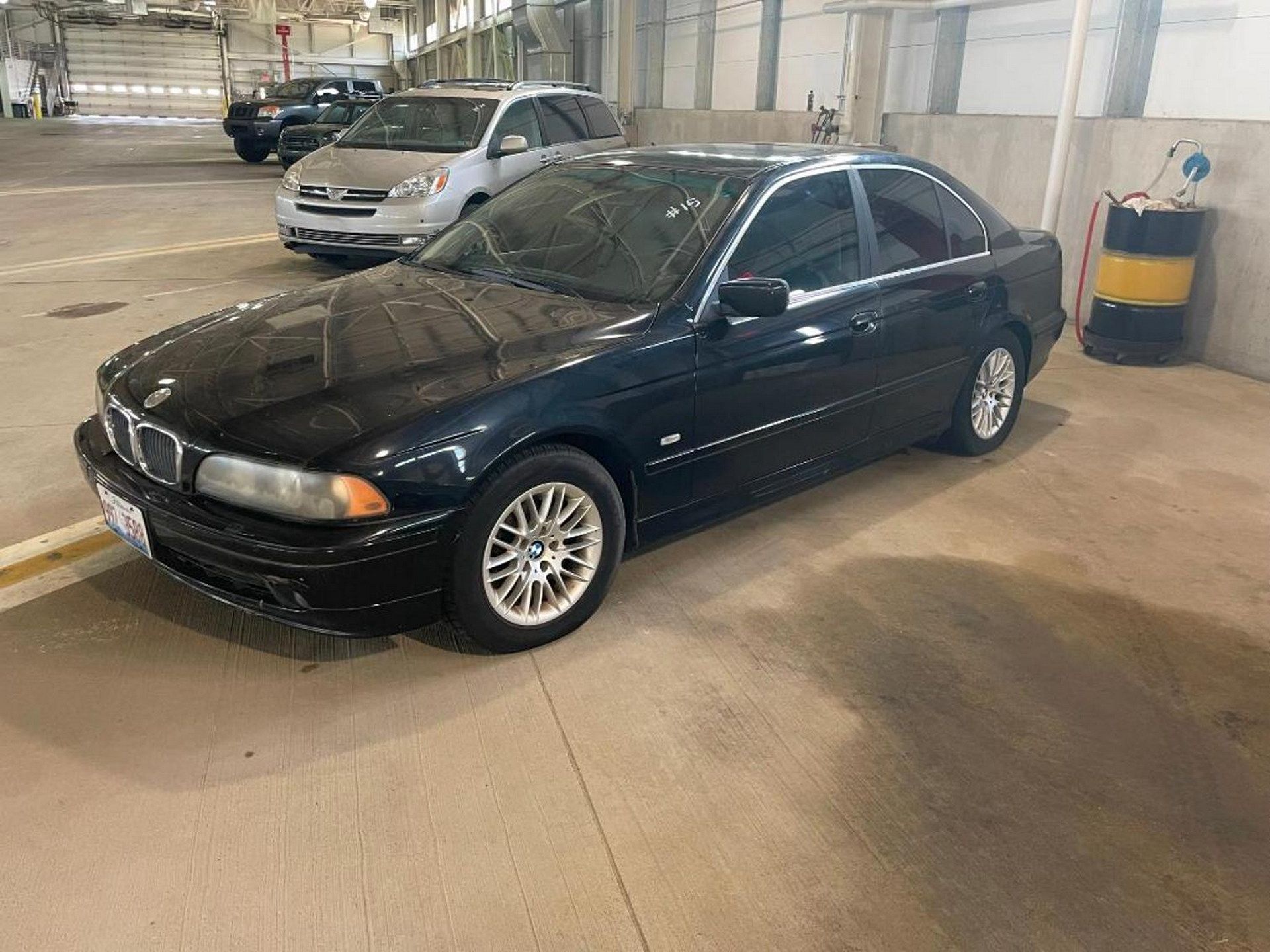 Moving on to more interesting finds, there is a black E39 5 Series with tinted windows, factory-spec alloy wheels, and wooden interior trim. Being a 2002 BMW 530i means it is fitted with a 3.0-liter six-cylinder producing 228 hp sent to the rear axle through an automatic gearbox.

Both the exterior and the interior are in decent condition and with a little work on the headlights, it could become a very cool ride. Whoever buys that BMW will also keep the jacket and the umbrella found on the rear seats, as a “gift” from the previous owner. 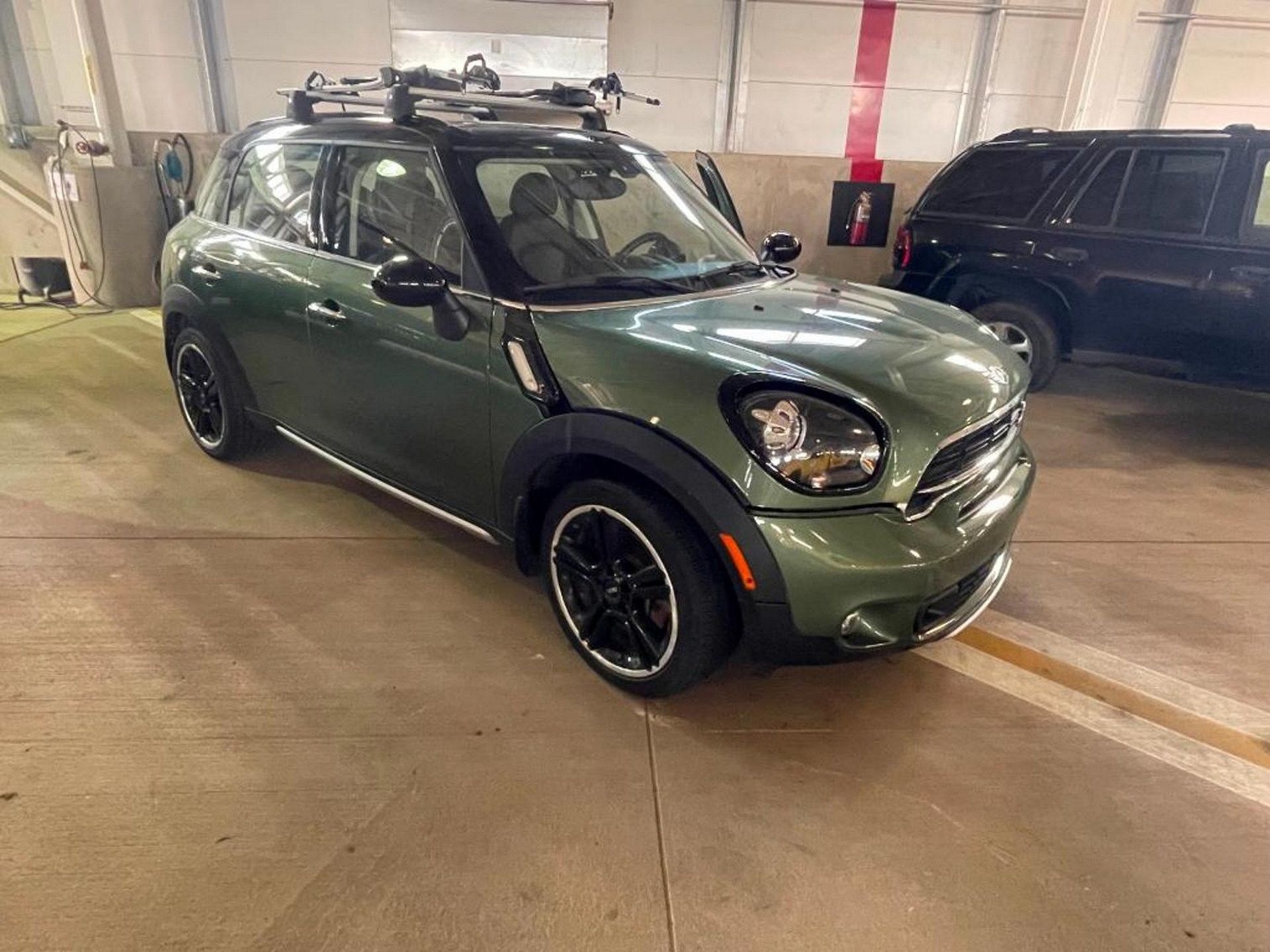 A 2015 MINI Countryman Cooper S is by far the most interesting vehicle offered in this auction since it is only six years old and appears to be in an immaculate state. What is more interesting than the sporty styling of the previous generation Countryman is that the Cooper S variant was fitted with a turbocharged 1.6-liter engine producing 188 hp offering more than decent performance.

The pictured model comes in green with black alloy wheels and a roof rack. The leather-upholstered interior is surprisingly clean for a vehicle that was left parked for more than two years. It also comes with a key but unfortunately, it doesn’t start, which, after sitting there for so long, could be due to a dead battery.

See Also: Why Buy An SUV When You Can Have A Toyota Sienna? 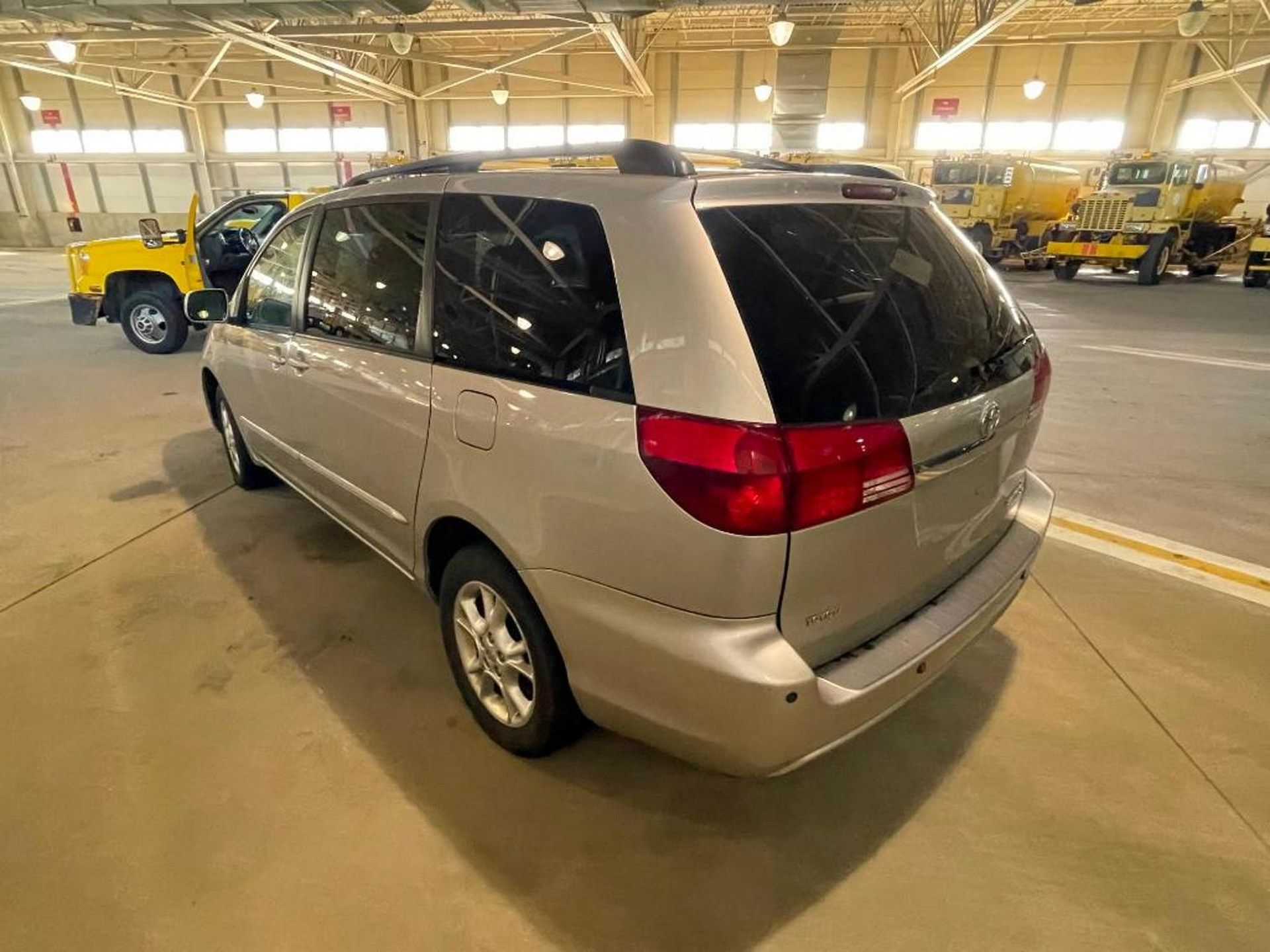 A less inspiring but significantly more roomy vehicle is this 2005 Toyota Sienna. You are probably thinking of a Pennsylvanian family leaving for holidays and not coming back but look inside and you will see only four individual seats, each with their own armrests. This configuration leaves plenty of space for cargo. The paint might look like it came from the ’90s but is still fresh, like the wooden trim on the steering wheel and dashboard. 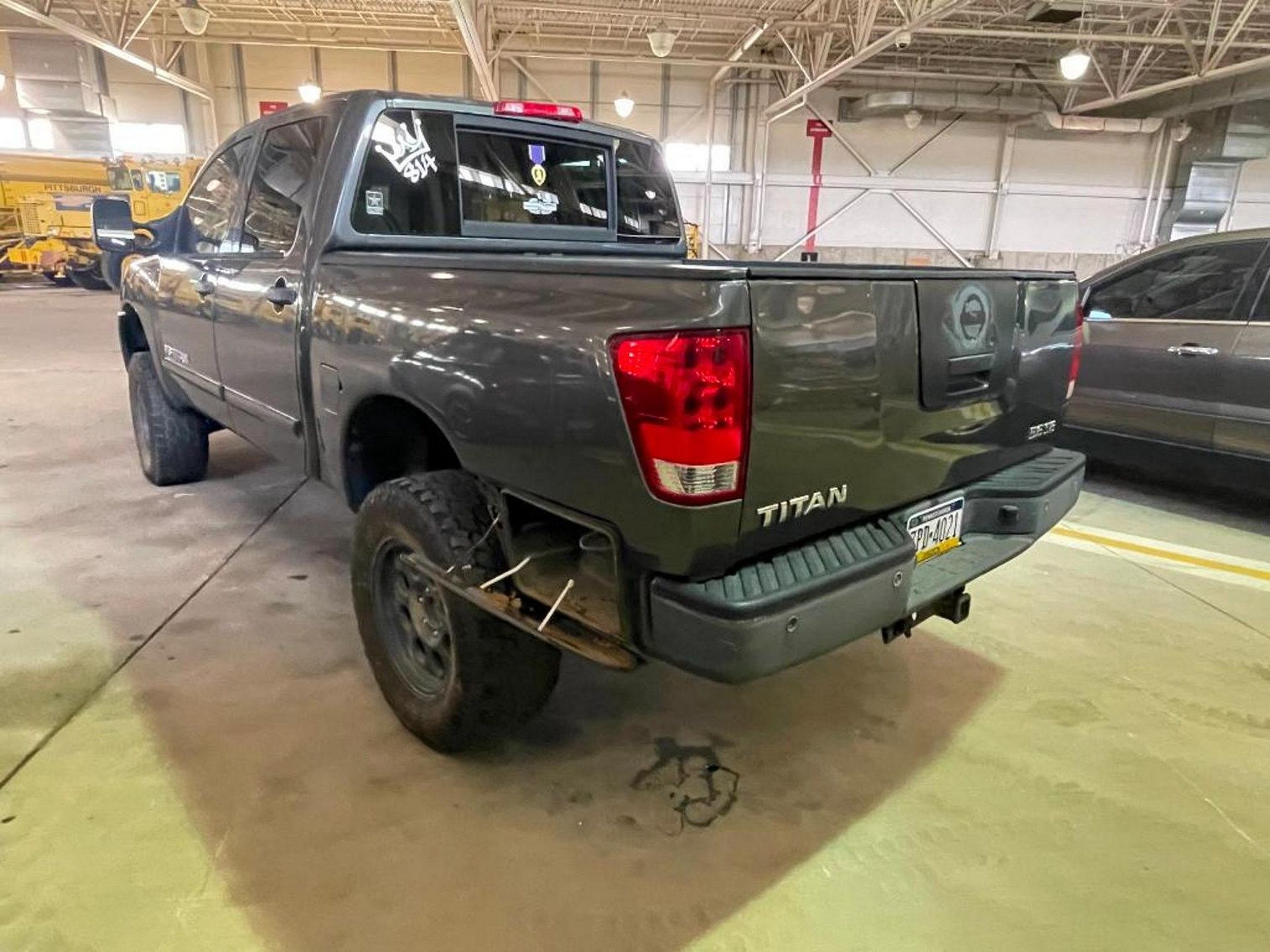 If you fancy pickups, then this 2009 Nissan V8 Titan 5.6 SE might be the right fit for you. This dual-cab workhorse has seen better days but everything will look better after a deep cleanup that is so much needed – especially in the cabin which is full of different kinds of garbage.

See Also: There’s A Field Full Of Abandoned Porsche 928s In California, Which One Would You Rescue First?

The oldest vehicle of the bunch is a 1999 Nissan Maxima GLE with an opened can of energy drink on the center console and some kind of clothes/sheets on the rear seats. There is also a 2009 GMC Acadia, and a more modern 2013 GMC Terrain SLE.

The auction is scheduled for next Saturday, October 23 at 12.00 pm in Pittsburgh, and doors will be open from 8.30 am for inspection. Besides the forgotten cars, the auction will also include a few of the airport’s retired maintenance vehicles/machinery, as well as several lost and found items (jewelry, smartphones, tablets, clothing etc.).