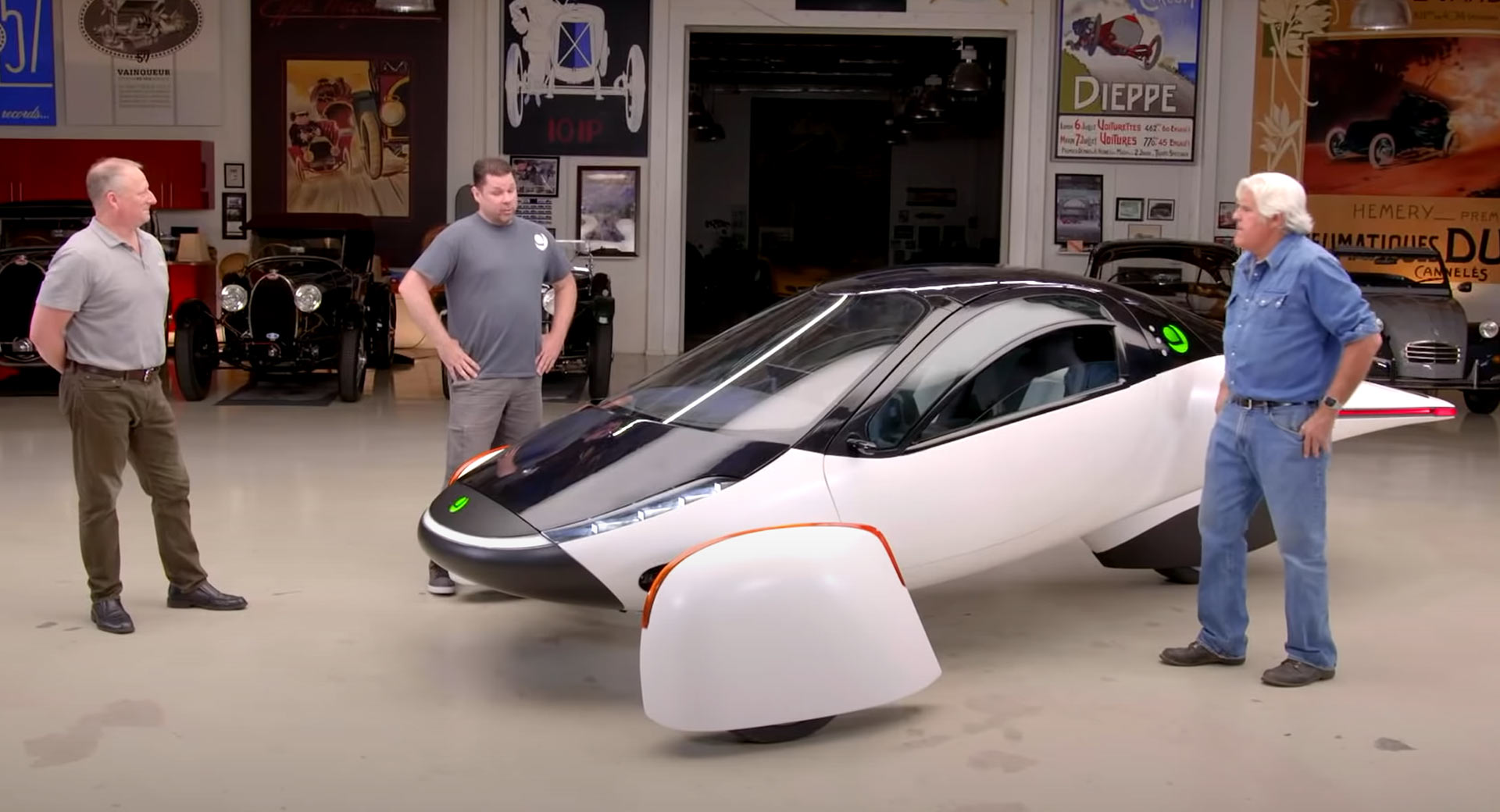 In terms of odd-looking production cars, it’s hard to beat the Aptera 3 EV that was unveiled late last year.

The Aptera 3 EV takes the form of a three-wheeler with an aerodynamic design that has a 100 kWh battery pack and a drag coefficient of just 0.13. Aptera claims it can travel more than 1,000 miles (1,600 km) on a single charge and recently brought along a prototype for Jay Leno to put through its paces.

Efficiency was at the forefront of Aptera’s mind when designing its first EV. As such, much of the exterior has been clad in solar cells that can add up to 40 miles (64 km) of range during a typical sunny day. Aptera also plans to sell variants with a 25 kWh, a 40 kWh, and a 60 kWh battery pack.

Leno had the chance to speak with the two co-CEOs of the company about the car and learn all about the vehicle’s intricacy. The example in question is an alpha prototype that will be followed up by beta and gamma prototypes, and then the eventual production model.

Aptera says it will offer the 3 EV with a host of different electric motor options, including a front-wheel drive model that will hit 60 mph (96 km/h) in around 5.5 seconds and a three-wheel drive variant that should need just 3.5 seconds to hit the same mark. The company is also particularly proud of how quickly the car can charge, noting that it can charge at 500 miles (804 km) of range per hour through a DC fast charger. When plugged into a standard wall outlet, 200 miles (322 km) of range can be added overnight.