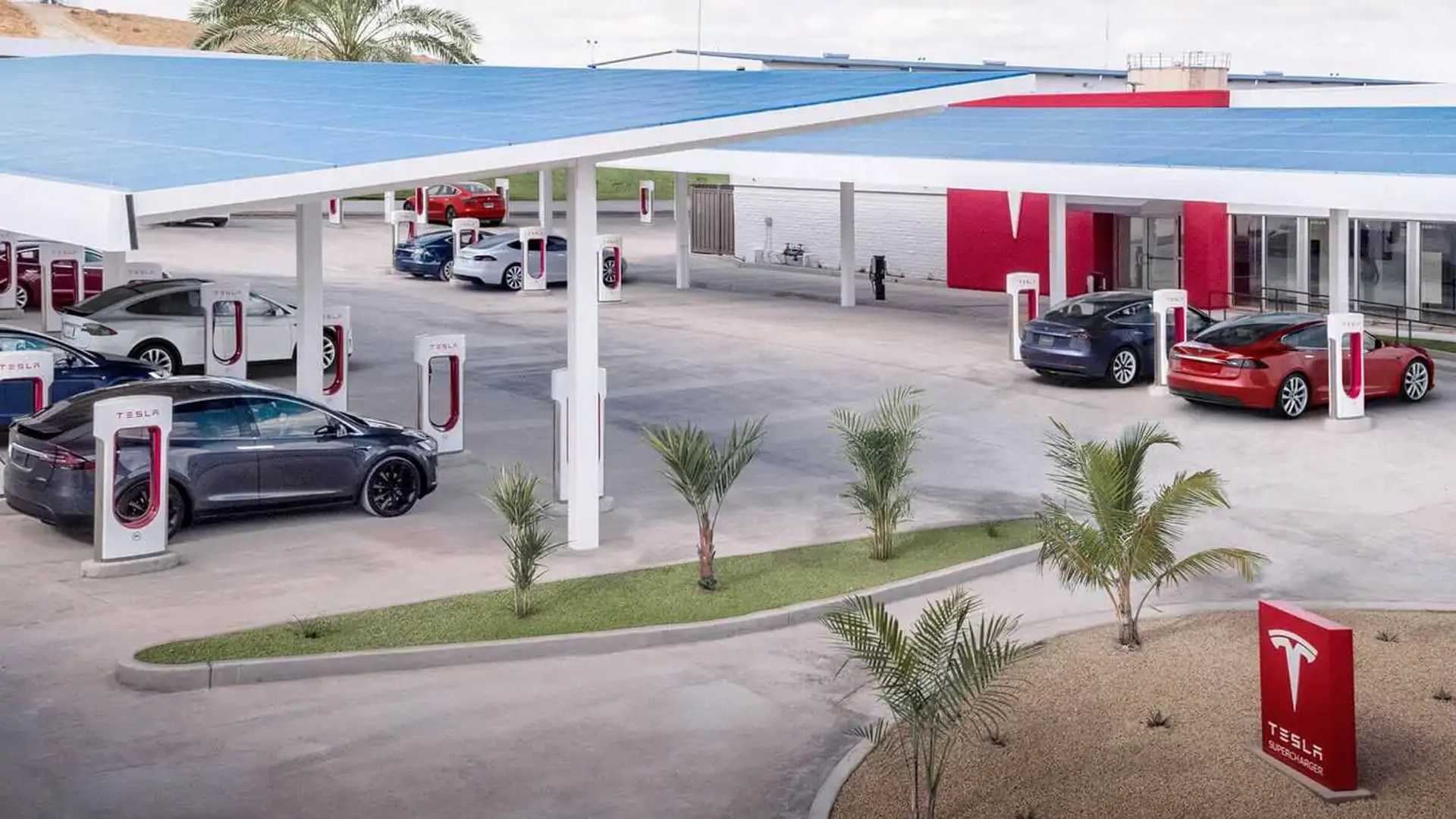 Tesla expands its Supercharging capacity in Kettleman City, not far from the Tesla Factory in Fremont, which already had one of the largest and most popular 40-stall station.

At the time of installation in 2017, it was one of the largest and the first with a solar canopy, Powerpack energy storage systems and a lounge.

According to the company’s website, another location is coming nearby and it will be equipped with 56 stalls (V3 250 kW). That would increase the total output in the area to 96.

The photos of the site, available on the Tesla Motors Club forum (via Teslarati), show an advanced stage of construction with basically all the stalls installed. General construction work still needs to be completed.

According to supercharge.info, bigger stations in the U.S. are at the Harris Ranch (80 stalls), Central Santa Monica (62 stalls) and Firebaugh (56 stalls) – all three in California and both with V3 250 kW chargers.

The largest stations in China are in Shanghai with 72 and 64 stalls, but the power is limited to respectively 120 kW and 145 kW.

In the coming weeks, Tesla is expected to release new data about the network, which as of the end of June had almost 3,000 stations and 26,900 individual connectors (stalls).

In the future, the network might also get a power boost to new peak level of 300 kW, and become available to other EVs, through an app, but probably initially only is some markets in Europe. In the U.S. ,it will require an adapter or an addition of CCS1 plugs at Superchargers.